Students sent home early in Scranton after what was believed to be a bobcat was spotted in the school. 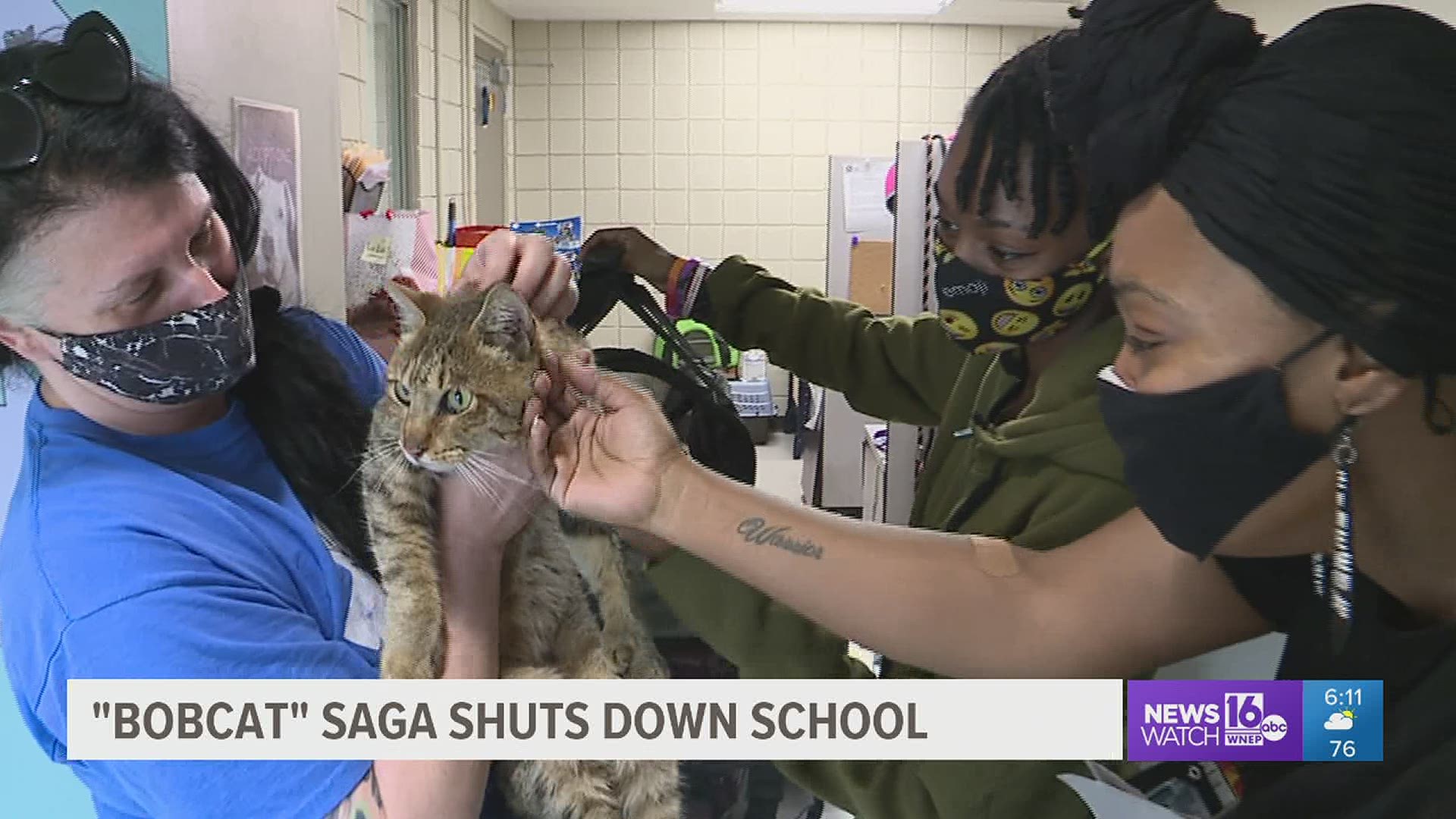 SCRANTON, Pa. — The 'bobcat' that caused such a stir at West Scranton High School on Tuesday morning turned out to be nothing more than a house cat.

Here it is.... Scranton’s Superintendent says school officials first thought it was a cat when spotted on surveillance cameras. Animal control officers identified it as a bobcat and called the Game Commission. @wnep pic.twitter.com/UX01iXWAHf

Animal control officers had originally identified the animal as a bobcat and notified the Game Commission.

The cat was trapped in the building and taken to Griffin Pond Animal Shelter.

Animal control officers brought out a cat and are taking it to Griffin Pond. Is there still a bobcat inside the school? Or is this the culprit? We will have to wait and see... @wnep pic.twitter.com/FEWhxio546

But the story doesn't end there.

The captured cat was identified through a microchip.

It turns out it's not a bobcat, but a Clouded Jack cat, an exotic breed that resembles a bobcat.

The cat, named Kakashi, has been missing for three months and will be reunited with its' family after this morning's scare in West Scranton.

READY FOR ANOTHER TWIST? Meet Kakashi. Yes- the cat from WSHS is someone’s pet. He is microchipped and about to be reunited with his family after THREE MONTHS on the lam. @wnep pic.twitter.com/F5z5dIHftD