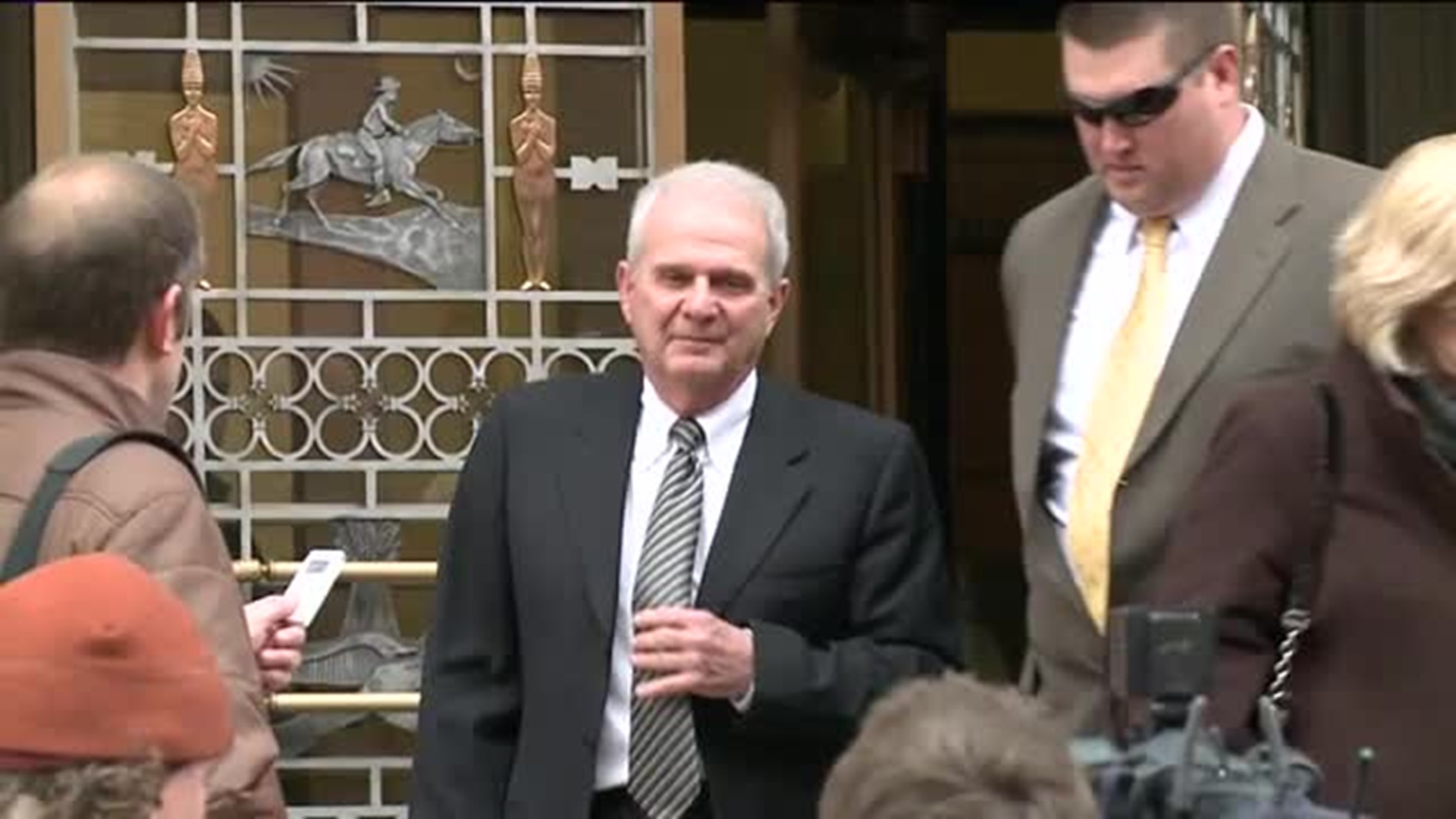 SCRANTON -- A former state senator who pleaded guilty to federal charges is getting his pension back.

Five years ago, Bob Mellow pleaded guilty to federal crimes. He did prison time and lost his state pension.

But the Pennsylvania State Employees' Retirement System has reversed course, restoring his pension.

They will also divvy up a $1.3 million back payment on former Senator Mellow's pension.

"I'm the only person in the state who has ever got their pension reinstated," Mellow said.

Bob Mellow won a battle that lasted five and a half years to get back what he felt was rightfully his -- a $20,000 a month pension that he says he earned paying 18 percent of his salary into the state pension fund for four decades as he represented Lackawanna County in Harrisburg.

"I worked very hard in the 40 years I was in the Senate," Mellow said.

But just after his final term in office wrapped up, so did a federal investigation, and in May 2012, Mellow pleaded guilty to conspiracy to commit mail fraud.

That same month, the State Employees' Retirement System (SERS) stripped him of his pension.

For five and a half years, the former senator and his lawyers have argued that the crimes he pleaded guilty to in 2012 are not the same crimes for which the state of Pennsylvania can legally take away his pension.

This week, the SERS pension board agreed as a hearing examiner found that since Mellow didn't make money from the federal crime he pleaded to, he should not have had his pension taken away.

Now mellow and his ex-wife will split $20,000 a month, plus the $1.3 million that was withheld the last five and a half years.

Many who Mellow represented cannot believe the ruling.

"I just don't understand that, he committed a crime, he went to jail for it, and he's still going to get all that money? Wow!" said Throop resident Joe Malone.

"Absolutely not," added Norma Stewart. "I don't think that's fair at all."

"No matter how I try to reason or rationalize with you, they will never understand," Mellow responded.  "They would be against it, and that would be the way it is, and that's life and I do understand that."

The former state senator says the pension board decision is as much a victory for the rule of law as it is for him and the woman he married just after he got out of prison.

"My wife and I have both felt that what we've gone through for so many years, that I had some vindication."

Bob Mellow admits the restoration of his pension makes him financially secure.

Despite that, the former state senator says he has no desire to return to politics, either as a candidate or a consultant.