PITTSTON TOWNSHIP, Pa. — Businessman Bob Bolus is closing his truck parts and towing company in Lackawanna County. He held an auction Friday to sell off a... 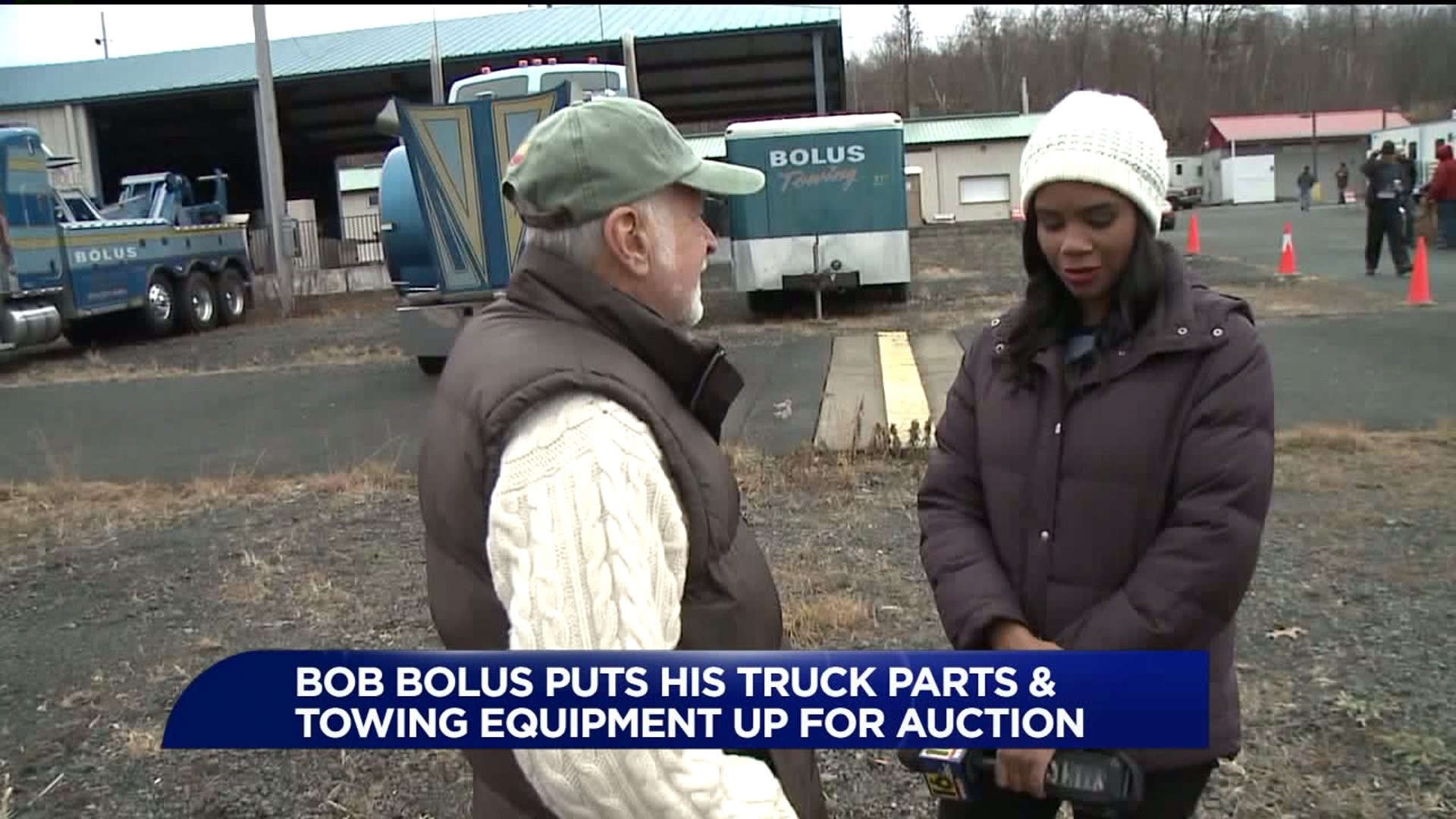 He held an auction Friday to sell off a lot of his equipment.

Bolus had about a thousand items up for sale including tractors, wreckers and truck parts.

"It's time to move on. It's not an area I want to invest in anymore," Bolus said.

After running his truck parts and towing business in the area for more than 50 years, Bolus says he's liquidating because he's grown tired of the political and business climate in Lackawanna County.

"Just wish things had been different here but other parts of the country are more receptive to the kind of growth that we'll give them and the employment that we'll put there," Bolus said.

The auction drew in dozens of people.

Many of them owned towing and trucking companies. Business owners weren't the only people who showed up.

"We're not really here because we have a business, we're truck hobbyists. We have classic old trucks that we run for hobbies and just for fun," said Rick Nemchick.

Nemchick and his friend Steve Senft came from Allentown.

"It's my life that's here. to come to this point in life to do what they're doing. it's a hard thing to do. it's not something that I'm having great pleasure about doing. I mean, it's been my life," Bolus added.

There is another trucking company in the area called Bolus Freight Systems Inc. It is not affiliated with Bob Bolus and is not closing.