LEWISBURG — A well-known Scranton area business man and several members of his family have been hit with theft and fraud charges from the state attorney g... 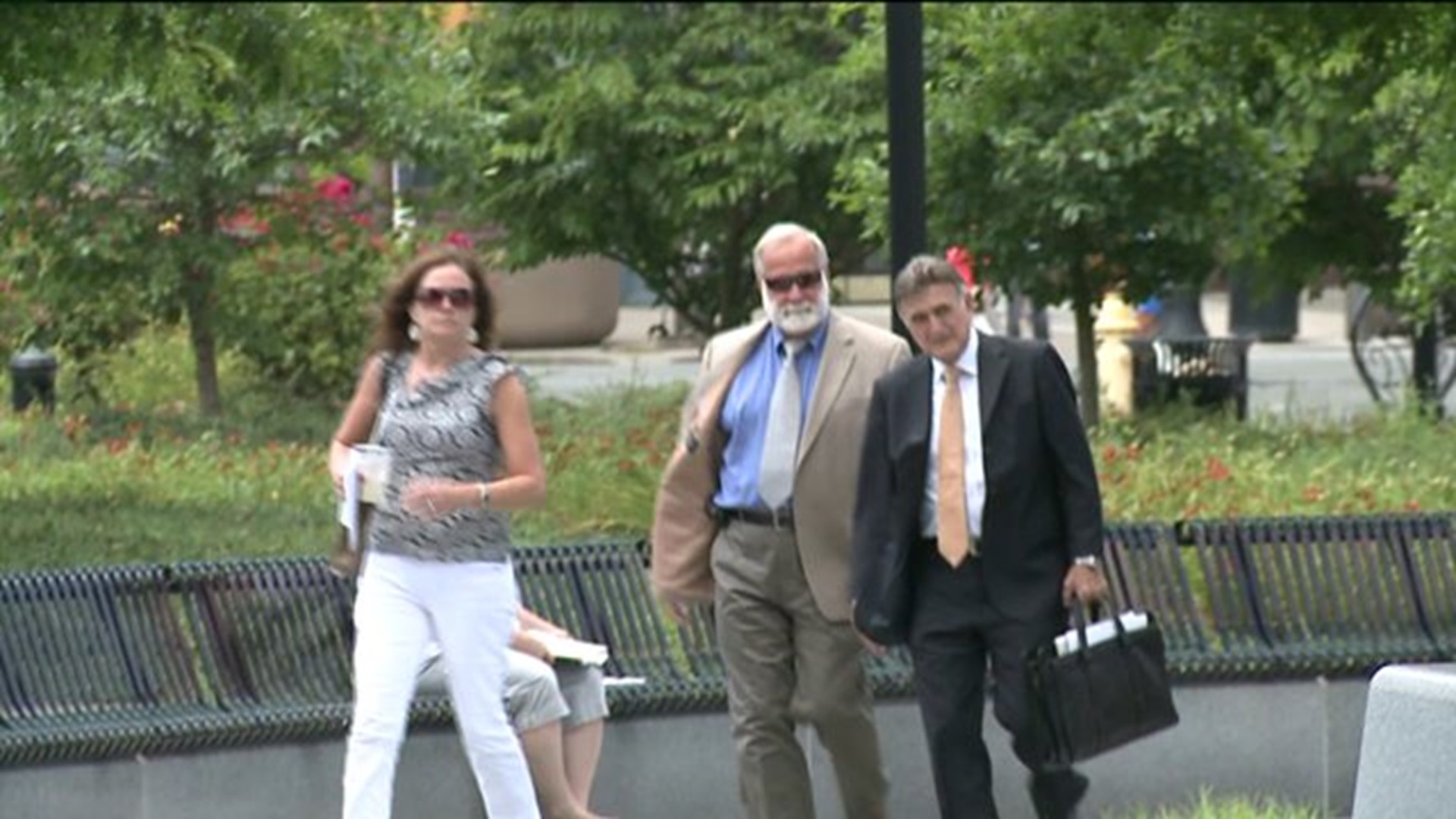 LEWISBURG -- A well-known Scranton area business man and several members of his family have been hit with theft and fraud charges from the state attorney general's office.

The charges come after evidence was presented to a statewide grand jury that recommended criminal charges.

Most of the Bolus family members did not have anything to say after they left the Union County Courthouse in Lewisburg but Mountain Top attorney Debra Bolus said she had a lot of comments.

"I'm not going to give them on the advice of my council, but thank you," she said.

It was just over one year ago that Minuteman Environmental Services in Milton was raided by the state attorney general's office. Investigators removed dozens of boxes from the facility and questioned employees.

The other four are Brian's brother Bob Bolus Jr., his mother Julie Bolus, his sister Debra Bolus, and his father's fiancée Sophie Gregory. They have been labelled ghost employees of Minuteman or Bolus Truck Parts and Towing Services/

Investigators say these so-called ghost employees were not on the payroll but were listed as employees so they could be on a company's health care plan.

All four are charged with 16 counts of insurance fraud and other charges.

"Mr. Bolus Sr. has nothing whatsoever to do with these companies and he never has. So why he's included in these charges is a mystery," Lock said.

The state attorney general's office says it stands by all of these charges.

As for the future of Minuteman, Brian Bolus' attorney says the Northumberland County company is currently in a reorganization phase after filing for bankruptcy earlier this year, but it continues to operate. He is unsure how business will be affected by these charges.

If convicted of all 64 charges, Brian Bolus faces a maximum fine of nearly $1.4 million.

Click here to read the release from the attorney general's office.

Stack of paperwork against Bolus family and businesses @WNEP pic.twitter.com/bNEu424V0V