Juneteenth commemorates the day when the last Black slaves were set free in Texas in 1865. 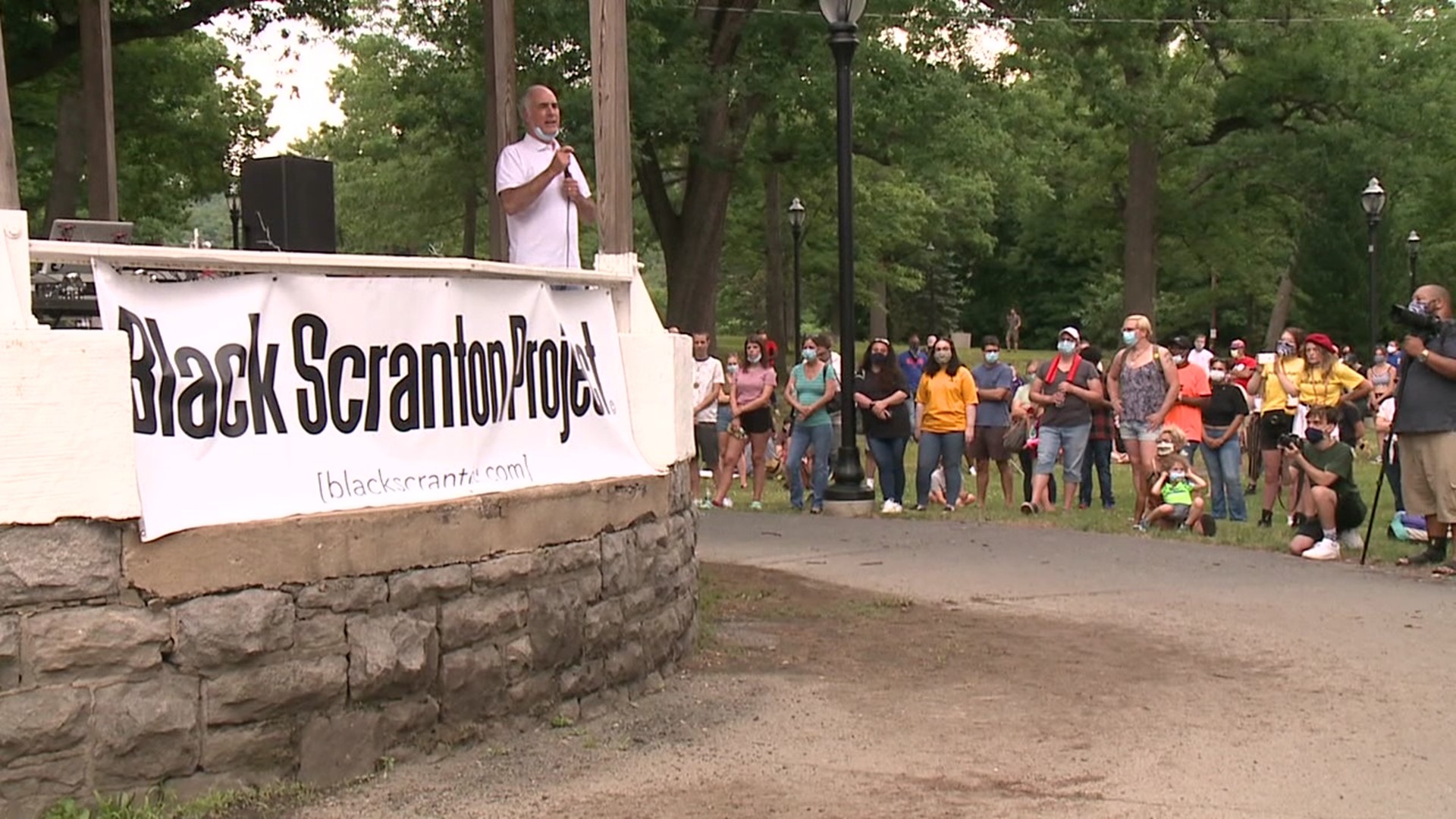 The event was organized by the Black Scranton Project, a non-profit organization founded by Glynis Johns of Scranton, and the group is calling this event the Juneteenth Jubilee.

Juneteenth, which commemorates the day when the last Black slaves were set free in Texas in 1865, happened two years after the signing of the Emancipation Proclamation.

"I feel like it's super important because I didn't learn about that until my third year in college. I didn't learn really any African American history,” said Heather Rhodes from Scranton.

Mark Woolfson, from Milford, immigrated from Scotland 25 years ago.

"I've been in this country, in America, long enough to see the disparity, from all walks of life,” said Woolfson.

The local recognition of Black freedom comes as the nation grapples with outrage and anger over alleged instances of police brutality against the Black community.

The Black Lives Matter movement has held protests in cities across the country, including Scranton.

“I think people are just tired of the same injustices, the same systematic racism and we're, we want to see change happen. I think it's time we start celebrating things for us that are by us,” said Johns.

Organizers said they wanted to make the most of this event.

They set up tables with voter registration forms and census forms.

"Voting is really the only way we're going to have actual change,” said Alexander Lester, a board member of the Black Scranton Project. “Getting out and holding out politicians accountable for what they do and what they say. And then as far as the census goes, it allocates the funding that will literally change and shape our communities.”

The Black Scranton Project was found on June 19 of last year, so along with celebrating the Juneteenth Jubilee, the non-profit was also celebrating its one year anniversary.

Black Scranton
🗣 TOMORROW !!! #juneteenthjubilee #blacklivesmatter #blackscranton A note about COVID-19: We recognize and want to emphasize that we are still in the middle of a pandemic and public health crisis....