'Bittersweet' - Bikers in Jessup rev up engines to remember local fallen veteran, while raising money for vets in need

Newswatch 16's Rose Itzcovitz explains why on this weekend, 20 years after the September 11 attacks, it's even more significant for those involved. 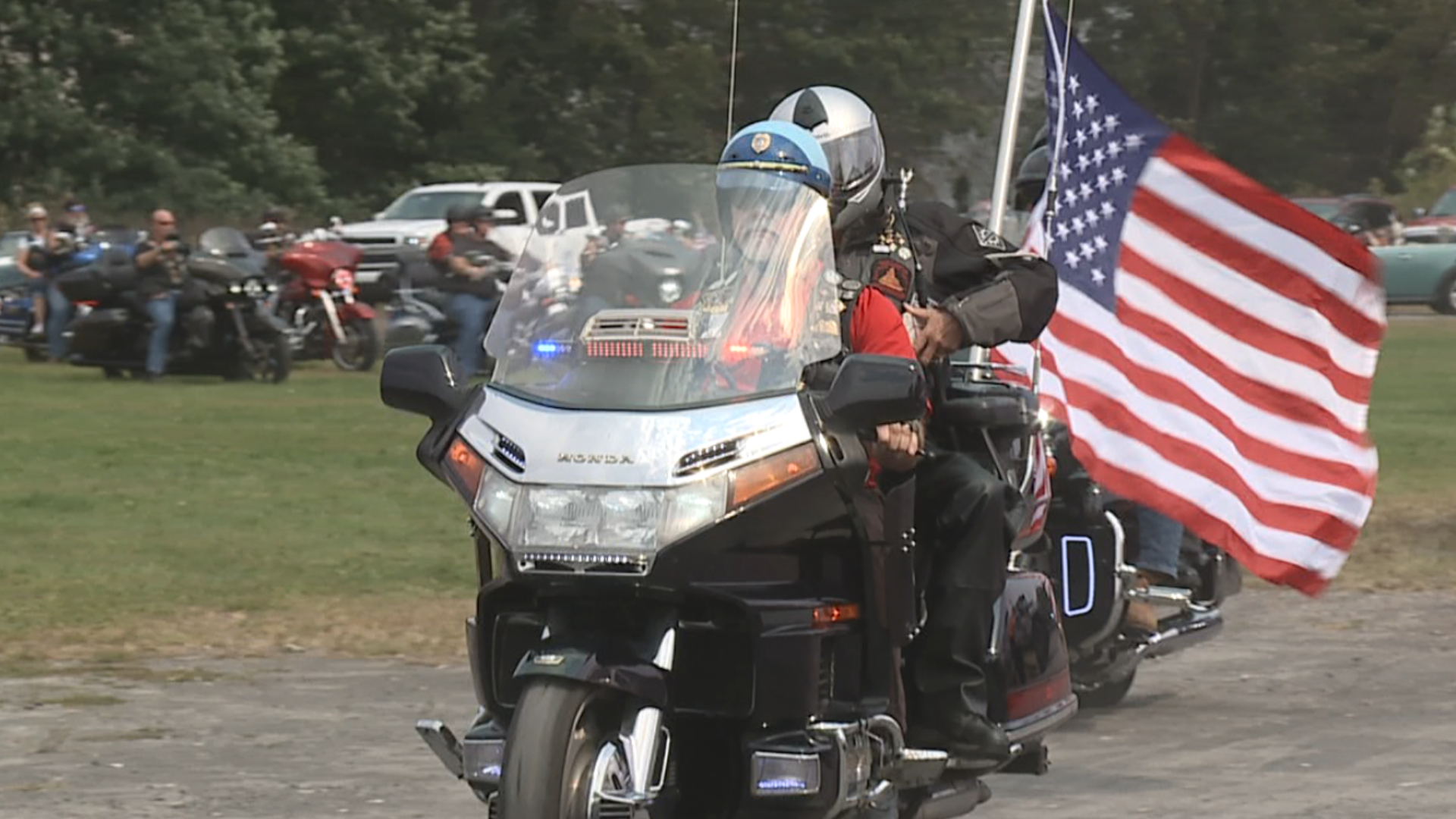 LACKAWANNA COUNTY, Pa. — Bikers at an annual motorcycle event in Lackawanna County couldn't have asked for a more beautiful day – or a more significant time – to remember a fallen veteran from Peckville, who served in Afghanistan.

Following the singing of the National Anthem, engines were revved. Kickstands went up. And the annual Sgt. Jan Argonish Ride was off. The ride-or-die bikers came out to the Jessup Hose Company No. 2 Carnival Grounds on Sunday afternoon to commemorate a special life.

"A tribute to his legacy and the sacrifice that he made to keep his memory alive and helping other veterans,” organizer Talia Walsh – who also sang the National Anthem – said.

Walsh, who serves as president of the ride’s committee, was engaged to Sgt. Jan Argonish. Argonish was killed during an ambush in the Kunar Province of Afghanistan while serving in the Pennsylvania National Guard in 2007. He was 26.

"Bittersweet,” Walsh said, “but it's a good way to remember the positive of him and the light that he left."

Now in its 14th year, Walsh says the event has raised more than $300,000 since its start. From helping the homeless to suicide prevention, proceeds go toward veterans in need.

"It's been a way to help them get back on their feet, more so especially right now, and let them know that they're not forgotten either,” Walsh said.

Walsh says the 50-mile ride leads bikers through Argonish's hometown as well as many of the country roads he and his loved ones used to ride together.

“And we'll come back and have a barbecue,” she said. “And some bands and a bar.”

Coming from a family of veterans, his dad, Mike Argonish, remembers when Jan Argonish first told him he wanted to serve.

"I almost broke down in tears,” Mike Argonish said. “Be an honor for him to serve his country."

The ride took place on the weekend of September 11th – 20 years after the historic terrorist attack on American soil.

He was a great man,” Zajac said. “He died for exactly what happened yesterday."

“It’s what started the events that occurred to where Jan had to serve in Afghanistan and make that sacrifice, along with all those lives that were lost on 9/11,” Walsh said. “And we remember them as well. Especially with everything that's happening in Afghanistan, it's been definitely a more emotional year. But I think that shows for everyone that they want to pour that emotion into something positive in remembering that his life isn't in vain and that his death wasn’t as well -- and that we can still keep that memory and sacrifice going.”

Friends and family say the turnout was fitting for one who sacrificed everything for his country.

"It was really cool to see the whole parking lot full of bikes like you don't see a lot of people come together like that anymore,” Samatha Shelesky of Olyphant, who came to the event with Zajac, said.

"This is the turnout you get for somebody who treated everybody well,” Zajac said. “Everybody. Including the entire country, I guess.”