Several local businesses have been hit by thieves targeting their used cooking oil. They'd normally sell that leftover oil to companies that turn it into biodiesel. 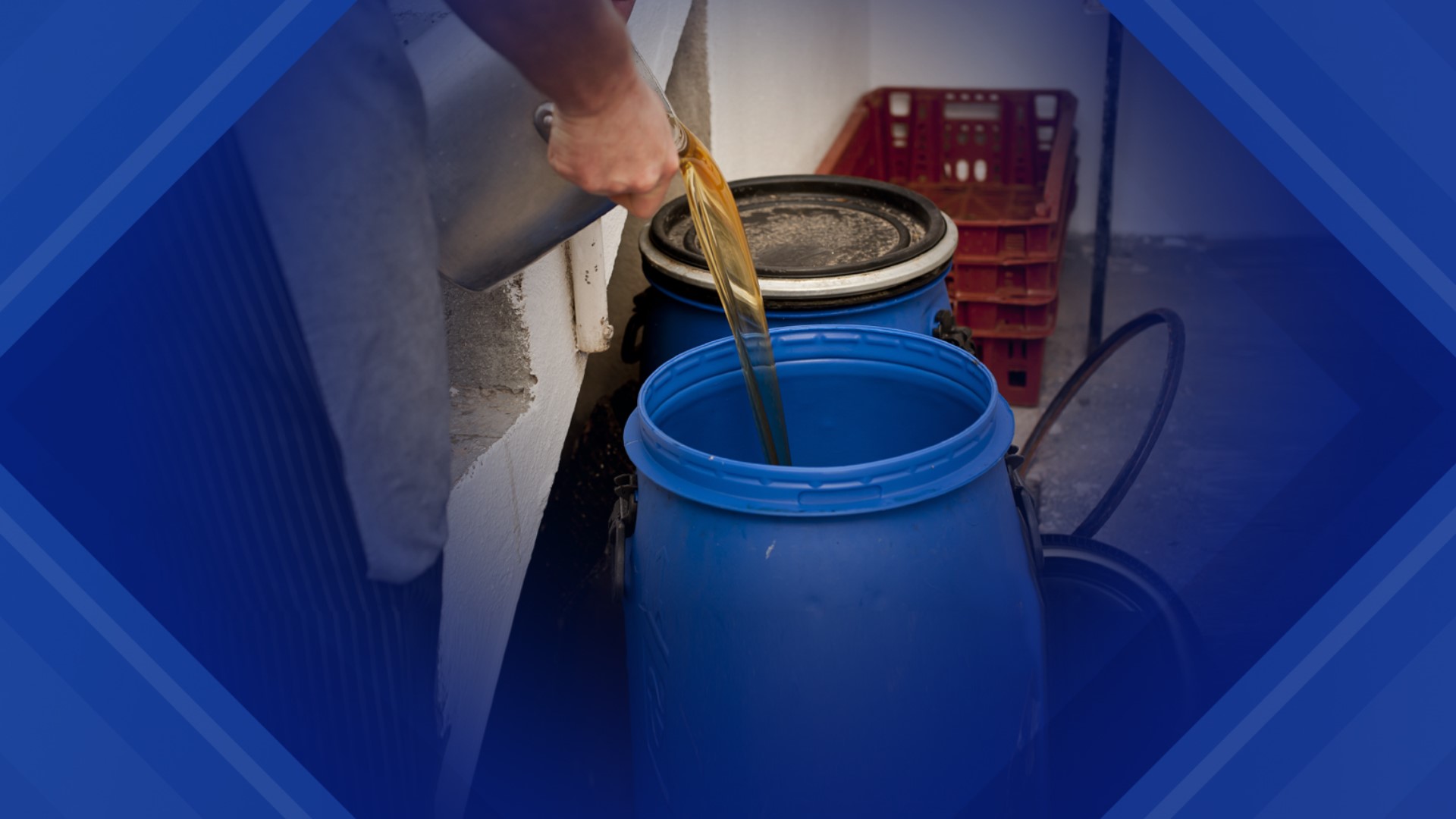 SCRANTON, Pa. — A vat of leftover fryer oil sitting outside Idle Hour Lanes in Dickson City is not the most likely target of an organized crime spanning several states.

But that's exactly what it is, according to Sumit Majumdar, president of the company that owns the container, Buffalo Biodiesel.

Here you can see surveillance photos of a thief taking off with gallons of the oil outside the bowling alley just last week.

And it's happening at businesses all over the Northeast U.S.

We asked: A lot of people, when we tell them this story, say: "what do people want with used cooking oil?"

Majumdar replied: "Carbon credits. So the used cooking oil reduces carbon emissions by 19.2 pounds per gallon. And that's where the real value is coming from."

Majumdar says the thieves sell the oil at a low price to companies that eventually turn it into carbon credits, which can be used as a form of currency in the international effort to reduce greenhouse gas emissions.

He alleges these large companies are turning a blind eye to the source of that cheap oil.

For Buffalo Biodiesel, the thefts are happening at more than 3,000 locations, costing the company about $15 million a year.

And in our area, the business is losing out big on contracts with hundreds of local businesses.

The businesses are losing money, too, as Newswatch 16 has previously reported. Many restaurants sell their leftover oil to companies like Buffalo Biodiesel. It's extra income that's proven valuable in hard times.

"Getting robbed is not, it's not fair. It's not fair at all, especially when they're profiteering; they're not stealing it to put in a John Deere and run their tractors or feed their family," said Majumdar.

This is part of a copy of a letter his company sent to the Lackawanna County District Attorney, one of about a hundred that have been sent since 2019.

None of the letters have led anywhere, according to Majumdar.

Meanwhile, business owners who have fallen victim to these thefts tell us the thieves seem to be getting bolder, even taking the oil during regular business hours.

Newswatch 16 asked: "Do you think that's because they know that there's not going to be any repercussions?"

"Oh, without a question," said Majumdar.

"They're getting a slap on the wrist. And this is the result of it. That's why it's expanding, that's why it's ballooning, and of course the profits there, the money's there. I mean, imagine a person in a van, making $400,000 a year in cash, tax-free."

We reached out to the District Attorney but have not heard back yet.