Biking Around Pennsylvania for a Good Cause

SCRANTON, Pa. — Someone other than Joe Snedeker will be pedaling on Pennsylvania roads this week raising money for a good cause. Scranton’s Courthou... 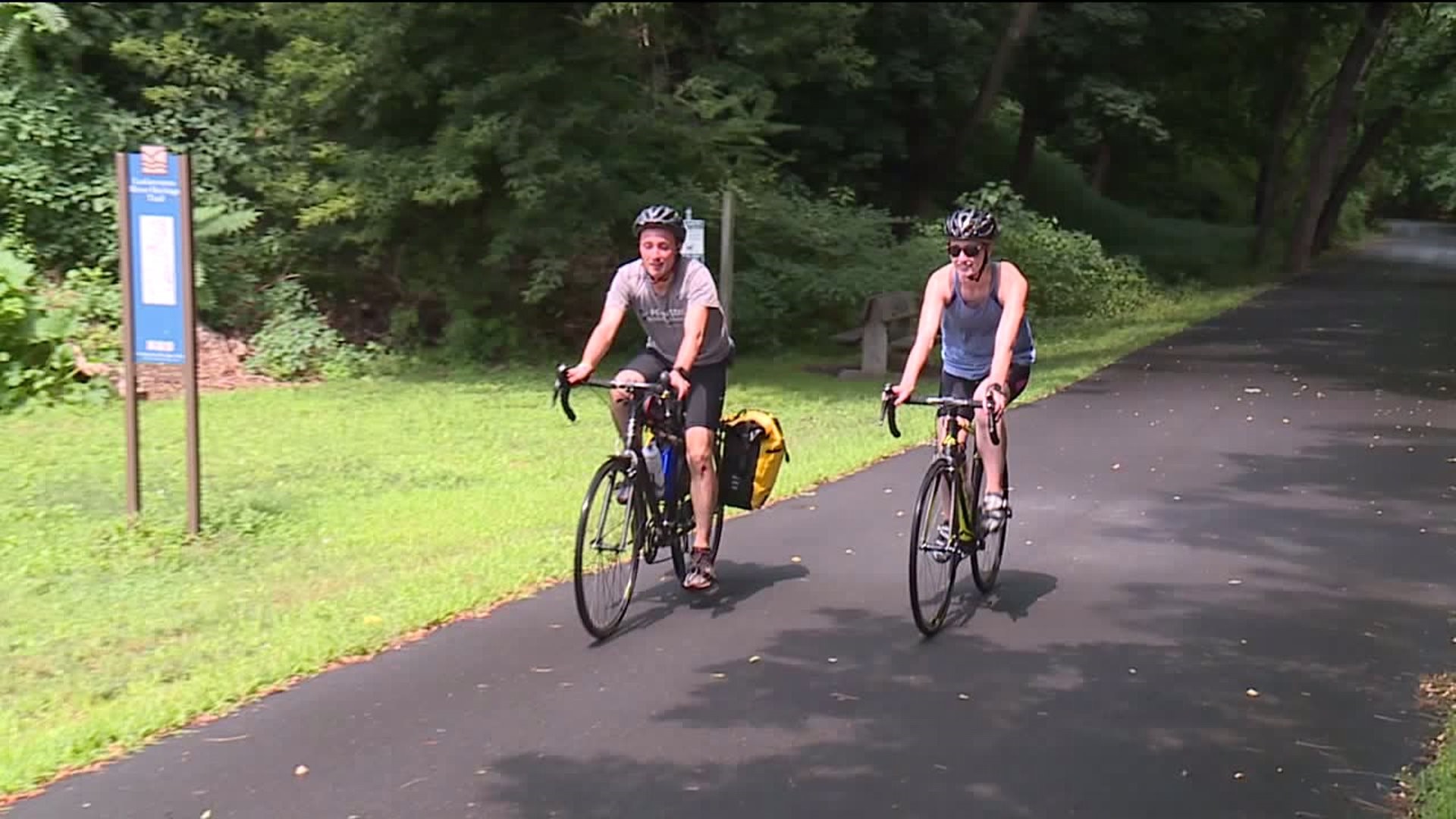 SCRANTON, Pa. -- Someone other than Joe Snedeker will be pedaling on Pennsylvania roads this week raising money for a good cause.

Scranton's Courthouse Square is one of several stops Raymond Friend will make this week on a 1,200-mile trek around Pennsylvania.

We caught up with Raymond during a respite from the rain. It's the Penn State grad's second day of riding.

Raymond's never done a trek like this before, but he was aware of its challenges.

"There are a few hills and there are towns named after mountains in the state that I really wanted to go to for some reason, so I was just through Mount Pocono today and apparently, it's uphill! Now I'm in Scranton. It's awesome," he said.

Along the way, he'll meet up with friends like Molly Holmes of Avoca.

"At first I was like, 'You're insane. It's going to be 1,200 miles. You have no support vehicles. You're relying on campgrounds and people along the way.' I was like, 'This is crazy,'" Holmes said.

Molly joined Raymond on the trip from Scranton to Avoca where he'll stay the night before heading west. He'll head out to Erie before making it back home to the Philadelphia area.

"He's a very passionate person, and he's passionate about the things he really cares about like this very good cause," Holmes said.

If you would like to donate to Raymond's statewide bike ride you can find more information on his blog here, and make a donation to Child USA here.