Big Dog Daddy Fest: Giving Back to the Gift of Life

JEFFERSON TOWNSHIP, Pa. — It’s the 10th and final year for an annual fundraiser held in Lackawanna County that raises money and awareness for organ ... 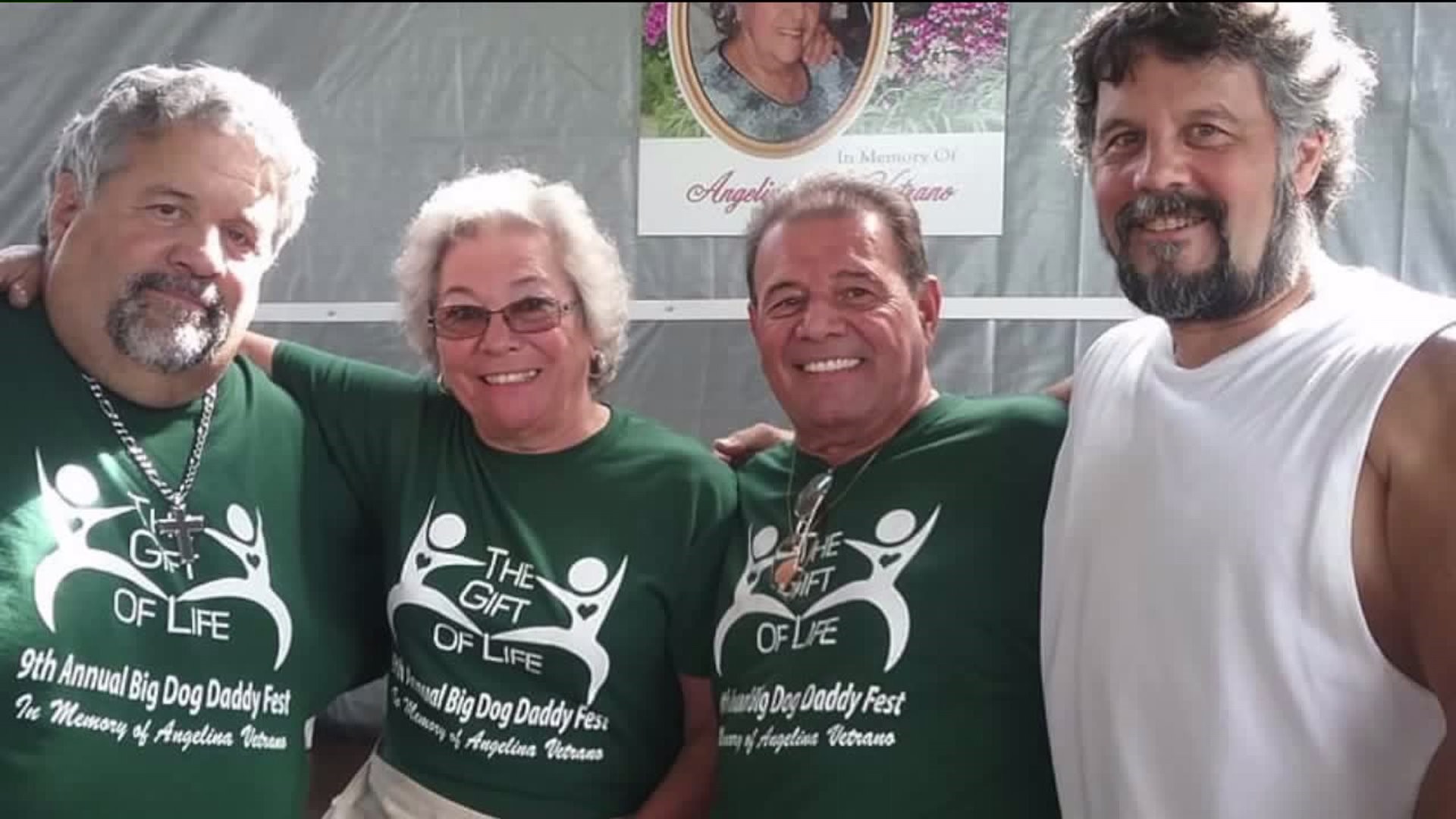 JEFFERSON TOWNSHIP, Pa. -- It's the 10th and final year for an annual fundraiser held in Lackawanna County that raises money and awareness for organ donation.

In 2008, Eddie Vetrano was about to undergo hip replacement surgery when he got the news that he was in end-stage renal failure and needed to be put on dialysis immediately.

"I was just trying to face that this is going to be my life," said Eddie Vetrano.

"I knew a lot of people that were on dialysis, nine out of 10 usually pass away," his daughter, Trish Vetrano, said.

He needed a new kidney. His wife and kids wanted to be tested to see if they were a match, but Eddie refused.

"My daughter came to me and said, ‘Daddy, please you gotta let me try, and my son. And she said, ‘Dad, at least if I know if I tried, and I wasn’t a match, then I’ll be OK, but I can’t live knowing I could’ve saved your life,'" Eddie said.

So after years of suffering, he finally gave in. His son, Eddie Jr., wasn't a match, but Trish was, and she gave her father "the gift of life."

"Every time I see him I know he's here because of me, and I would do it again in a heartbeat," Trish said.

Throughout this process, Eddie got a lot of help both financially and emotionally from the National Kidney Foundation and the Gift of Life marrow registration. He wanted to give back, so he started a fundraiser to benefit the two organizations and the Big Dog Daddy Fest was born.

"My first year, the first time I did the Big Dog Daddy Fest, I was still on dialysis, and I didn't think there would be a Big Dog Daddy 2."

He pledged that if he lived, he would do 10 fests and raise $50,000 to be split between the two organizations.

The event started back in 2009 with the Big Dog Daddy Fest hot dog stand at the Hamlin car wash. About 45 people attended and $700 was raised. In just over two weeks, the 10th annual fundraiser will be held at the Jefferson Township Volunteer Fire Company and about 400 people are expected to attend.

"We have a hill to climb, but there's hope that we could reach this."

The 10th and final Big Dog Daddy Fest will be held on Saturday, August 17 from noon to 5 p.m.