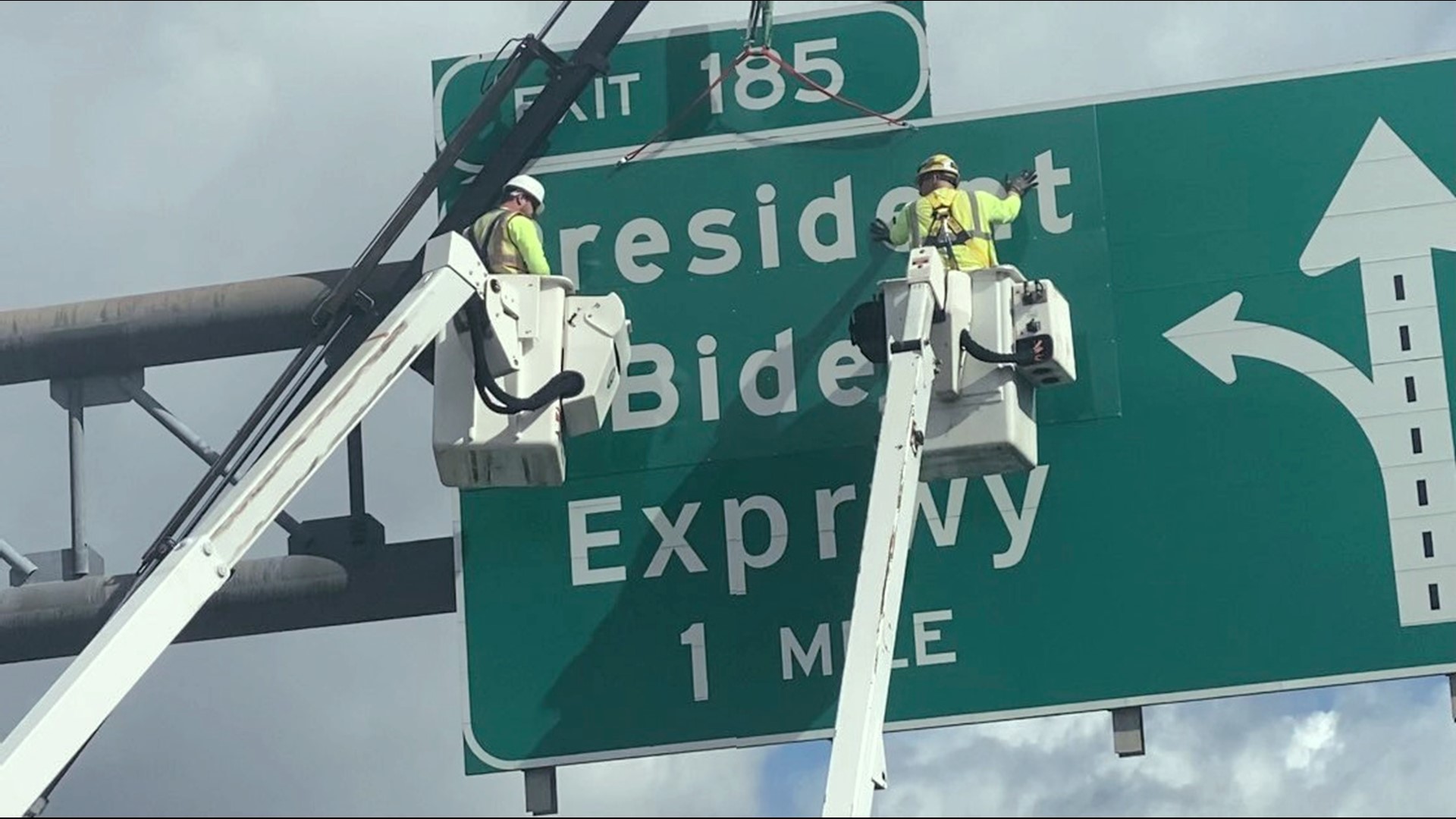 If you were stopped in traffic on Interstate 81 north in the Scranton area, you could indirectly blame the president.

Scranton City council voted earlier this year to name the expressway and Spruce Street in the city's downtown after Scranton native Joe Biden.

Council President Bill Gaughan spearheaded the effort. He says the street signs downtown will start to change in the next few weeks.

"We have many streets in the city named after presidents, and we only have 46 presidents, and one of them grew up right down the road here on North Washington Avenue. So, to me, it's important to honor the president in that way by having a street within the heart of our downtown named after him," Gaughan said.

It's the downtown portion of the street that's caused the most controversy. As the signs change, several businesses here say they will not be changing their addresses.

"We are at Tom Grudis Optical and the Bare Accessories at 424 Spruce Street."

"I have two businesses to change, and I'm going to go kicking and screaming as long as I can to keep it Spruce Street," Grudis said.

Businesses do have some time, more than a year, to change their addresses before their mail is no longer delivered.

Grudis says when she does, it will cost her a lot of money.

"There's a lot of other things that have to be changed. Your streets, they're terrible. Your parking is the number one issue. You're now paying 25 cents for 7 minutes. You don't change that? Nobody's coming. and I don't care what the street name is."

PennDOT will be putting Biden Expressway signs up on the southbound lanes of 81 on Thursday between 9 a.m. and 2 p.m., so beware of traffic.

The signs downtown will be covered up until the city holds an unveiling ceremony that they hope the president will be able to attend.

New signs are up on I-81 North for the newly named President Biden Expressway. Traffic is still down to one lane in the area. @wnep pic.twitter.com/OhnQMDUywf