SCRANTON, Pa. — Heading out on a day trip with bicycles in tow is a common sight on Pennsylvania roads, but something’s missing — a visible li... 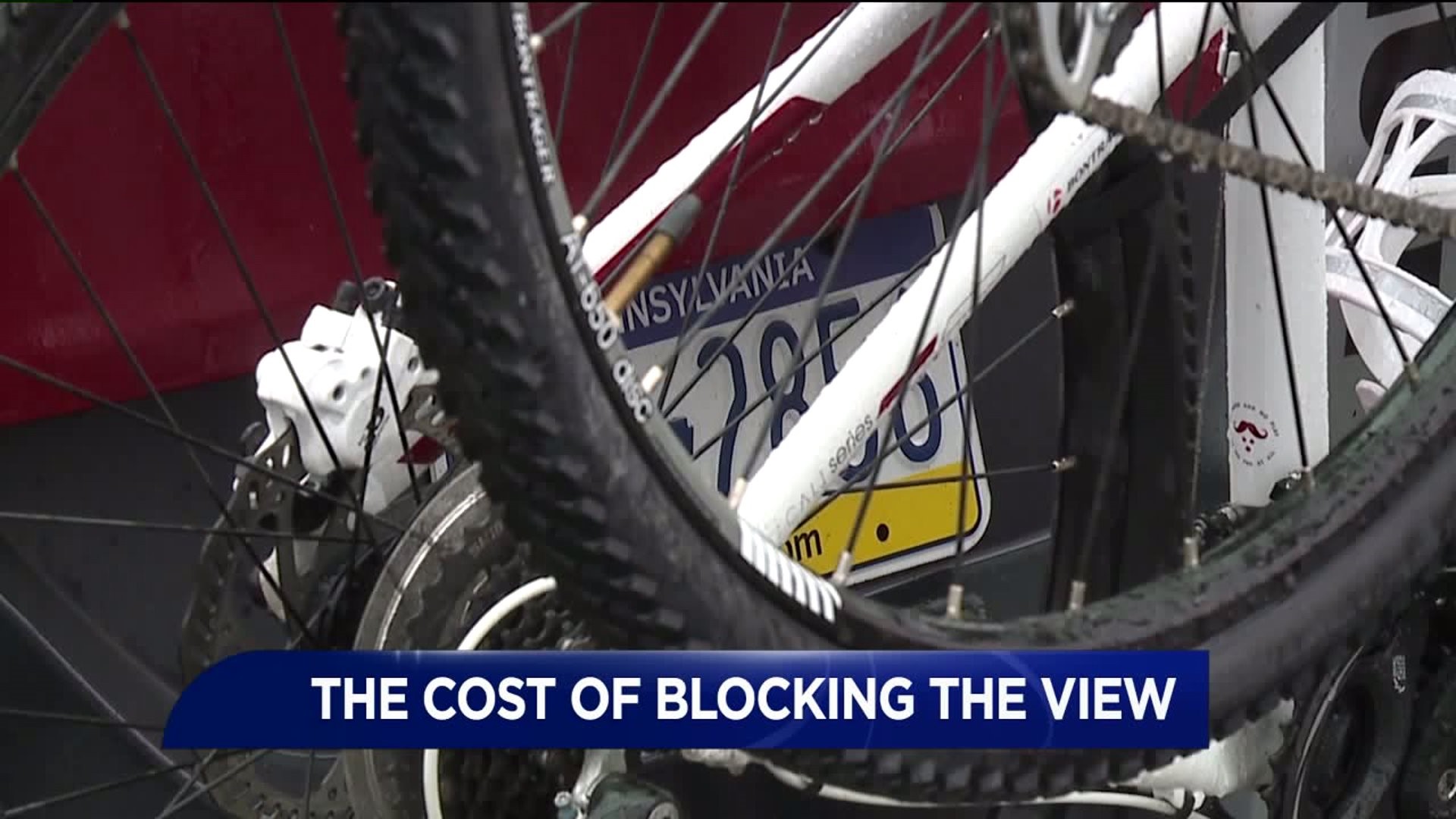 SCRANTON, Pa. -- Heading out on a day trip with bicycles in tow is a common sight on Pennsylvania roads, but something's missing -- a visible license plate, and its absence is breaking the law.

"I actually didn't ever think about that. That's a really good point because, in Pennsylvania, you only have one license plate as opposed to two like New York," said Stacy Allen. "Now I guess I do (know it's illegal)."

Newswatch 16 spoke with state troopers about the violation that's common all over the state.

"Any time a patrol vehicle might be driving around you, it's just one other thing that we'd be looking for, you know, not to block that, because it is a violation if your license plate is blocked," said Trooper Robert Urban, Pennsylvania State Police.

State police say this isn't something they aggressively look out for, but in some cases, it can become a big problem, especially on the Pennsylvania Turnpike. You violate the rules by going through a "Toll By Plate" or an E-ZPass-only area without an E-ZPass and your license plate is blocked.

"I actually never thought about that. It's actually pretty covered, and I don't know how they would bill you or fine you for that matter," said Fred Hoila of Lords Valley.

The Turnpike tells Newswatch 16 if it can't read a license plate in the image that is taken when someone breaks the rules, the Turnpike has no way of tracking down the driver to enforce the penalty, but that doesn't mean you can get away with it.

State police patrol the Turnpike and keep an eye out for this type of violation. Troopers cited 225 people last year for covered license plates on the Turnpike and 1,375 people across the state. The citation includes a $25 fine and other fees that could exceed $100.

Newswatch 16 spoke with dozens of cyclists at Scranton High School during the Tour de Scranton at the end of April. Some knew it was illegal to cover their license plate. Others didn't.

Bike rack owners are actually warned with some paperwork that comes with the owner's manual. We took a look at the warnings at a bike shop in Scranton.

"It's just for the consumer to check with your local and state laws to make sure you are following them properly," said Kyle Brazen at Strive Multisport.

"I guess we've been warned via paper, but I never saw that or heard of it until you mentioned it. Ignorance is no excuse of the law, but I'll take my chances," Hoila said.

If you felt out of the loop, even, arguably, the most famous cyclist in northeastern Pennsylvania didn't know he was breaking the rules.

"According to what you're saying this could be not correct? We won't say illegal," said Newswatch 16 meteorologist Joe Snedeker. "Alright, I'll get it fixed!"

There are ways you can comply with the law, but it will cost you perhaps more than the citation itself.

"The only other option you have would be a roof rack and with something like that, just for the base setup, we're talking about $400 to $500, and that's not counting the part that holds the bike onto it," Brazen said.

Most cyclists we spoke with say they'd rather pay the fine than get a new bike rack, but state police say you have been warned.