Beating the Heat as Temperatures Rise

SCRANTON, Pa. — Temperatures are on the rise in Northeastern and Central Pennsylvania, and many people headed to Nay Aug park early to get their workout i... 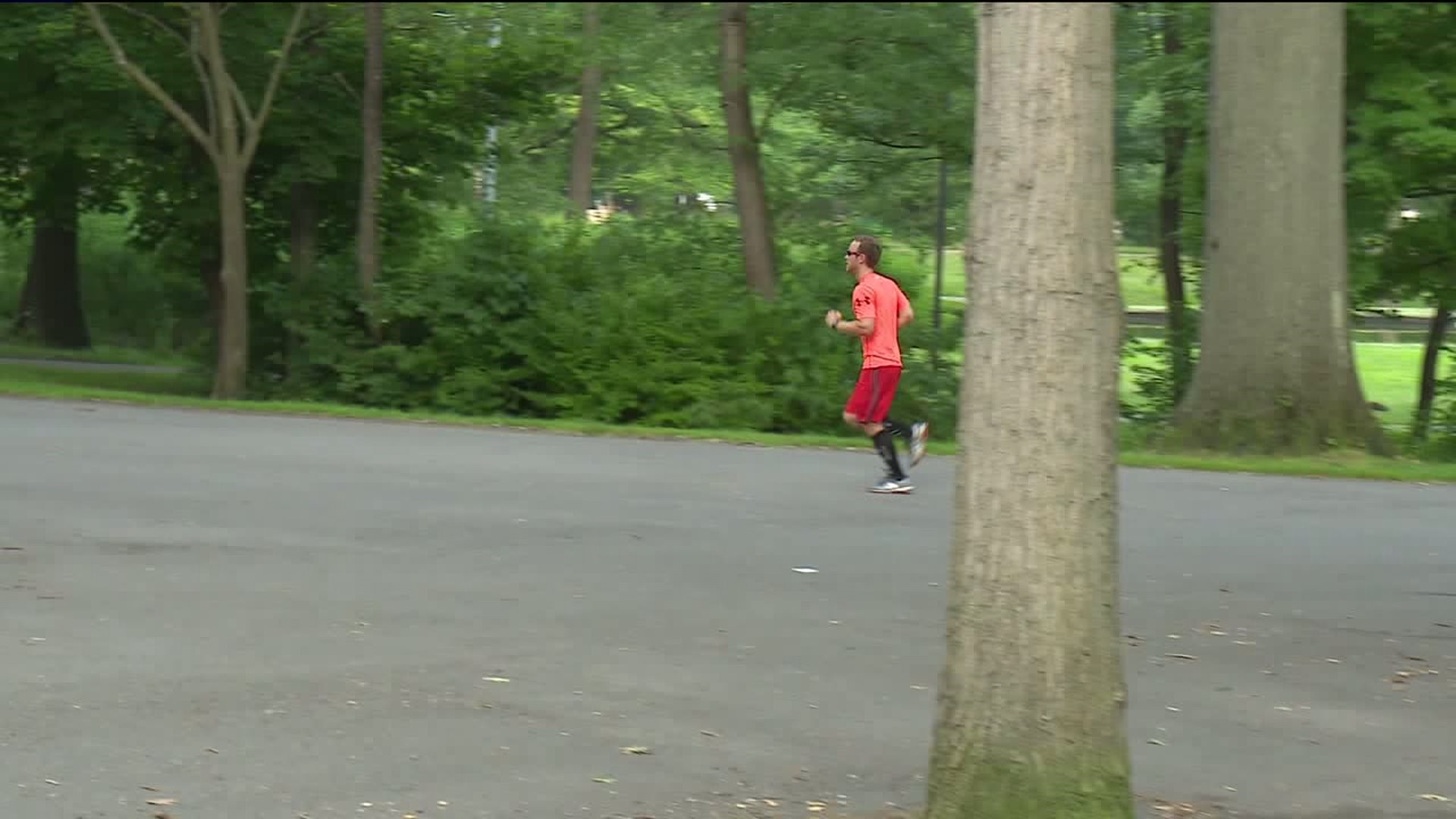 SCRANTON, Pa. -- Temperatures are on the rise in Northeastern and Central Pennsylvania, and many people headed to Nay Aug park early to get their workout in before the sun was high in the sky.

"It's much cooler, and it's a beautiful place to walk in the morning," said Alma Storm, who drives down from Covington Township to get her walk in.

"Even though it's nice and shady, you still sweat like anything, you know, especially when you're exercising. And the dog, he doesn't like it when it's hot, he likes it cool, so we have to take him in the morning," said Barbara Edwards of Scranton, as she walked her dog Lemley.

For those who head outdoors to get their heart rate up, Bruce Beauvis of Pennsylvania Ambulance says, it's important to know the signs and symptoms of heat exhaustion and heat stroke to stay safe.

"When you start seeing somebody exhibit signs of dizziness, weakness, especially if they start having some confusion, you really want to call 911, when you get to that point," said Beauvis.

Experts say one of the most important things to remember when exercising in the heat is to stay hydrated.

Beauvis said that pets need time to recover from the heat just as much as their owners do.

"Their furry friends, they need the hydration just as much as we do, especially those dogs. They need to be able to cool down, and they can't sweat like a human does, they actually have to have that time to pant," explained Beauvis.

"We bring him up here when it's cool, we don't take him out in the heat. He stays indoors next to the fan...right in front of it," said Edwards.

Experts say give yourself time to rest as well after tedious activities and avoid direct sun if possible.