Battling and Buzzing off Cancer

SCRANTON — Every other year, the owner of a barber shop in Honesdale partners with the Northeast Regional Cancer Institute to “buzz off” cance... 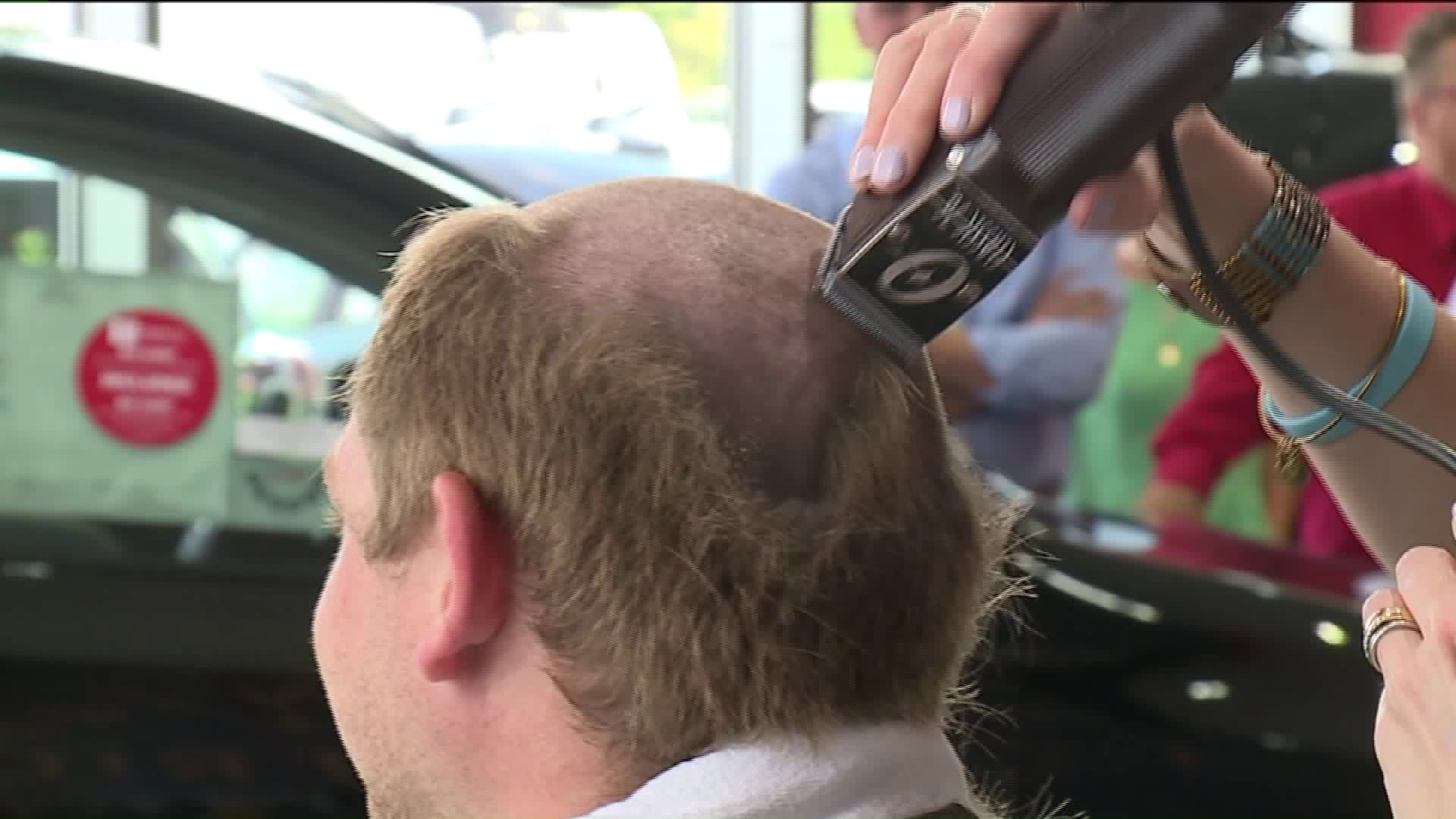 SCRANTON -- Every other year, the owner of a barber shop in Honesdale partners with the Northeast Regional Cancer Institute to "buzz off" cancer.

Folks in the community agree to shave their heads and beards all while raising money. Monday, employees at the Toyota of Scranton rallied behind this cause to get involved.

More than 15 employees at the Toyota of Scranton on Main Avenue in Scranton took part in the Northeast Regional Cancer Institute's Buzz Off Cancer event.

Among them, was AJ Wallace, a salesman at the Toyota of Scranton. When he heard the company would be taking part, he started asking coworkers and Facebook friends for donations.

"Anything I could do to try and help. It was for a great cause, and it was a great thing to do, I had a lot of fun with it," Wallace said.

Wallace raised more than $170, putting him in the first place as of Monday morning, and because he was taking it so seriously, he made sure he and his hair were prepared.

"I was trying to get as much length as I could so there would be a little bit more to take off," Wallace joked.

But when the razors started buzzing, employees got more and more into, leading to a face-off between one employee and the President of Toyota of Scranton. Within minutes, employees threw down more than $500 to see their boss get a buzz.

The Northeast Regional Cancer Institute partners with Mick's Barber Shop every other year for this buzz off event. The main event is actually this Saturday, June 24, but employees at the Toyota of Scranton who can't make it this weekend decided to create a pre-buzz off.

"Most of the individuals today will have the choice to get a buzz haircut, where cancer patients don't have that choice," Northeast Regional Cancer Institute's Community Relations Coordinator Amanda Marchegiani said.

The main event will be this Saturday at Mick's Barber Shop in Honesdale from 2 p.m. to 4 p.m. The owner says this be the fourth time having it.

"Oh my God, it just inspires me every time we do it," owner Michelle Frigoletto said.

The results are in! Our team members raised a total of $1,372 in support of Buzz Off Cancer and Northeast Regional Cancer Institute. We are SO proud of their efforts and commitment to this wonderful cause.