Battle in the 8th: Bognet vs. Cartwright

We are less than two weeks away from Election Day. One of the big races in our area is the race for U.S. Congress in the 8th District. 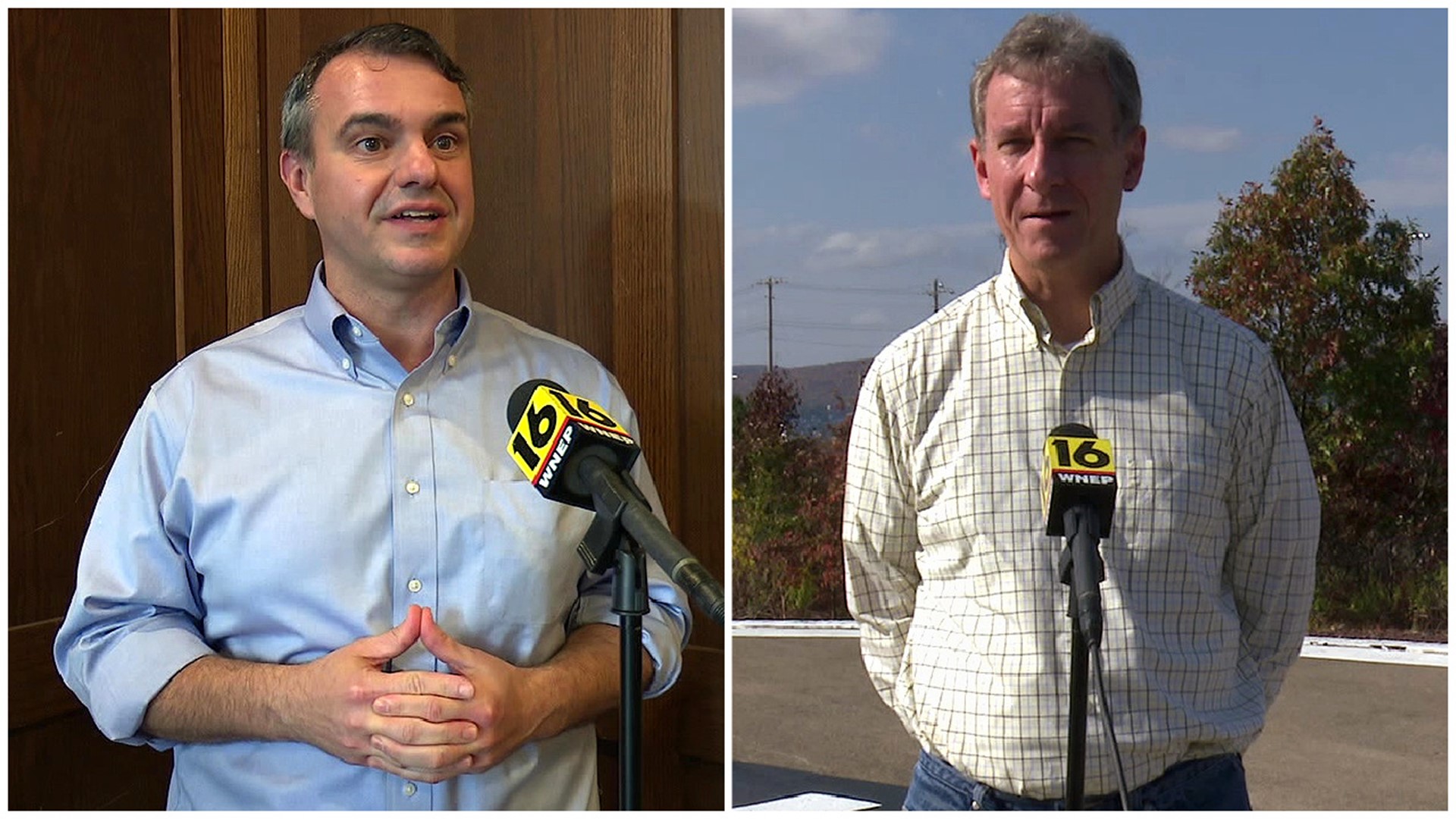 SCRANTON, Pa. — Republican Jim Bognet rallied his base at a campaign event in Scranton on Wednesday, calling on voters to hit the polls and help him deliver an upset on Election Day.

As a new face to voters, Bognet had his work cut out for him, challenging the incumbent U.S. Representative Matt Cartwright, who is seeking a fifth term.

"Matt Cartwright has a reputation of being AWOL. He doesn't go out and meet with people on the streets, you know. He's a rich guy; he's got four vacation homes, he's very busy with that stuff. I've been out, I've done over 300 events, Matt Cartwright has done three events," Bognet said.

Rep. Cartwright, a Democrat, says coronavirus restrictions have kept him from conducting a typical campaign but that he's been busy in Washington trying to get another COVID-19 relief bill passed, something he says the people of northeastern Pennsylvania desperately need.

"I got into this politics business because I like people, and to have to go through a campaign where there are no picnics, there are no parades, there are no festivals, and you can't go out and be among the people, that's why the founders have us running every two years because we're the people's house. We're supposed to be close to the people," Rep. Cartwright said.

The top of the ticket will likely impact the down-ballot races. President Trump carried this district in 2016, but he's trailing Joe Biden in the Pennsylvania polls right now.

"There is a huge surge of support for President Trump in Luzerne and Lackawanna County. I'm talking to Democrats all over the counties, and they are saying, 'We're voting for you, Jim, and President Trump because you care about the average people, unlike Pelosi and Cartwright, who are out of touch,'" said Bognet.

"I've lived here for 32 years, the entirety of my adult life almost, and I have an opponent who hasn't lived here in 25 years. That's a disadvantage for him for not knowing the issues in this area," said Rep. Cartwright.

Both candidates say bringing jobs back to northeastern Pennsylvania will be a top priority if elected.