Some of WNEP's own have had run-ins with bats this summer, and we have found so have a lot of you, so we went to the experts. 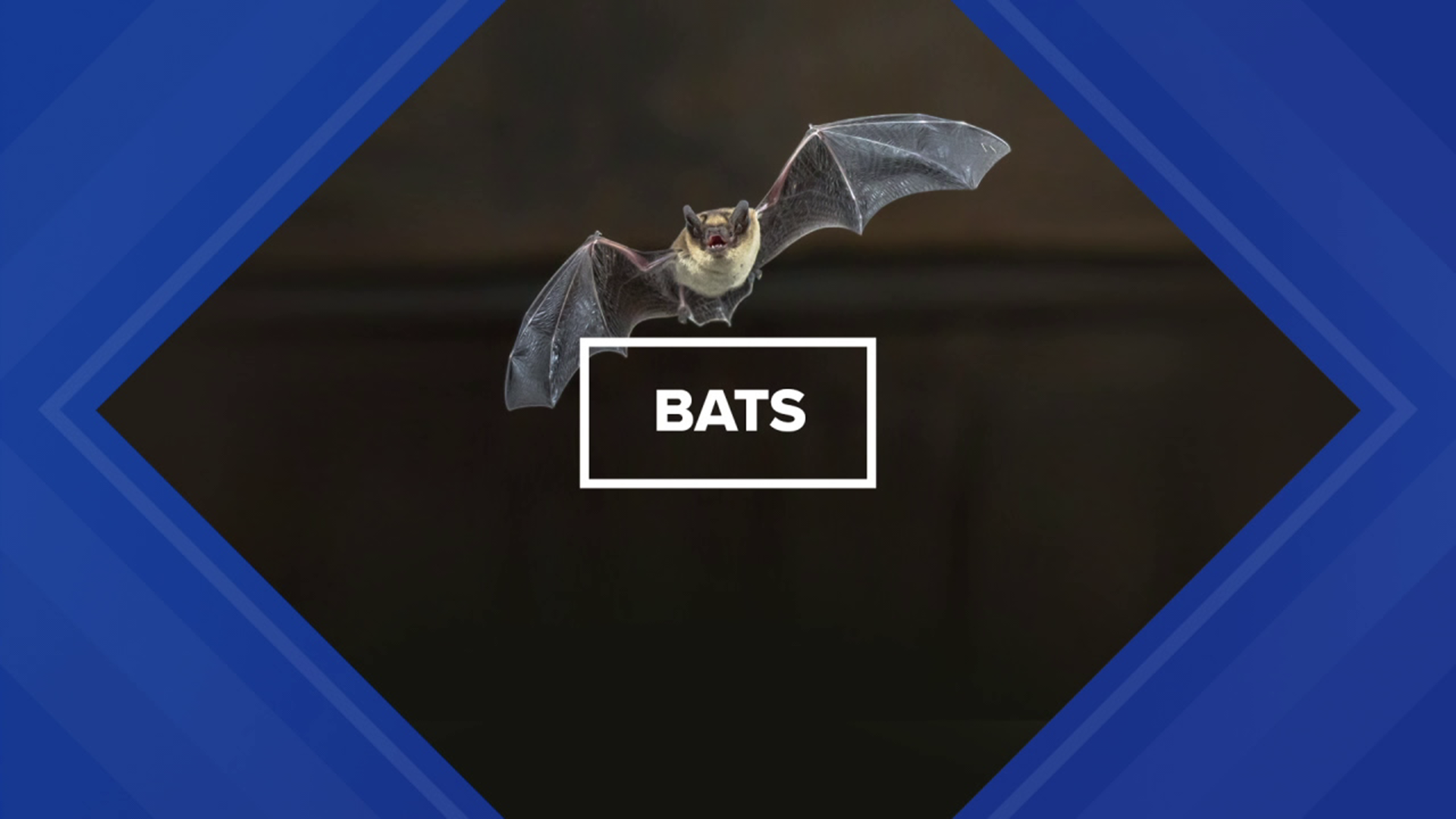 After a fire last year left a home vacant on one part of Lackawanna County, someone, or something, else moved in.

A bat expert estimates about 50 bats were roosting in the attic, a preferable spot because of the hotter temperatures.

While this case is extreme, bat experts in the area say they are busier than usual right now.

"A lot more bat work than ever. I used to get on the average seven a week, I'm getting 14 a day," said Nelson Carter of ACE Bat and Wildlife.

In Palmyra Township, near Paupack in Pike County, Leeann Reichman, and her father co-own Paupack Wildlife and Paupack Pest Control.

Their motto is they take care of everything from bugs to beavers, but this time of year, especially, it's bats.

Reichman and her dad explain to Newswatch 16 that the juveniles born in June are just now learning how to navigate, so it's not uncommon to have a bat in your home this time of year.

However, the experts think there is another reason the bat calls keep coming in.

"I honestly think that it has to do with COVID, everyone being home and they're just more aware of things that are going on that they might bypass coming and going from work like normal or something like that," Reichman said.

Experts say a bat only needs 3/8ths of an inch size hole to get into your home.

"Bats don't chew, and they don't scratch. So they only use existing holes, so even if you were going to shove a Kleenex in an area where you know a bat is coming in. That will stop them," Reichman said.

However, experts say some problems are too big to handle on your own like the job ACE Bat and Wildlife were called to.

The humane and legal way to remove a bat from your home is through a process called exclusion.

"Isolate and locate where they enter and exit the building, look for all the other areas they can use to retake the building," Carter explained.

Then bat removal experts will use one-way doors to prevent re-entry.

"Bats only have one pup a year, that's why we exclude and don't harm the bats in any sort of way. We want their population to be up, so there's not mosquitoes carrying us away in the middle of the night."

If you have any questions about removing a bat from your home, experts tell us you can always contact the State Game Commission.