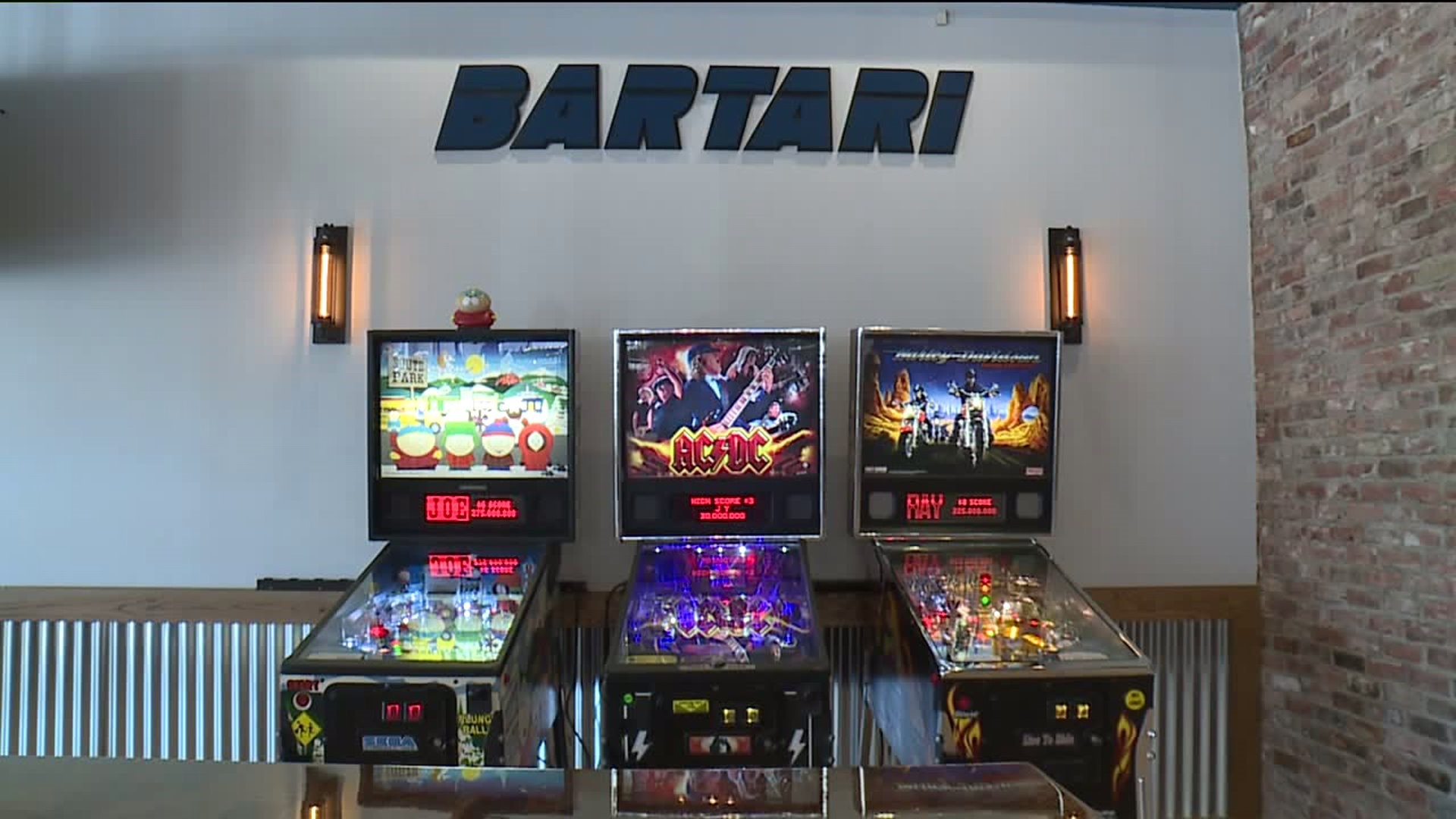 SCRANTON, Pa. -- A new restaurant in downtown Scranton opening this week will offer food, drinks, and a lot of gaming nostalgia. It's called Bartari, and like its name, it's equal parts bar and arcade.

There are a lot of things to do before opening up a new restaurant, but the busiest person at this spot on Lackawanna Avenue is Scott Stilphin. He's the resident arcade game technician, the guy responsible for making sure their gaming relics are in working order.

"It's challenging because the problems we had years ago, now they're different. Parts get fatigued, and you can't get parts. It's very challenging," Stilphin explained.

The place is called Bartari. It offers all the typical things you'd expect from a bar and restaurant, but also lots of arcade nostalgia.

"They're going back in time, they're going to immediately recognize some of the favorites."

Bartari has about 140 different arcade games. About 50 will be out on the floor in the restaurant at any given time, so if you're not in the mood for Frogger come back in a week, it might be different.

"We want to just be a little different and bring a little more flair to the area."

Manager John Reynolds says Bartari's owners are trying to make a business model already popular in big cities work for Scranton. They found their home in the former Molly Brannigan's, which closed almost a decade ago.

"It's a great spot, come off the highway, and it's the first thing you see when you hit Lackawanna Avenue. All the things going on with the Steamtown Mall now, I think it's going to bring a little excitement to the block," Reynolds said.

Bartari opens this week with a series of soft openings. They're planning a big grand opening for next month.