A barber in Jessup put down the scissors and the razors for the day and transformed his shop into a vaccine clinic. 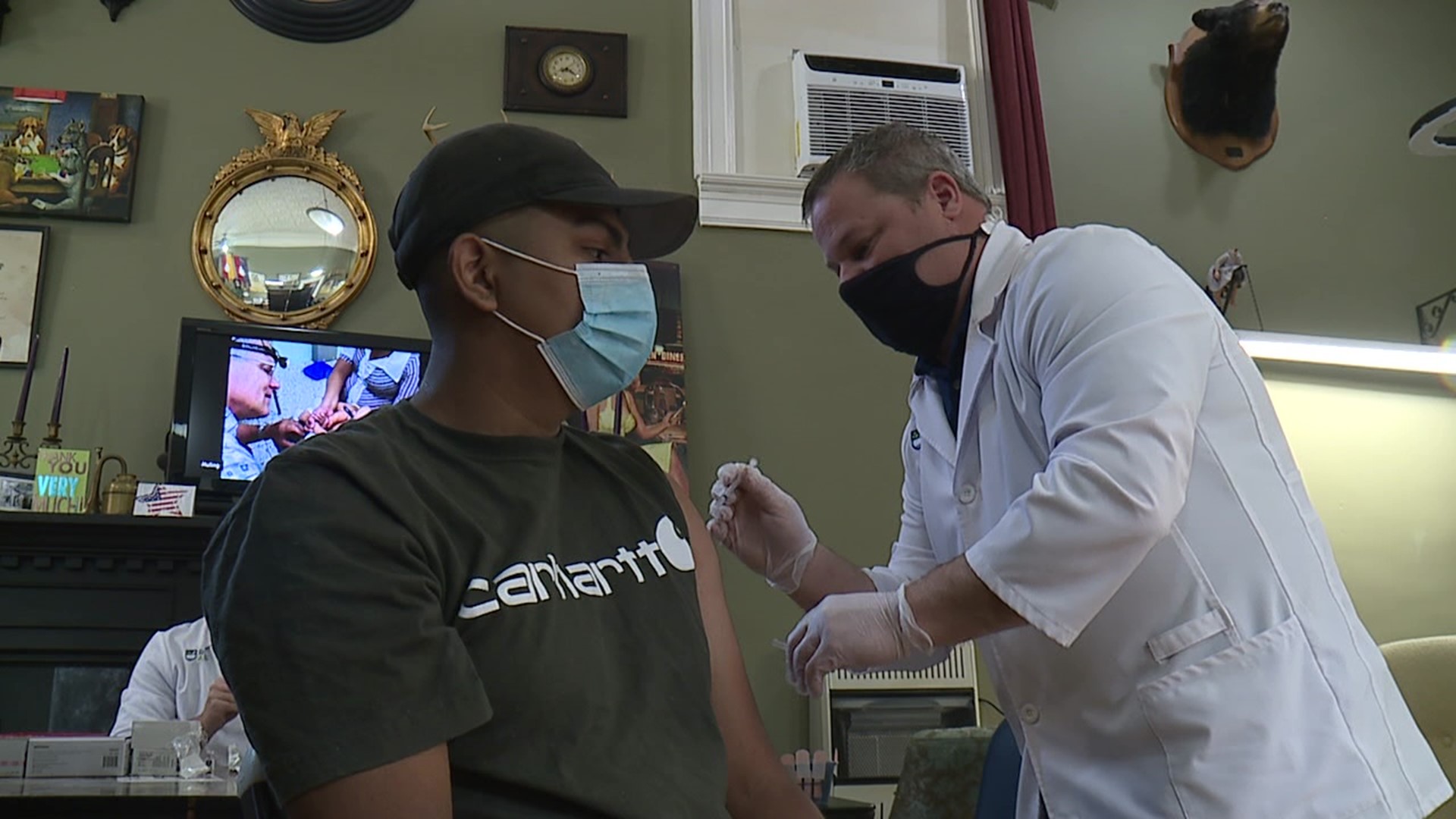 JESSUP, Pa. — It was a busy morning at Three Saints Barber Shop in Jessup. People were coming in and out all day long—not with a new haircut or a fresh shave, but rather with some new genetic material inside their bodies.

The barbershop swapped out razors for needles and hosted its own vaccine clinic with the help of Rite Aid pharmacists.

Owner Mike McAndrew had been hearing from customers for weeks about how hard it was to find an appointment.

"There was a few people that came in that said they don't have access to transportation to even get out of the neighborhood. So, for those people, it was especially convenient to get them in and processed and taken care of. They couldn't even get down to the closest pharmacy," McAndrew said.

Sandy Rinker and Karen Smith both drove almost an hour to get their shots here, which they say was easier than spending hours on the phone trying to book an appointment.

"I actually found out this morning from a co-worker who told us there was openings, so I ended up calling, and I'm here now, and I just got the shot, and everything's fine!" said Jason Heid from Peckville.

Booking an appointment last minute, or on the day of? That's a far different experience from the one so many have had.

That simplicity is the only reason some people even got their shot at all.

"I wasn't getting the shot because I really don't believe in it, but they made it so easy. I said, 'Let me call, and if they take me, I'll get it, and if they don't, it's not meant to be.' And I got it today," said Sharon Wood from Dickson City.

The owner says he expects about 200 people to come through here to get their shot.