SCRANTON, Pa. — After a teenager was seriously injured in an ATV accident, a community has come together to help pay her medical bills. A two-day basketba... 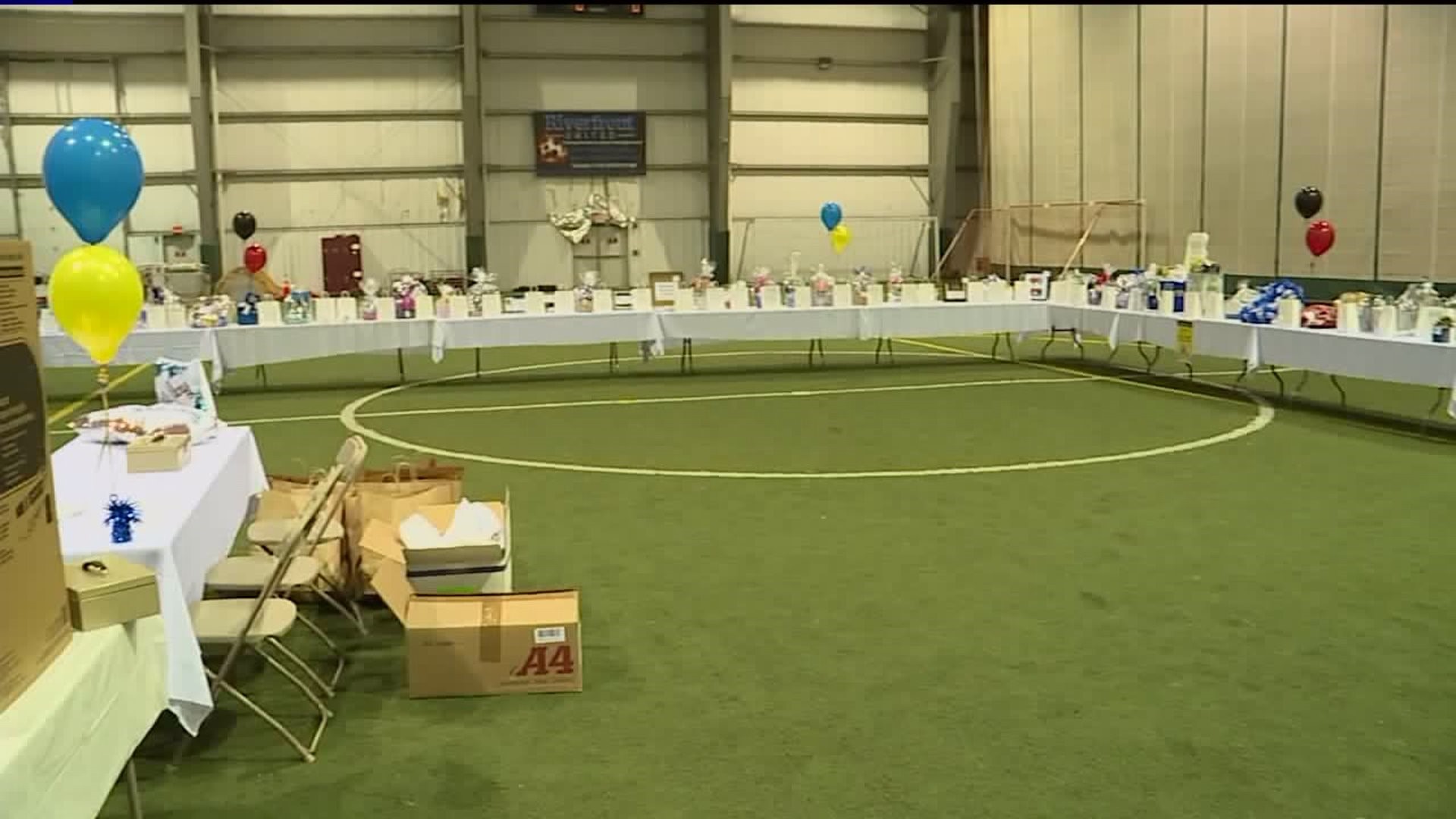 SCRANTON, Pa. -- After a teenager was seriously injured in an ATV accident, a community has come together to help pay her medical bills.

A two-day basketball tournament is happening in Scranton.

Bella Rebar suffered serious injuries during an ATV crash last month. "Balling for Bella" is the community's way of raising money to help pay her hospital bills by playing some hoops.

It is a sport Bella Rebar would rather be playing but for now, she's happy just to be involved. The 13 year old from Archbald is coaching her friends from the sideline during a basketball tournament in her honor at Riverfront Sports Complex in Scranton.

It's been about six weeks since Bella was badly hurt in an ATV crash near her home. Bella's mother remembers getting the call from one of her daughter's friends.

"I found her unresponsive and I am a nurse practitioner, and I automatically went into nurse mode and she really wasn't moving," said Bella's mother Jennifer Rebar.

Bella suffered serious injuries to her brain and her body. She was flown to Geisinger Medical Center's Janet Weis Children's Hospital near Danville.

"She wasn't moving her left side at all. It took about a week and a half before she started to come to and talk and just progression."

Doctors say Bella still has a long road to full recovery which can be costly.

Balling for Bell is a basketball tournament organized by the community to help the family pay hospital bills.

More than 80 teams will play 3 on 3 in a half-court setting. There are raffles and silent auctions for those not pushing the ball up and down the floor.

"Bella and the entire Rebar family are a huge part of the community. They are always there and doing things, so when this happened, it affected all of us and we wanted to show them support and love of our community," said Tara Murphy.

"It is amazing!" Bella added.

The fun continues all night and the Balling for Bella 3 on 3 tournament picks right back up on Saturday at the Riverfront Sports Complex.