What would Thanksgiving be without some traditional dessert? Bakeries in our area have been working non-stop through the holiday. 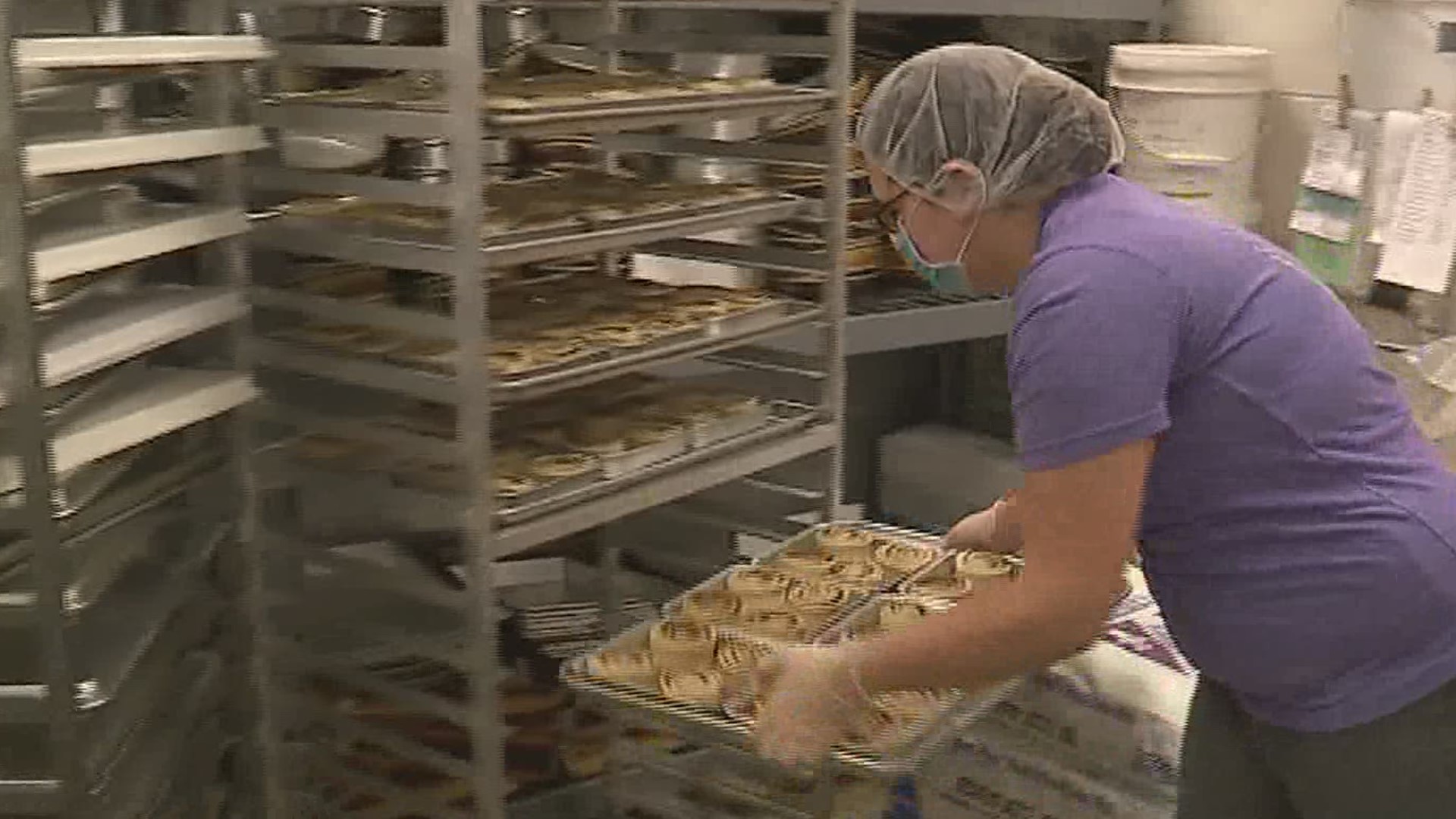 SCRANTON, Pa. — Thanksgiving is one of the last holidays of the year, but for some, it's a workday.

Bakers are up early again, making sure you have all your favorite holiday treats.

At Lynn Sandy's Bakery in Scranton, bakers are getting ready.

Cinnamon rolls are going in as well as other breakfast goods.

The bakers behind the Thanksgiving pies say the cinnamon rolls are the second-most desired thing this week.

Despite the pandemic, bakers say Thanksgiving Day sales are around the same as last year. They expect lines and a busy day once they open on Thursday.

"I think the numbers are pretty close. Yesterday we sold a lot more. I think more people ordered stuff instead of trying to just walk in the door and pick them up," said Christina Freeman. "Apple and pumpkin pie sell like crazy. The coconut custards went up from last year. We sold a lot of them this year."

Bakers say orders ahead of the holiday have been good despite state health officials asking people to cancel family gatherings this year.

"I would say, like, the little trays, because everything is handheld, you don't have to worry about handling too many things, just to keep everything and distanced for everybody to be safe at their parties," said Kylie Kellmer.

After being closed for Easter, Bakers are excited to be back making turkey cupcakes and apple pies. This Thanksgiving Day is the first major holiday since coronavirus shutdowns left many small businesses.

"Especially us being a small business, any time you close on a major holiday, it's a big deal," said Alisha Summa, a manager at Lynn Sandy's Bakery. "I think everyone's glad that they can at least get together with their immediate family in their own household, and we're glad to be here. We love holidays. It's a little crazy, but we enjoy it,"

Morning cinnamon rolls and traditional pies are in high demand for Thanksgiving, but this year, many opted for boxes of individual-sized desserts.

"We do anywhere from 1,500 to 2,000 pies. This year we did pretty close to that, but this year I did notice it was spaced out a lot more, so a lot more people came Tuesday, Wednesday, and Thursday, instead of all on Wednesday," Summa said.

Lynn Sandy's employees scheduled designated pickup times for every customer who ordered ahead to help mitigate big crowds. They've got 500 pies left for pickup on Thanksgiving, and while walk-ins are still welcome, no more than six people are allowed inside at once. 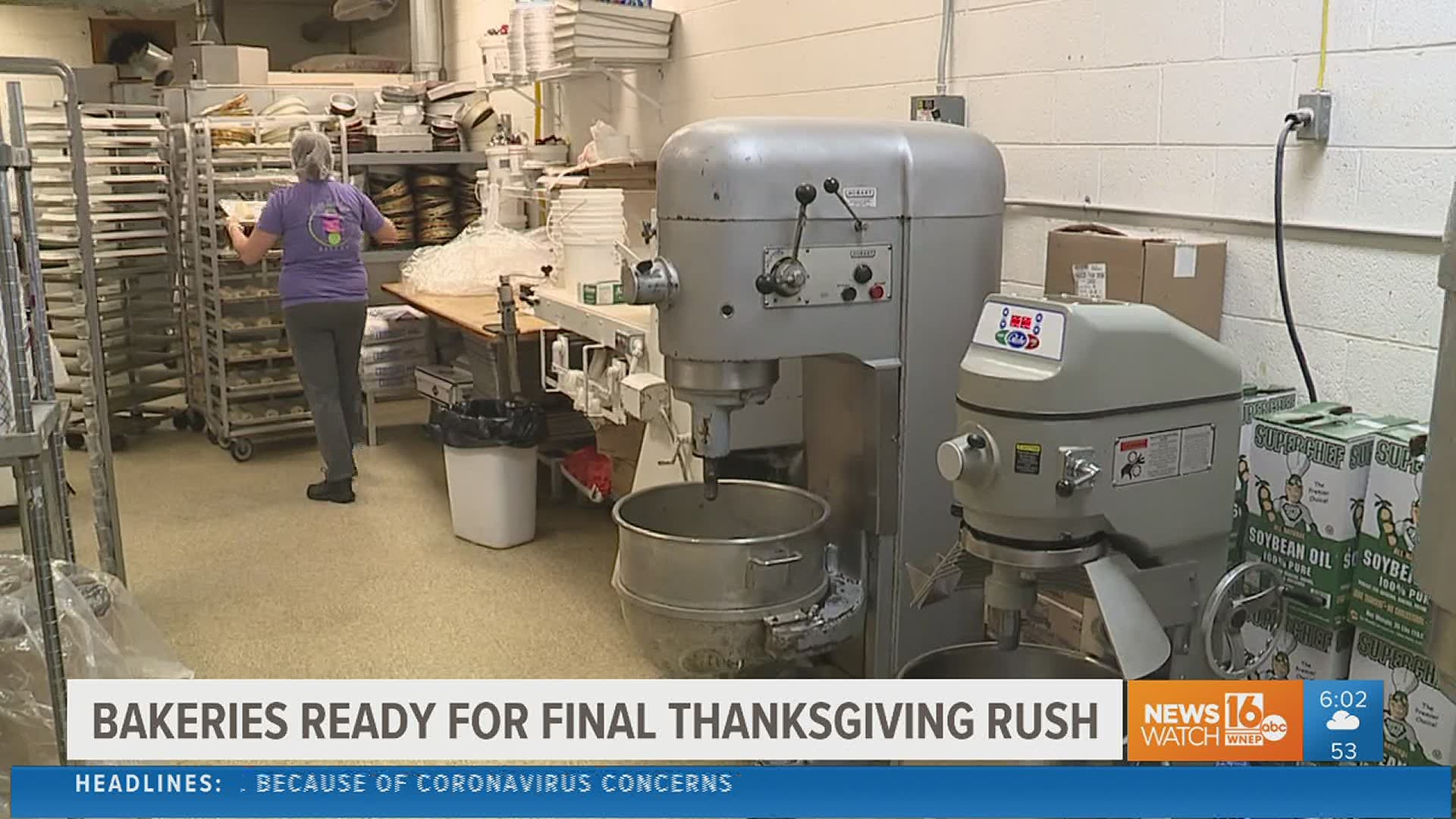