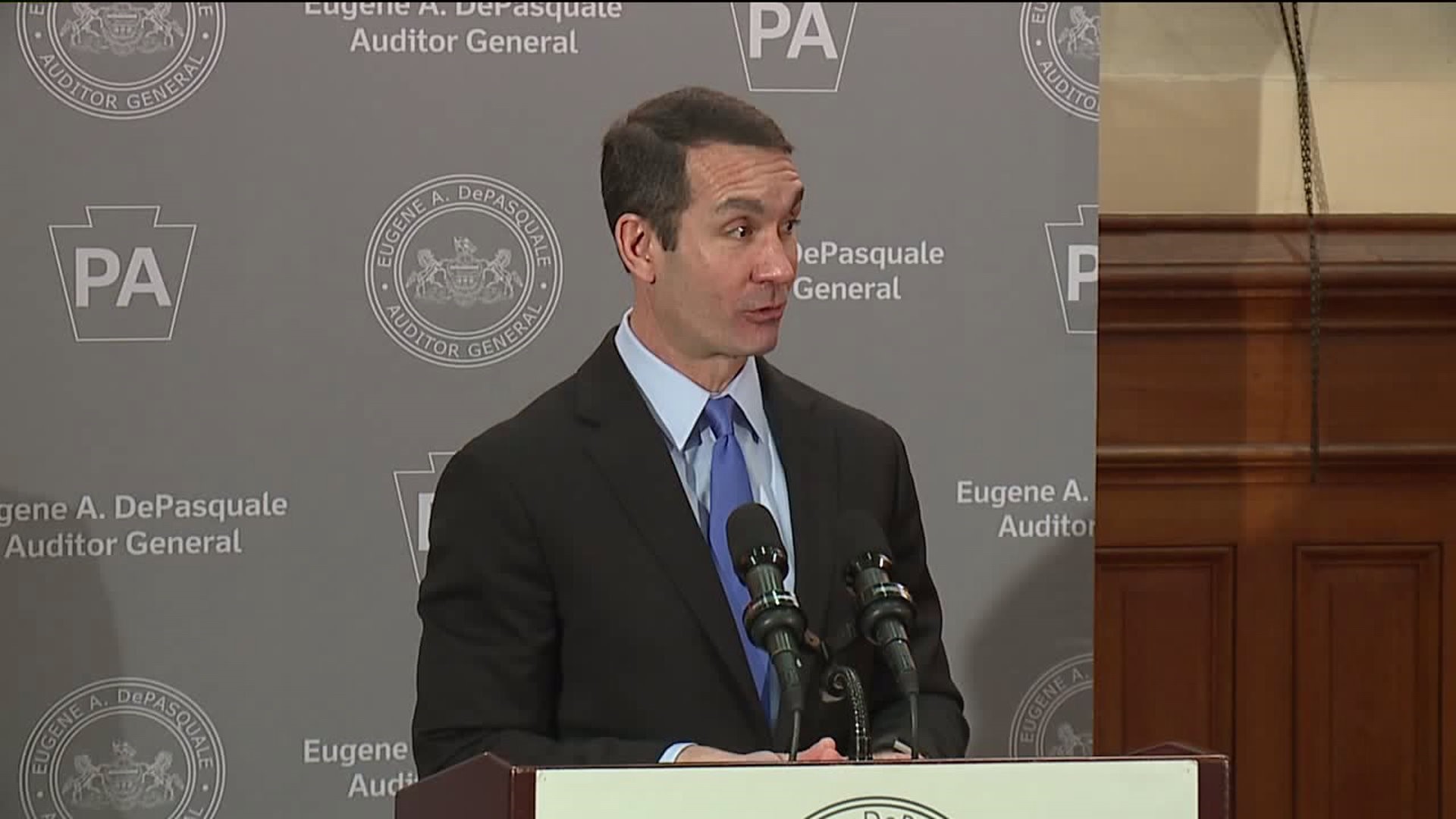 SCRANTON, Pa. -- Calling the Scranton School District's no-bid bus contract, "the worst in the state," Pennsylvania Auditor General Eugene DePasquale called on the school board to scrap the deal.

.@DePasqualePA is back in #Scranton outlining his recommendations for the Scranton School District’s financial recovery plan. First on the list- he says, cancel the bussing contract and put it out for bid. @WNEP pic.twitter.com/DBTwBOhgSR

At a news conference in Scranton City Hall, DePasquale said canceling the contract would save the school district nearly $1.4 million, enough to bring furloughed teachers back into classrooms.

The Scranton School District's newly state-appointed recovery officer, Candis Finan, along with members of the school board, gathered to hear DePasquale's suggestions for financial recovery. The first one they heard loud and clear.

"My number one recommendation for Dr. Finan is to cancel the district's expensive busing contract and put those services out for competitive bid before the next school year," said DePasquale.

.@DePasqualePA says he believes that since SSD is under the state’s financial recovery status, it can legally cancel the existing bus contract. The district could save $1.4 million. @wnep pic.twitter.com/KAWiJBWtwO

DePasquale says he believes the district can legally cancel the contract with DeNaples Transportation. It was a major focus of a state audit two years ago and is still being investigated by the state attorney general.

DeNaples Transportation has held the contract since the 1990s without having to make competitive bids.

DePasquale says the district should cancel the contract that ends within the next two years. He says it could save the district about $1.4 million -- the equivalent of 21 new teachers

"To me, if you have children doing better academically and you've got a better academic result that's coming out of the district, and more parents then want to send their children to the district, then more middle class families stay in the city, that to me is the best financial recovery we can have," DePasquale said.

Scranton's recovery officer says she will look into whether they can cancel the busing contract. if not, she plans to renegotiate some terms.

"I don't think there's one single answer for solvency for the Scranton School District, OK? All options are on the table," said chief recovery officer Candis Finan.

The school board doesn't have to take DePasquale's suggestions but now that the district is under the state's financial recovery status, board members will have to follow a recovery plan.

"Well, let's put it this way, the board better follow the recommendations and they better listen to Dr. Finan, or they'll get dissolved and we'll end up in receivership and that would be the worst thing we could possibly have happen to our district, that would be bad," said Rosemary Boland Scranton Federation of Teachers.

Some of DePasquale's other suggestions had to do with transparency. He suggested that the recovery officer and board members often provide updates to parents and students.