SCRANTON — A court-appointed attorney accused of federal tax fraud showed up in court and pleaded not guilty on Friday. Danielle Ross is currently suspend... 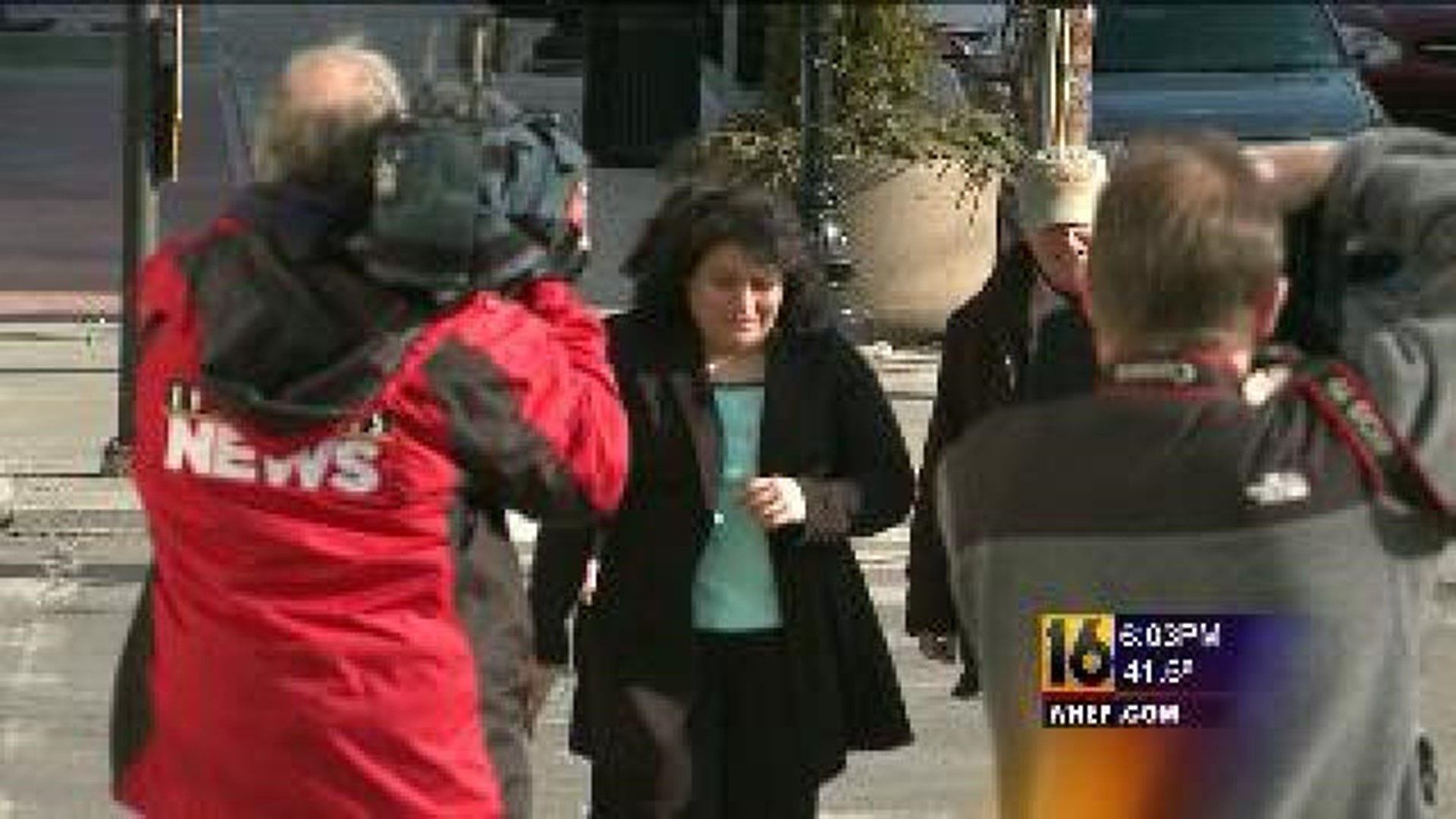 SCRANTON -- A court-appointed attorney accused of federal tax fraud showed up in court and pleaded not guilty on Friday.

Danielle Ross is currently suspended from her job as the attorney who represents the interests of children in Lackawanna County family court.

Earlier this week, Ross was indicted on federal tax charges.

Ross and her attorney said they will fight the federal charges of tax evasion and filing false income tax returns.

She was suspended from her position of guardian ad litem in Lackawanna County court.

Guardian ad litem represents the interests of children in court in custody and visitation hearings.

Ross has worked on hundreds of those cases and some of the families were in court Friday. They claimed that Ross’s claims were biased and not based on facts and her billing was excessive.

Ross is facing charges that she did not pay taxes on the billings above her base salary.

Some parents said she deserves more than tax charges.

“She’s getting it for tax evasion; she should get it for other stuff. It’s OK to have a guardian ad litem on your case if they’re doing the right thing, if they care about your children,” said Misty Bankhead of Olyphant.

“It’s unfortunate that the government decided to bring these charges. They’re meritless. They stem from a much broader investigation that shows corruption didn’t take place,” said defense attorney David Solfanelli.

Parents who have been questioned by federal authorities in this case about Ross say they have been asked other questions about other people connected to the county family court system.

No one else in the family court system has been charged at this point.