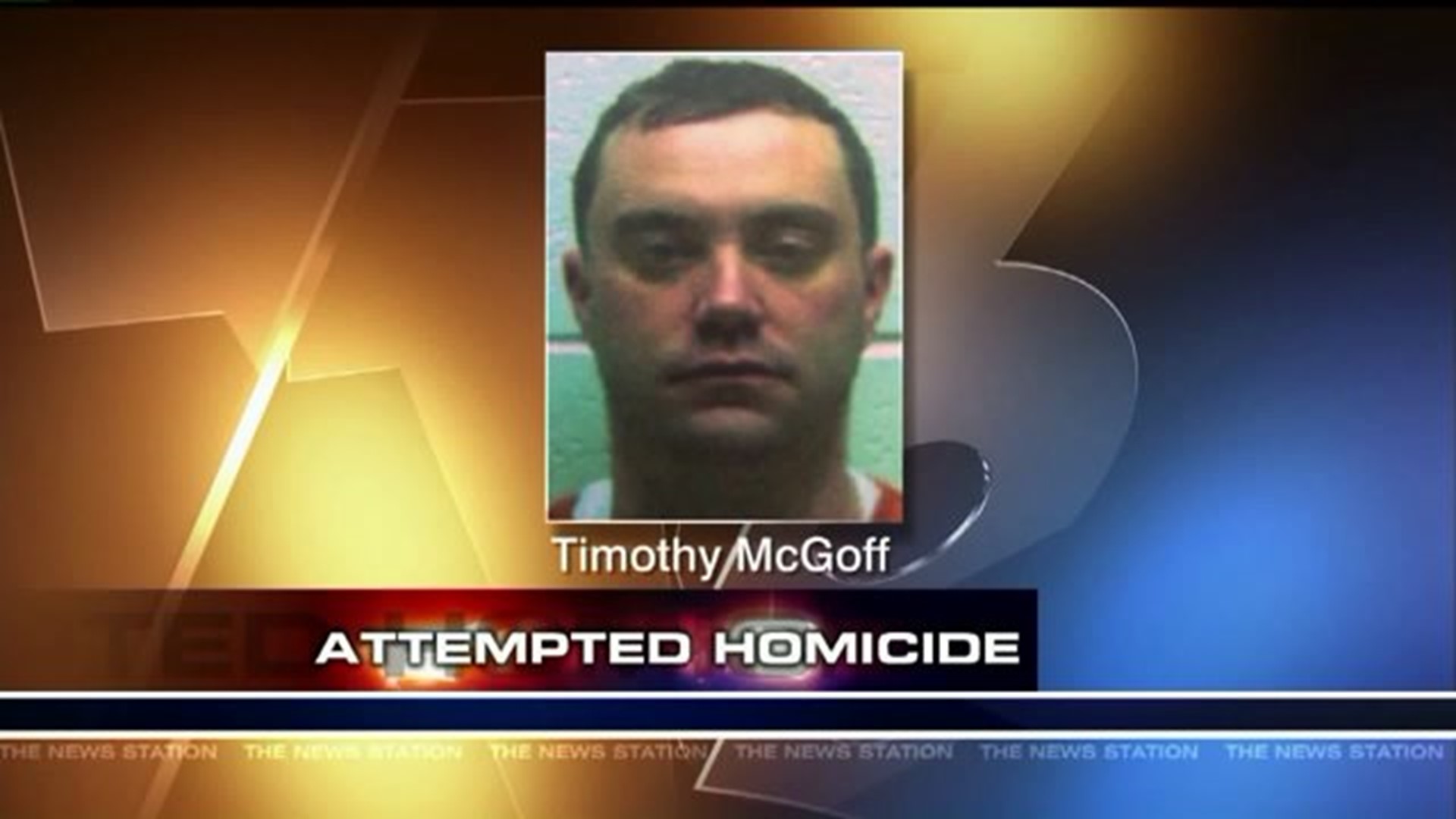 A judge sentenced Timothy McGoff from Moscow in the aggravated range, meaning he got a stiffer sentence than usual -- up to 51 years behind bars.

Leslie Bacinelli still wears the physical scars of what happened to her two years ago, but it's the emotional scars she says cut deepest.

"I don't consider myself a victim. I am a survivor," Bacinelli said.

We spoke with Bacinelli after she heard the sentence for the father of her children, Timothy McGoff of Moscow.

A judge ordered him to spend 21 years and 4 months to 51 years behind bars for attempting to kill Bacinelli and her boyfriend Craig Hoover.

Last year, a jury convicted McGoff for chasing the couple in a stolen car for close to 20 miles around the Moscow area in 2015. He then attacked both with a knife, cutting Bacinelli's face and attempting to slit her throat.

"A sense of relief that it's over, there's never going to be fully a closure to it all. I mean we're going to struggle for the rest of our lives, but I'm just glad that this is over and we can finally move ahead with our lives," said Bacinelli.

"I'm just glad that hopefully we can move on with our lives and move forward the best that we can. That's all I have to say. I'm glad that this part is over," said Craig Hoover.

Bacinelli and Hoover have moved out of state but still feared that McGoff may try to hurt them again.

Decades behind bars provides some relief.

"A little bit, just a little," said Bacinelli. "I think it is going to get easier over time but it's not going to happen instantaneously."

Timothy McGoff has been behind bars since his arrest in 2015 after serving a minimum of 21 years in prison, McGoff was also ordered to serve 12 years of probation.