At the University of Scranton, Prayers and Songs for Peace

SCRANTON — About 200 people walked, holding flickering lights across the campus at the University of Scranton Monday night. While they walked, they sang s... 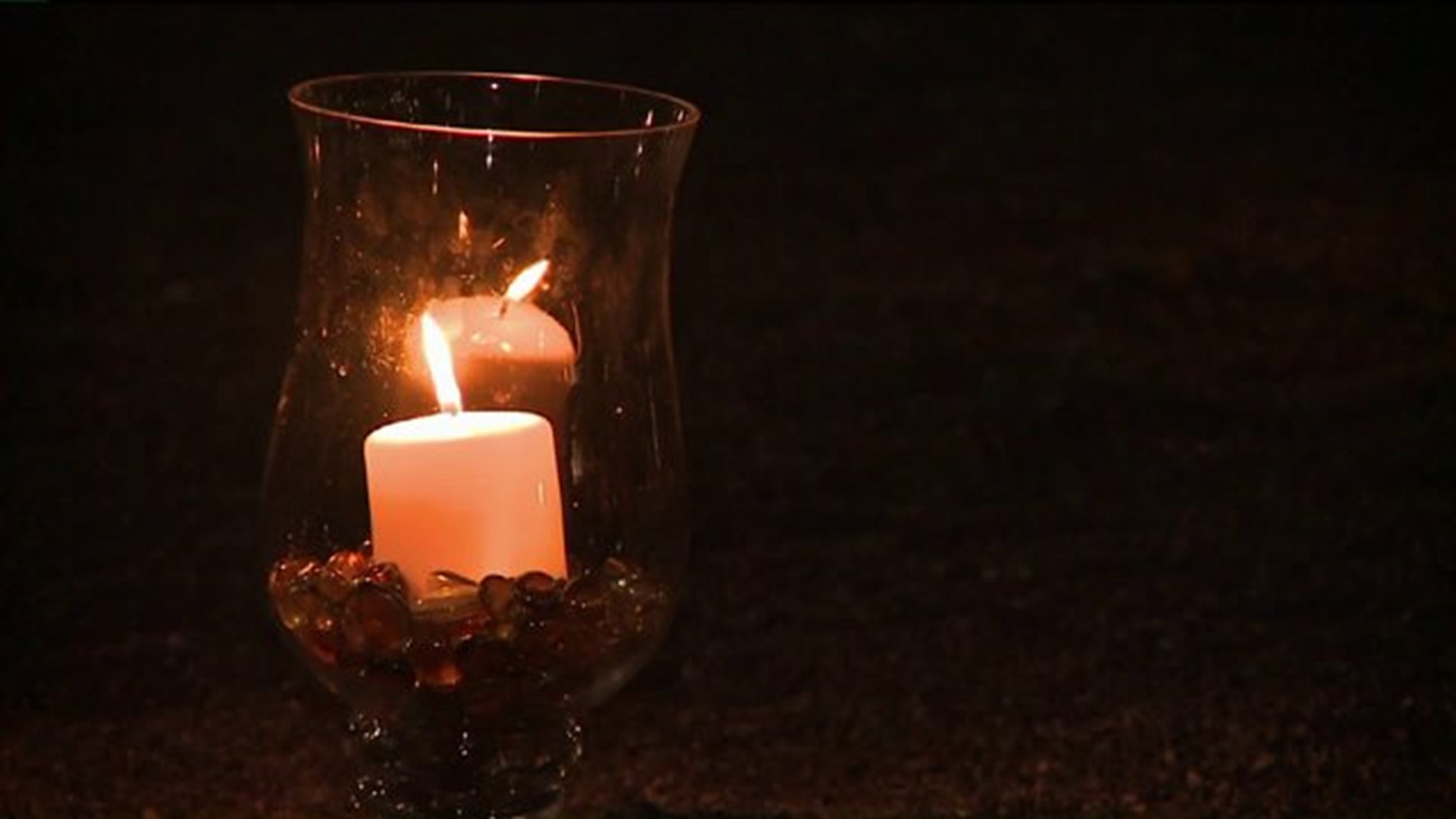 SCRANTON -- About 200 people walked, holding flickering lights across the campus at the University of Scranton Monday night. While they walked, they sang songs about peace and healing.

"Even though we're many miles away, just showing we have that support for those who are far away is good,” said student Krysta Horocofsky.

“It was important that our response was one of love, was one of compassion for the victims, compassion for all the people involved of all different faiths,” said Ryan Sheehan of The Jesuit Center at the University.

This vigil was for the victims of recent violence in Iraq, Beirut, and Paris, where brutal attacks have left hundreds dead. The Islamic extremist group ISIS has claimed responsibility.

A freshman at the University of Scranton was watching news of the attack in France when he came up with the idea for the vigil.

"We haven't really been exposed to any of this in our lifetime. We were very, very young when the attacks on 9/11 happened so we didn't really experience in this way. It was shocking and it was appalling and it moved us,” said Nick Capobianco of the University of Scranton.

It seems it moved many, who came out to pray for peace.

Among those at the remembrance was a Muslim student from Palestine, who asked others to realize his religion does not promote violence.

Celine Langlard knows Paris well, she has friends there. Her family lives in the French countryside. She is at the University of Scranton for a year on a Fulbright Scholarship. Looking out at the crowd of people in Scranton meant a lot to her.

"It is a lot of support and seeing it, it was powerful and thinking of what happened, I just wanted to say thank you to all of them,” she said.