Newswatch 16's Elizabeth Worthington shows us what she found in her travels around the area on Thursday. 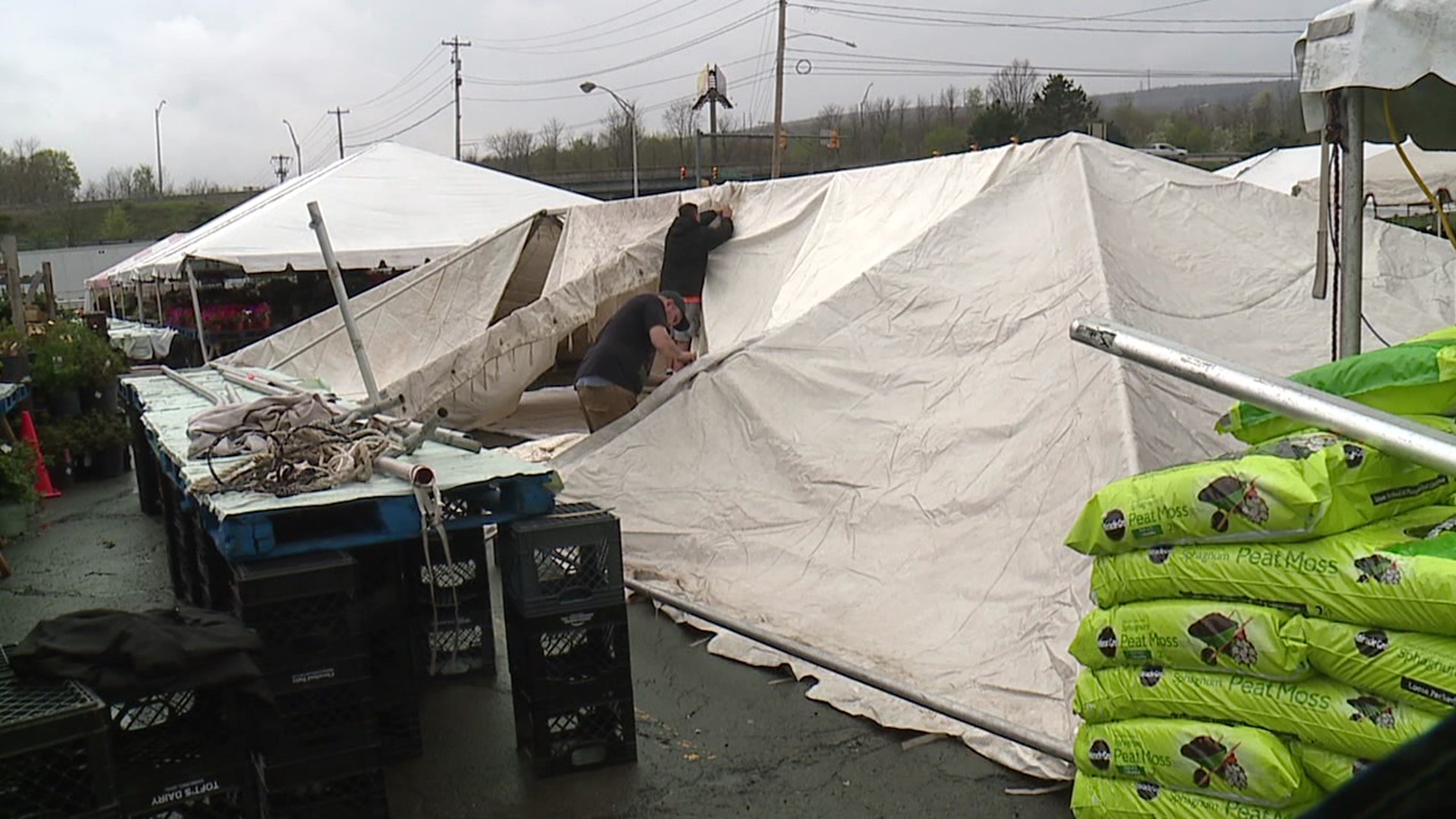 LACKAWANNA COUNTY, Pa. — People who had a tree down in their neighborhood were probably feeling lucky. At least it didn't fall on their home as one did in Blakely.

"It was here, and it was gone," Barbara Zawicki said.

"The wind was wild, the trees were wild, the rain was pelting," recalled Chuck Gard, Summit Christian Academy administrator.

A couple of downed trees on a road in South Abington Township meant no school for kids at Summit Christian Academy.

"Oh, my, very unexpected. Snow days were supposed to be a thing of the past," Gard said.

The tree ripped down the power lines connected to Barbara Zawicki's house, damaging the siding that just recently cost her $1,000 to have redone.

"I was watching Kurt Aaron tell us what was going to happen last night, and within seconds, the wind became so horrendous, and the hail. You could hear it hitting the house. And I went to close my window, and I couldn't even get to the window because the wind was pushing me back."

And it wasn't just wires and trees that the wind ripped down. The tent in the garden center at Gerrity's was flipped right over.

"Around 8 o'clock at night, the storms roll through, and a gust of wind just lifted up the whole tent and tore the whole canvas off, flipped it right over the top of the fence out front," said Gerrity's co-owner Joe Fasula.

Luckily, no customers or employees were near the tent at the time, and no one got hurt, so Fasula was able to make light of the situation.

The garden center was closed on Thursday, but it will be back open first thing in the morning with the surviving garden gnomes.

RELATED: Cleaning up, waiting for power in Wyoming County