ROARING BROOK TOWNSHIP, Pa. — Runoff from rain is something PennDOT crews are used to here in northeastern Pennsylvania, but now they’re dealing wit... 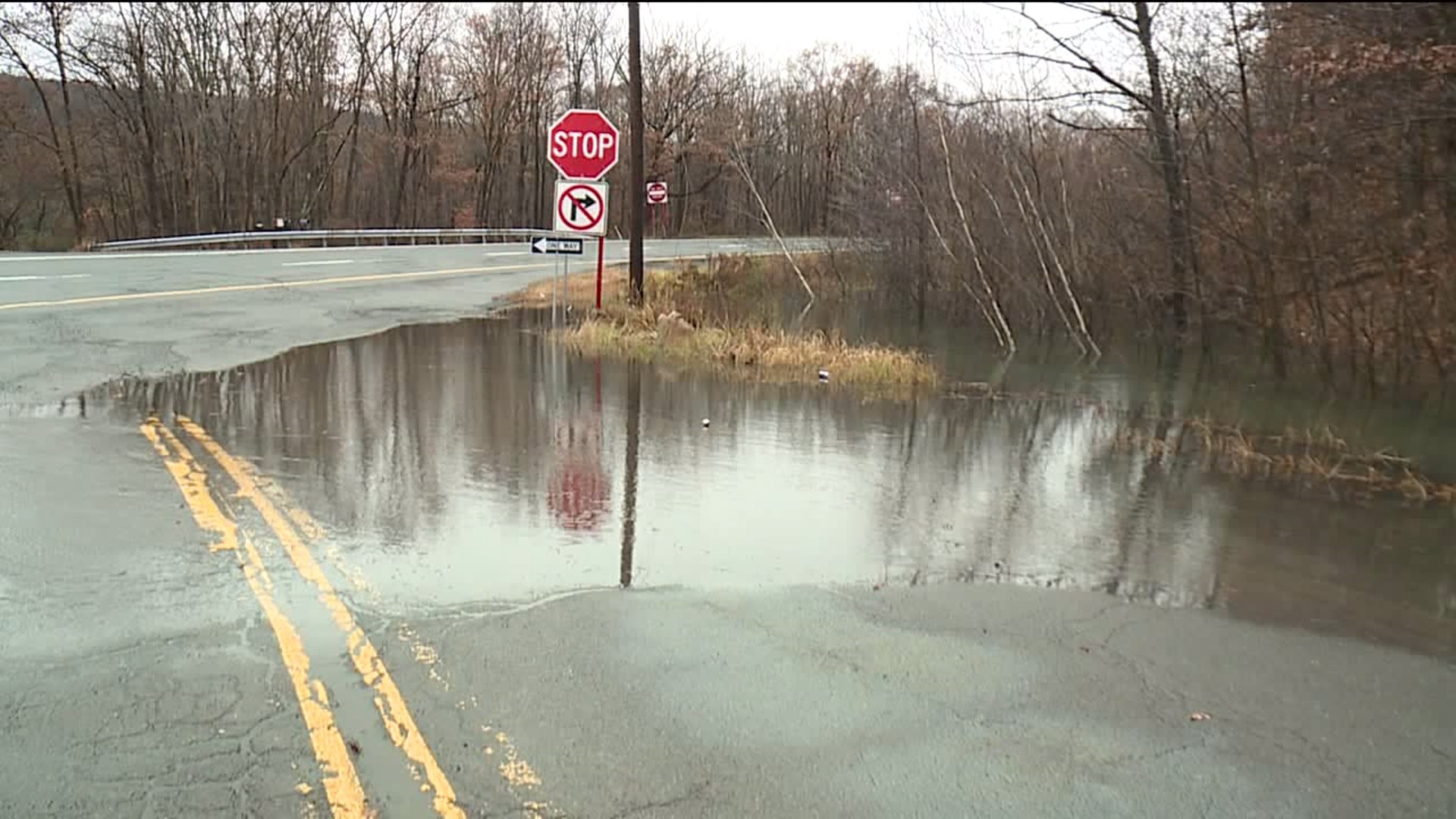 ROARING BROOK TOWNSHIP, Pa. -- Runoff from rain is something PennDOT crews are used to here in northeastern Pennsylvania, but now they're dealing with a whole new problem after months and months of record rain.

State police are investigating a crash from Monday to see if ice played a factor. It happened in an area neighbors have already called dangerous because of how dark it is with little signage. Now, overflowing water on the road is freezing over, creating a new hazard.

"The water table is so high, the groundwater is so high that the water is actually coming up through the road onto the surface instead of just coming down from the mountain onto the road," said PennDOT official James May.

After months with record rainfall, now we're seeing new issues on many roads in the area as temperatures drop below freezing.

"What we're seeing now, with this water coming up from under the ground, drivers really need to be careful because you may be seeing water in places where you haven't before," said May.

One of those spots is on Route 435 in Roaring Brook Township, where running water turned to ice Monday morning.

"(It's) a very scary road to drive. My parents have told me for years it's the most dangerous road in northeastern Pennsylvania, and I believe them," said Vince Cianfichi.

A car and cement truck collided around 9 a.m. Monday and Cianfichi was driving past less than an hour earlier. He saw how icy it was and called state police and PennDOT to report it, then was shocked when he heard about the crash that critically injured a person.

"When something doesn't get done and this happens, you get angry about it. It's not right. You pay taxes, you want to see the roads maintained," Cianfichi said.

PennDOT says crews have been up there at least four times in the last several years to do shoulder drainage cleanout, but then the water just finds someplace else to go.

"What ends up happening is the water moves from location to location because it's under the road there and it needs a way to come out, so they'll do ditching work and the drainage work, and then it moves to a different area," May explained.

Cianfichi and his son have seen several crashes and three fatalities on Route 435 over the years. They are desperate for something to change to make it even a little less dangerous.

"We hope if you're a North Pocono resident and you use that road daily that you'll contact PennDOT and you'll let them know if you feel the road is safe or not for you and your family. If you don't feel that it is, you'll let them know and tell them they need to make appropriate repairs and get it up to standard," Cianfichi said.

PennDOT tells us Route 435 had been salted before the time of the crash Monday morning, and crews will continue to salt problem areas as temperatures are forecast to be below freezing again Tuesday night.