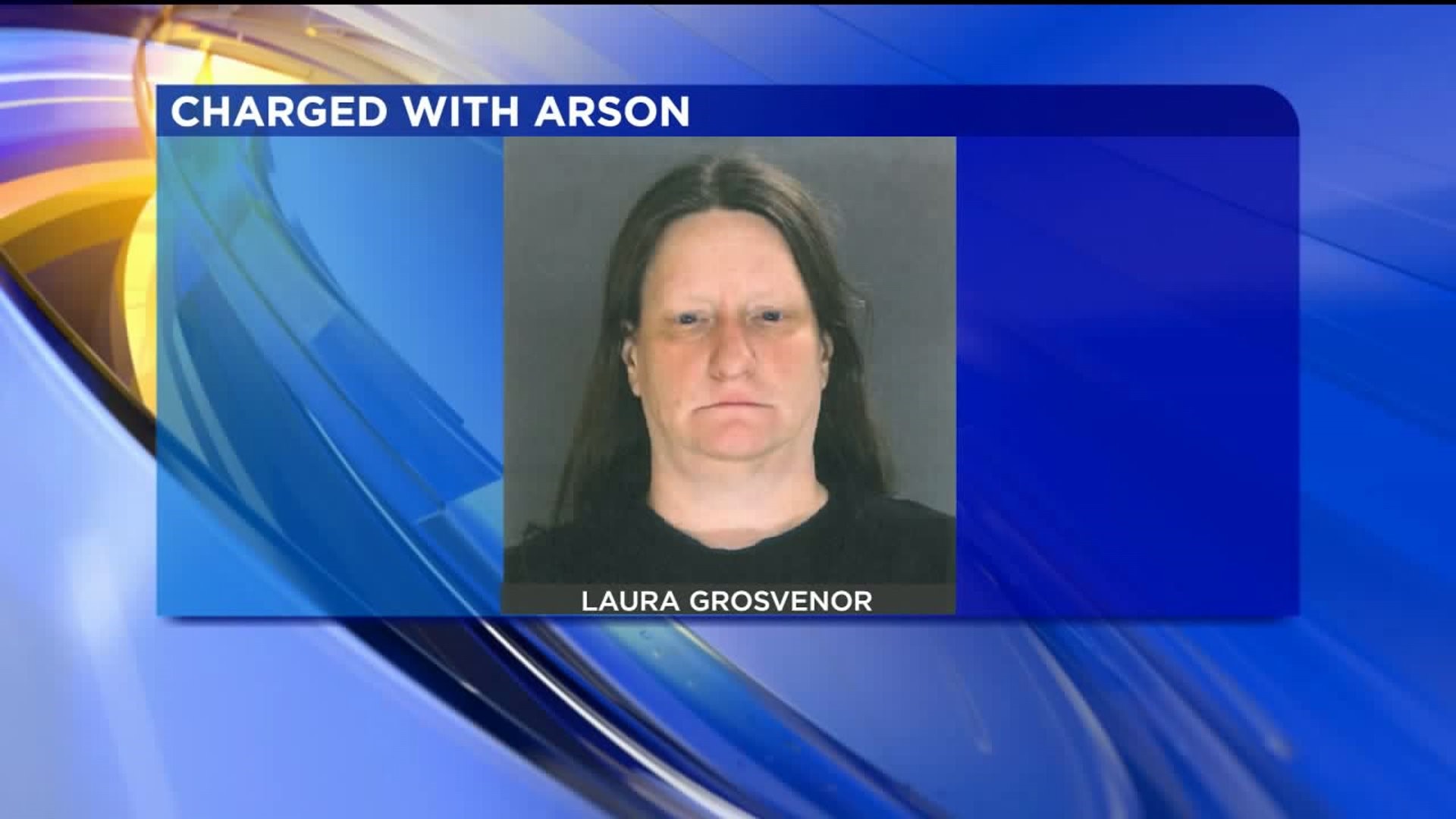 Investigators say on October 26th, Grosvenor set fire to the porch of a vacant house on 1750 Nay Aug Avenue.

Diane Vaughn credits her neighbor Arthur Phillips for saving her home next door.

“We weren't home at the time,” said Vaughn. “So he came, we were lucky, there was a shirt when they broke the window, they had around the broken glass so he threw it out in the drive here and that's what saved the house from going.”

“What neighbors are left here we keep an eye on the properties and that was our concern that somebody could get hurt,” said Phillips.

Grosvenor is also charged with setting fire to two dumpsters behind the Giant grocery store off Green Ridge Street.

On January 3rd, police say she set wood on fire in a train box that was on tracks near the shopping plaza.

According to court papers, Grosvenor told police she was a pyromaniac and was in counseling for but that her medication had run out.

YouTube video posted by Grosvenor shows a dumpster fire with the quote: “*Someone* set a dumpster on fire...I can't say who did it.”

Dr. Matthew Berger is a psychiatrist with Commonwealth Health and says medication for mental health issues are necessary to maintain treatment.

“It's not like a cold where you get it for seven to 10 days and it goes away,” said Berger. “It's more like diabetes where you need to take your insulin every day or hypertension where you take it every day and if you stop taking the medication the symptoms come back.”

Laura Grosvenor is being held in Lackawanna County on $50,000 bail.