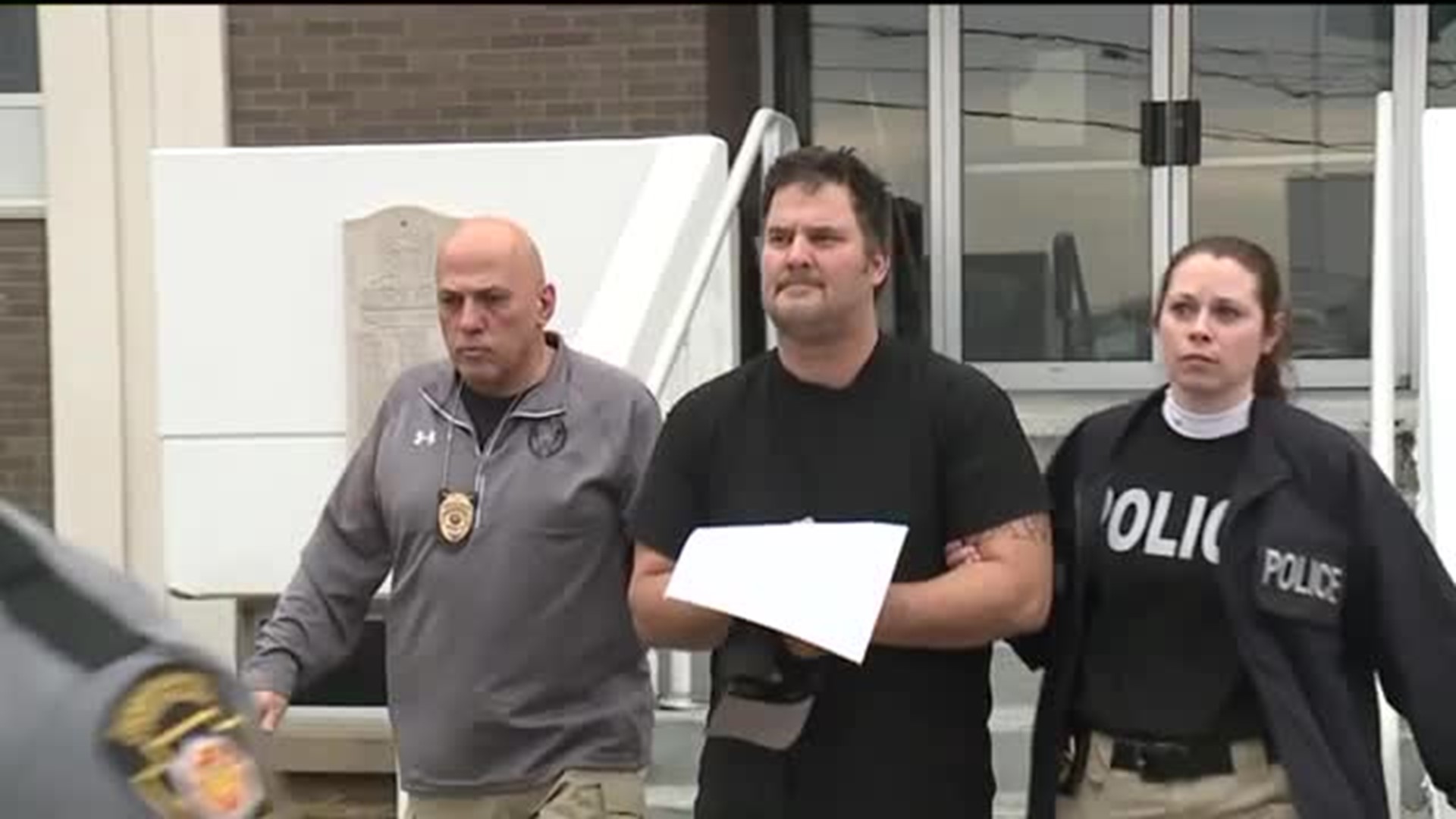 The arrests follow months of investigation by the state police and the state attorney general's office, but it's been years since sexual abuse allegations were lodged at the Lackawanna County Prison.

Troopers arrested seven men who all have ties to the prison, either current or former corrections officers.

One by one, they were led out of the state police barracks in Dunmore and taken to be arraigned at a magistrate's office in the borough.

After being processed and interviewed, the men were taken to their arraignments.

7 suspects being taken to their arrraignments now. This is Mark Johnson. @wnep pic.twitter.com/H0o4mqAroe

All of the men face different charges that include harassment, institutional sexual assault, and indecent assault. Those charges stem from a grand jury presentment.

In September of 2017, state troopers and agents from the attorney general's office raided county offices and the prison as part of this investigation.

The investigation was spurred, in part, because of a federal civil lawsuit filed back in 2016. It alleges a culture of sexual abuse at the prison and a large-scale scheme to cover it up.

We expect to learn more about what each of these seven men is accused of as they are all arraigned Wednesday evening.

State troopers are planning a news conference with officials from the attorney general's office for Thursday morning.