SCRANTON — Saturday was Armed Forces Day, a day set aside to honor the men and women in uniform who defend this country. Every year, a parade in Scranton ... 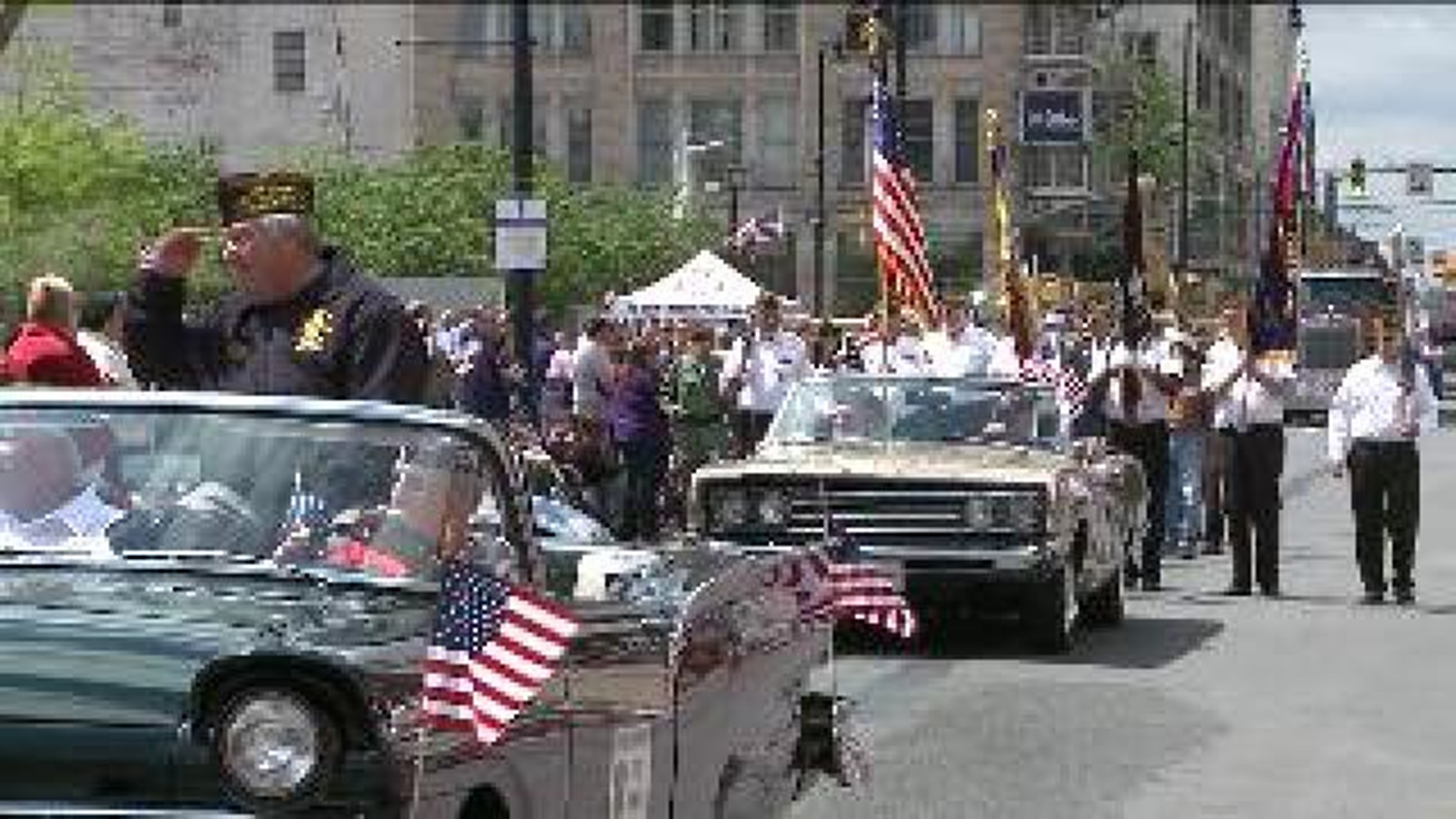 SCRANTON -- Saturday was Armed Forces Day, a day set aside to honor the men and women in uniform who defend this country.

Every year, a parade in Scranton does just that.

Marines led the way on Penn Avenue, taking the Armed Forces Day parade through the city.

Every year, this parade pays tribute to the men and women who serve all over the globe, protecting our way of life..

"We've been here, straight, seven years to give our respect for the armed forces," said Steven Pace.

Some families make a point to be there for this type of event, honoring veterans who fought long ago, in every branch of the military, each service member doing his or her part to keep us safe from harm.

"They do so much for us, protect us in so many ways. Afghanistan, inside the US. When floods happen, they're there to help us."

Floats and marching bands made their way to Courthouse Square. About 200 troops marched the route while the patriotic lined the streets, showing their support.

"It's very important to honor our veterans," said Jane Roberts of Scranton. "That's why we're here. They deserve our thanks our praise, most of all our support."

Some have loved ones who served or are still serving and were less than happy to see the meager turnout for this parade compared to others in the Electric City.

"Always a bigger turnout would be great. Too bad we don't get the support for our veterans that we get for our Saint Paddy's Day parade. It's much more important."

Theresa Sobolak of Lenox added, "More people in the parade than there are spectators watching and honoring them. I think it's vital. When St. Patrick's Day, there's a million spectators. When it's Armed Forces Day, there's very few."

It was President Truman who pushed for creating Armed Forces Day to thank the men and women of the military. The holiday dates back to 1949.