LACKAWANNA COUNTY, Pa. — An area veteran is tossing his hat into the political ring, announcing he is running for Congress. Staff Sgt. Earl Granville post... 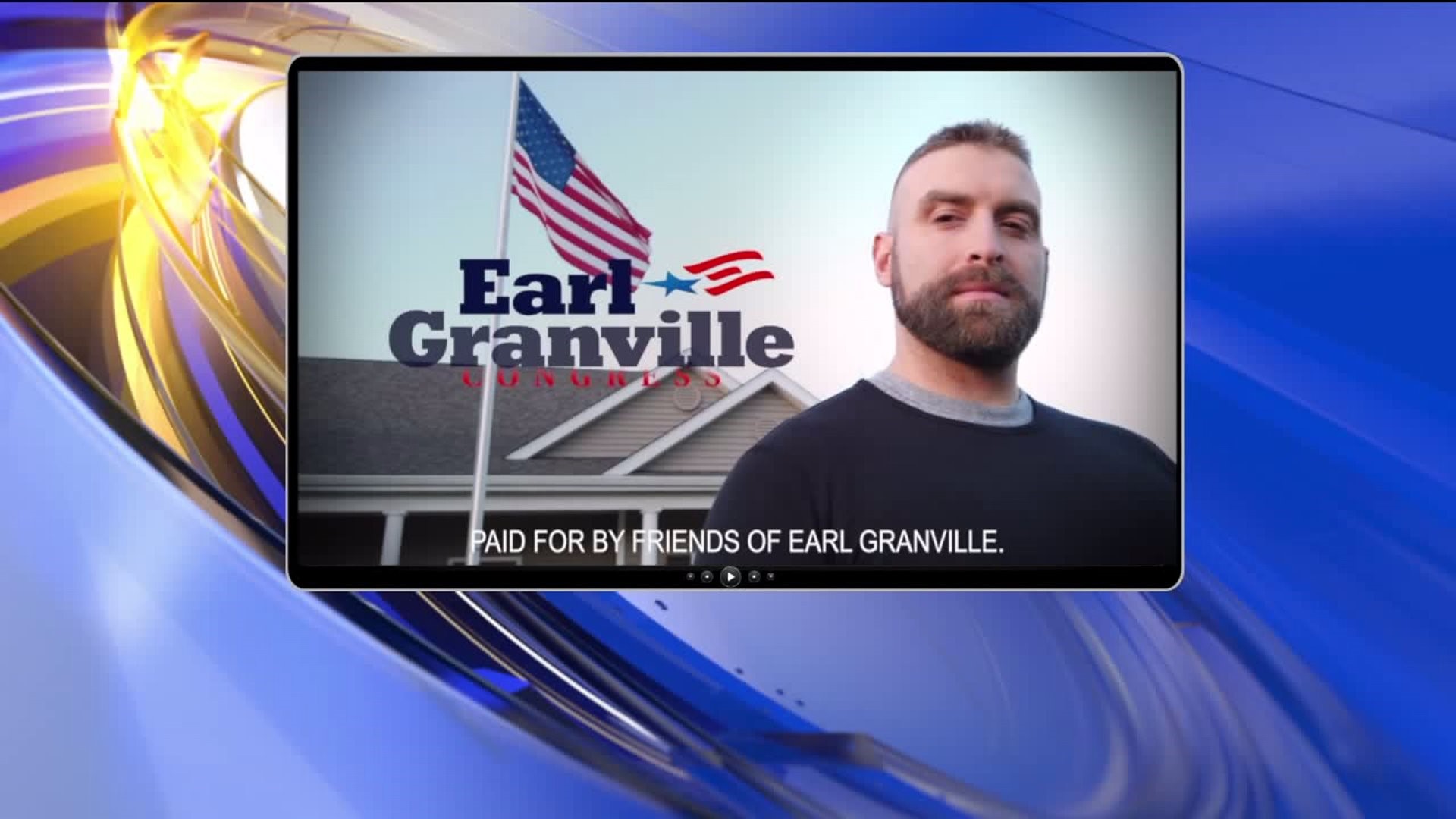 LACKAWANNA COUNTY, Pa. -- An area veteran is tossing his hat into the political ring, announcing he is running for Congress.

Staff Sgt. Earl Granville posted a video on his website Thursday morning explaining why he is running as a Republican for Congress in the 8th District against incumbent Democrat Matt Cartwright.

The 8th Congressional District covers much of northeastern Pennsylvania.

Granville joined the Pennsylvania National Guard in 2001 and went on to serve tours in both Iraq and Afghanistan. He was severely injured in an attack in Afghanistan and lost his leg.

Granville has since become a nationally recognized advocate for wounded veterans and PTSD.

He says his community back home has always supported him, and now he wants to give back.

"My experience as a veteran really helped me learn how to live my life on a positive note from the things that happened, and I would like to give that to the people and show them the way as well," said Granville.

Granville is running on an America-first campaign. He says one of the biggest things he wants to change is the nationwide political and cultural division.

Two other Republicans are vying for the chance to go up against incumbent Democrat Matt Cartwright.

Luzerne County Councilman Harry Haas threw his hat in the ring back in October, as well as combat veteran and retired police officer Teddy Daniels.

"What am I hoping for in this campaign is a frank debate on what I consider priorities for our area and for the nation," Cartwright said over the phone. He listed healthcare, lowering the cost of prescription medicine, and better-paying jobs as some of those priorities.

Congressman Matt Cartwright is running for a fifth term. Nationally, Republicans have targeted his district as one that could flip in the 2020 election.

Back at home, there are political ads running on TV, putting the pressure on Cartwright to vote no on impeaching President Trump.

"I intend to do what I think is right, and I'm not going to let politics enter into it," Cartwright said.

The congressman has not said how he plans to vote.

Granville made his opinion on the matter clear.

"I feel like it's been a lot of wasted time for now, and I wish people in D.C would just get up and do their job and start representing the people because that's what we're doing."

The two articles of impeachment are expected to be brought to the full House of Representatives next week for a vote.