SOUTH ABINGTON TOWNSHIP — A dog found abandoned and abused is making big news in Philadelphia after a mail carrier picked up the beaten boxer. That dog is... 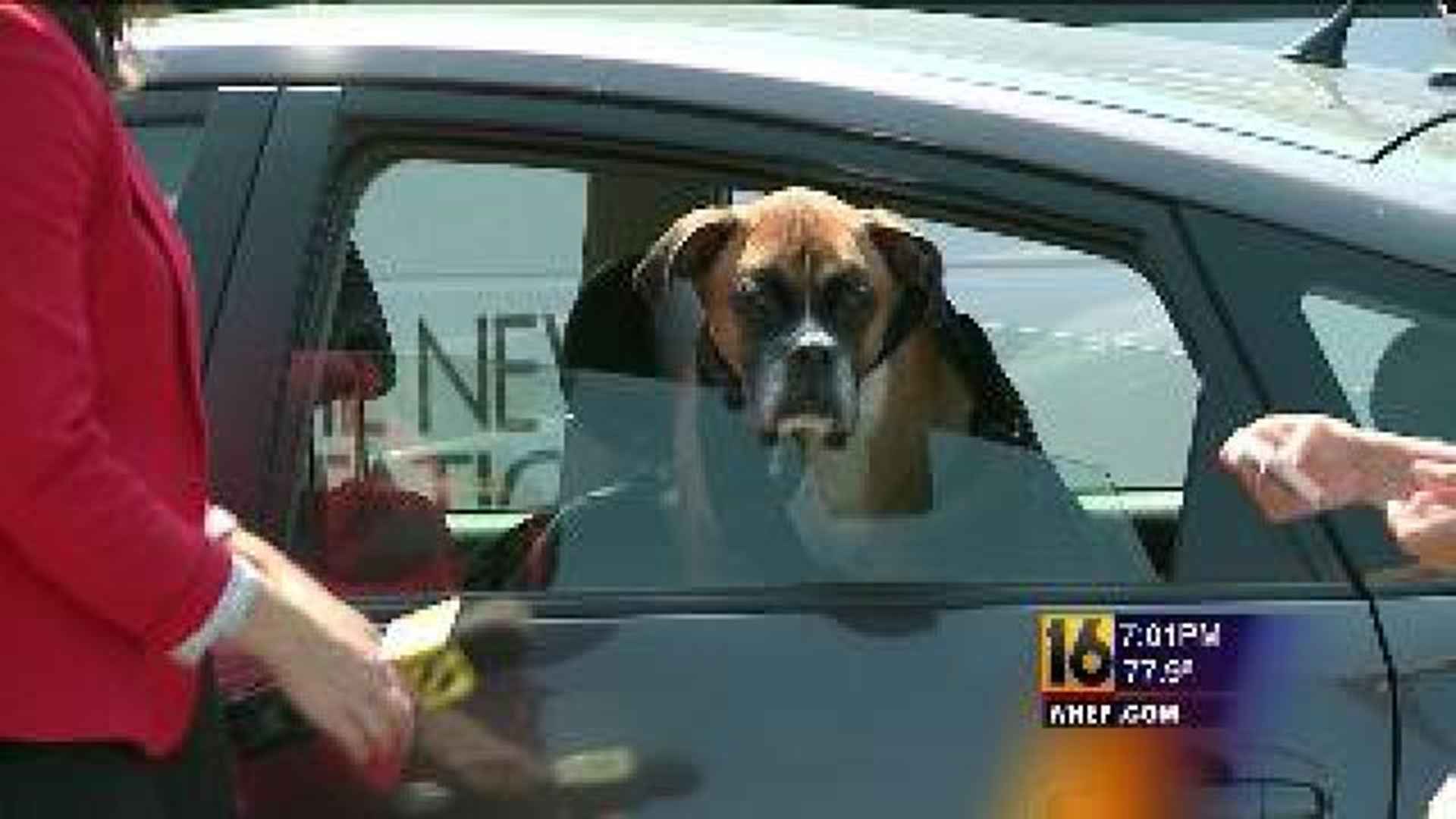 SOUTH ABINGTON TOWNSHIP -- A dog found abandoned and abused is making big news in Philadelphia after a mail carrier picked up the beaten boxer.

That dog is now on the mend thanks to an animal rescue group in our area.

A mail carrier on a route in south Philadelphia happened upon the dog last week, and knew there was something wrong. The female boxer now named Kuperus was skin and bone and tied to a tree.

Kuperus is now on the mend and is pulling on the heartstrings of dog lovers in Philly. She made a TV appearance there after going through multiple surgeries.

"Where she had a wound about this big on the top of her skull that went to her skull, and a broke jaw. We had to have eight or nine teeth removed. She was really a mess," said Dawn Karam, Adopt a Boxer Rescue.

Kuperus' story could've been much different if it weren't for Karam of Dickson City and other volunteers from northeastern Pennsylvania. We caught up with Karam at the Griffin Pond Animal Shelter near Clarks Summit where she spends a lot of her time.

Karam started Adopt a Boxer Rescue that's now helping dogs from as far away as North Carolina. That's how Kuperus ended up in our area.

"She could've been euthanized immediately, which, they did reach out to over 200 rescues to help her and no one stepped up. It was the day or two before the 4th of July."

Kuperus is now healing at a foster home in Quakertown and the volunteers in our area are working on finding her former owner who may be responsible for the abuse. They're offering a $1,000 reward for information. Then, they'll work on finding Kuperus a permanent home.

"She doesn't look real good right now, but she has the greatest outlook. She smiles and everything. From now is going to be a good thing for her, her bad days are behind her."

Karam says it could be luck, even fate, that Kuperus wound up being treated in our area, but either way, it shows that what they're doing works.