ARCHBALD, Pa. — Work is almost finished on a road project meant to improve safety in one part of Lackawanna County. It affects many drivers in Archbald at... 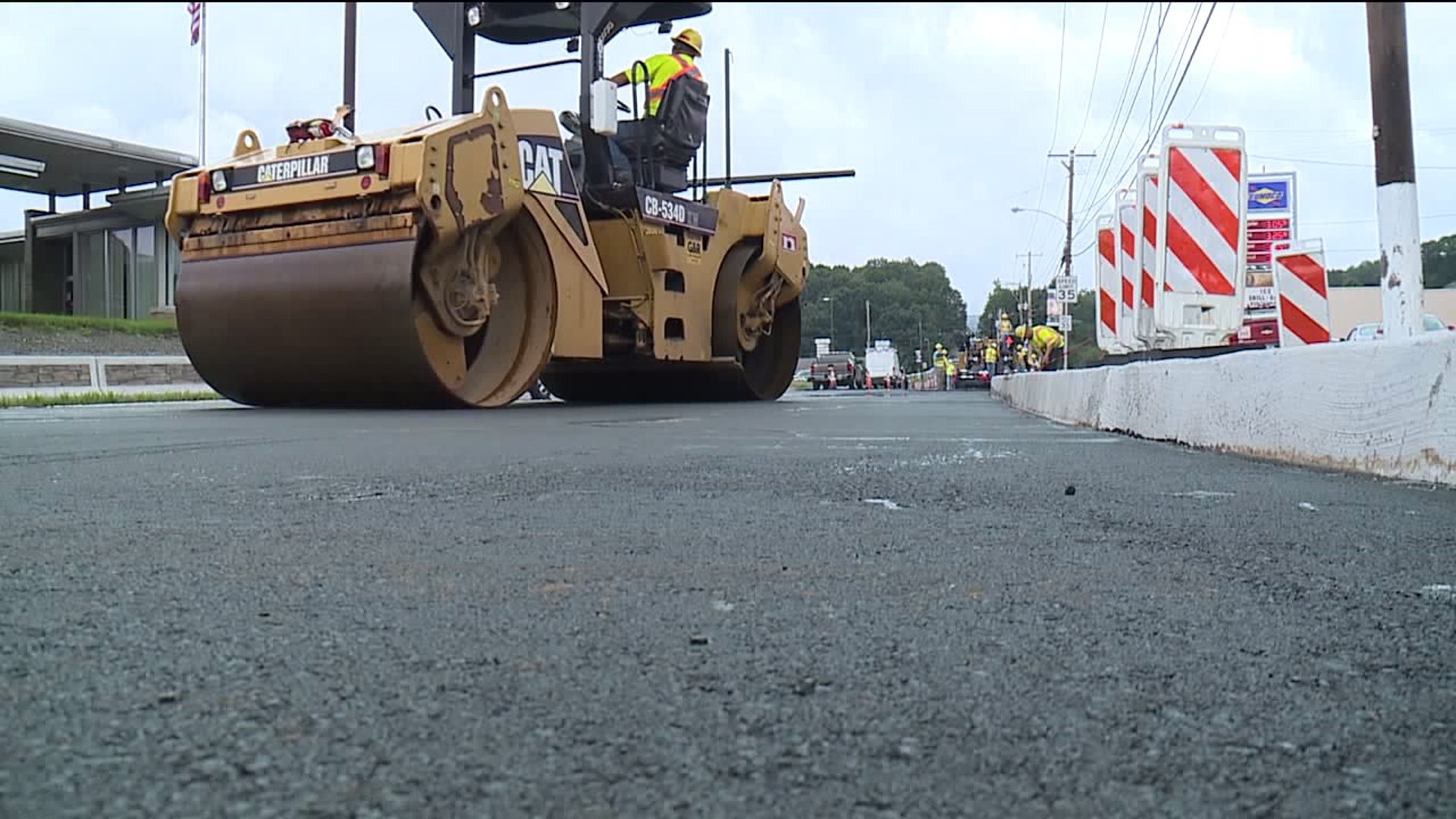 ARCHBALD, Pa. -- Work is almost finished on a road project meant to improve safety in one part of Lackawanna County.

It affects many drivers in Archbald at one of the borough's busiest intersections.

Paving equipment arrived on Kennedy Drive in Archbald this week, signs of an end of a two-year-long project at the intersection of Kennedy and Main Street in Archbald.

Donald Gianneti has had a front-row seat to it all as he stops at Quinn's Cafe for coffee every morning.

"With the rain during the summer we've had, there's fair amount of setbacks and everything, but you have to be resilient and move on," Giannetti said.

The project took several months longer than expected. The past few months have been rough on the owner of Quinn's Cafe.

"More so this year than last year because they're working right in front of us. There's some substantial effects this year. Considering, we're holding our own," said Joe Mott, Quinn's Cafe Express.

The $2.3 million project, which began in early 2017, was meant to improve safety. Before, there was just a simple Y-intersection with an island. Some of the biggest parts of this project included creating crosswalks and traffic lights.

Drivers hope it also cuts down on congestion.

"Well, you won't have to stop so much with lines of traffic. That's the main thing, to get to the store and back in a hurry," said Emma Koons of Archbald.

And Quinn's Cafe will be ready to accept those customers when the project wraps up in a few days.

"Finally! It was nice to see, so I guess in a couple days they should be completely finished and should be nice," Mott added.