SCRANTON — A woman who is seven months pregnant was arrested for dealing heroin in Scranton, but somehow managed to skirt police officers for about 18 hou... 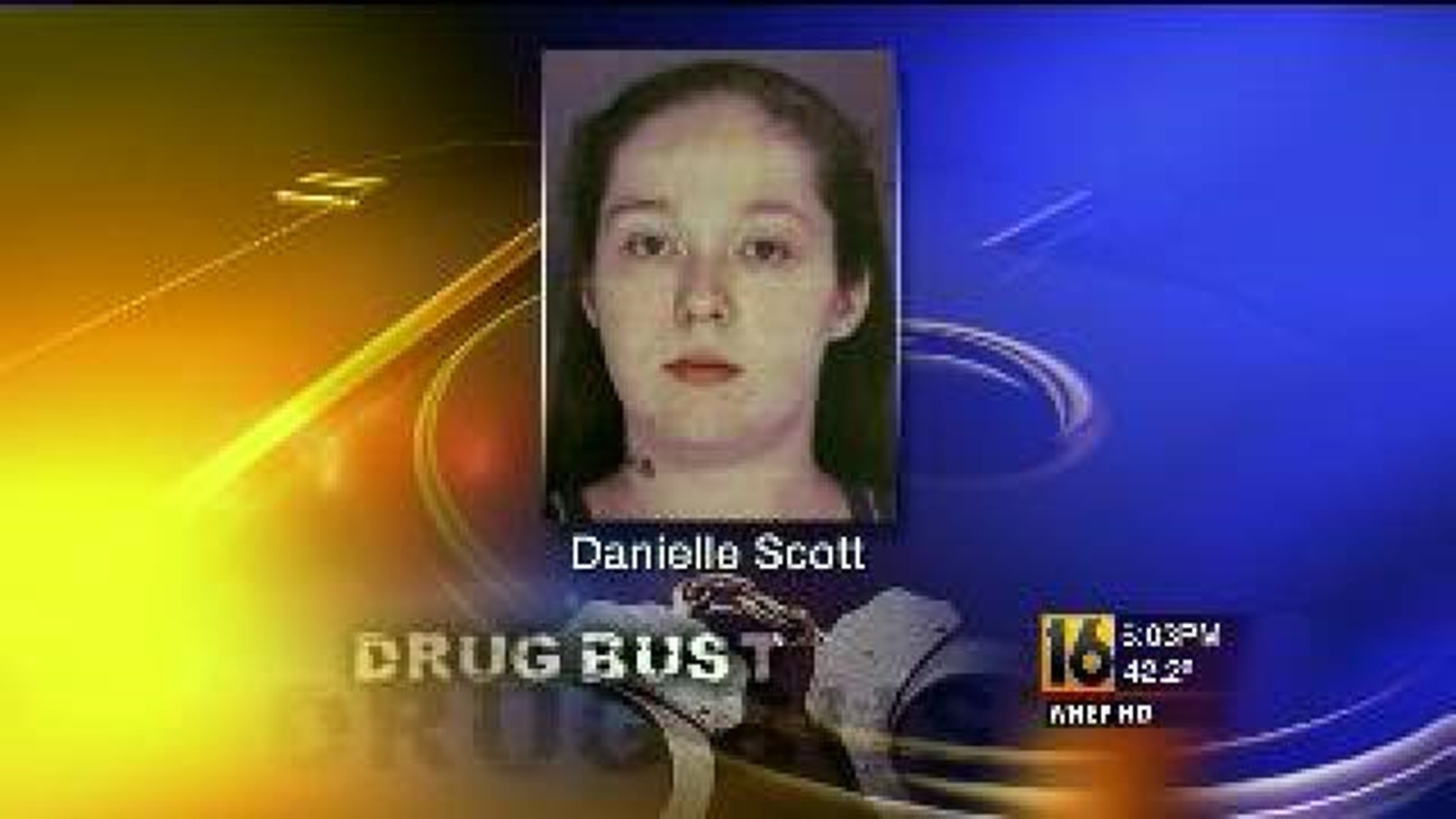 SCRANTON -- A woman who is seven months pregnant was arrested for dealing heroin in Scranton, but somehow managed to skirt police officers for about 18 hours.

The mom-to-be faces not only drug charges, but escape charges too.

The pregnant woman, Danielle Scott, and her two housemates Travis McCloe and Roamell Smith were the center of a drug investigation in Scranton, but it's what happened after their arrest on Thursday that makes the story so interesting. Police said Scott used her pregnancy to her advantage and found a way to sneak out of a hospital maternity ward and past police.

An unmarked Old Forge Police car carried alleged heroin dealer Danielle Scott back to the Lackawanna County Courthouse in Scranton. She had been there about 18 hours earlier, but that's when a drug bust by Lackawanna County Detectives went awry.

Cops raided the house in north Scranton on Thursday. They found a stash of heroin and arrested three people for dealing it.

Travis McCloe, Danielle Scott, and Roamell Smith were all arrested, but asked officers to make a pit stop first.

All three said they needed to see a doctor, so they were taken to Moses Taylor Hospital in Scranton, but only two came out in cuffs.

“They were separated, two males were kept down in the ER, and the female who was seven months pregnant was taken to the maternity. Subsequently, about an hour later, she decided to get up and walk away,” said Chief John Jordan, of Lackawanna County Detectives.

According to court papers, police officers were not allowed to go into the maternity ward with Scott. It's hospital policy, but a hospital security guard waited for her outside. Still, Scott managed to call for a ride and get down to the street without ever being stopped.

“Obviously, we didn't feel she was too much of a threat being seven months pregnant and going to the maternity ward,” said Chief Jordan.

Detectives said she wasn't too hard to find either. They contacted the family member who picked Scott up at Moses Taylor. She helped cops find Scott at a home in Old Forge. She was brought back to the courthouse facing more charges than when she left the first time.

“She only made it harder on herself, now she's charged with escape," said Chief Jordan.

Scott was arraigned on all of her charges on Friday, including the escape charge. She's now in the Lackawanna County prison held on $50,000 dollars bail.