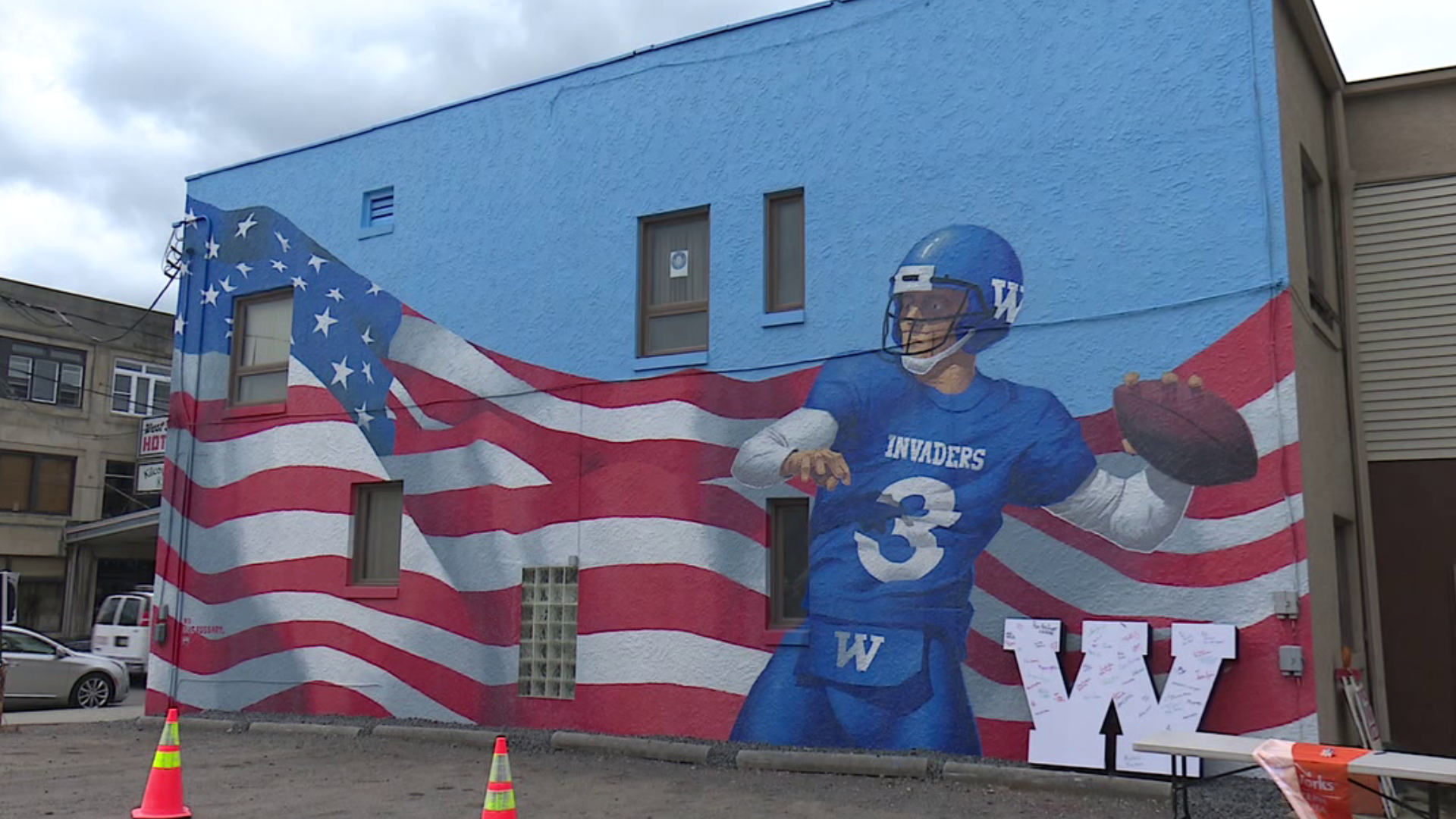 SCRANTON, Pa. — A special dedication ceremony was held Friday for a new mural in Scranton's West Side.

Neighborworks commissioned the mural on the side of Catalano's Market along South Main Avenue.

It's called the "West Side All-American Mural."

It includes an American flag and a west Scranton football player with the number "3".

Former Penn State quarterback Matt McGloin wore that number when he played for the Invaders.

He was in attendance for the dedication.

"Standing here today allows me to look back and think about growing up here in West Side and playing all the sports here in West Side and obviously with the mural, playing football at West Scranton High School. But I think in a way too, when I look at it, it doesn't just represent me, it represents everybody who had the opportunity to play football at West Scranton High School or to play sports in general, so I think it's a great thing," said Mcgloin.

The mural is part of Neighborwork's 10-year plan to improve the community in Scranton.