Ain't no party like a Scranton party: Office fans hail from across U.S.

Newswatch 16's Elizabeth Worthington tells us about an "Office superfan festival" in Lackawanna County this weekend. 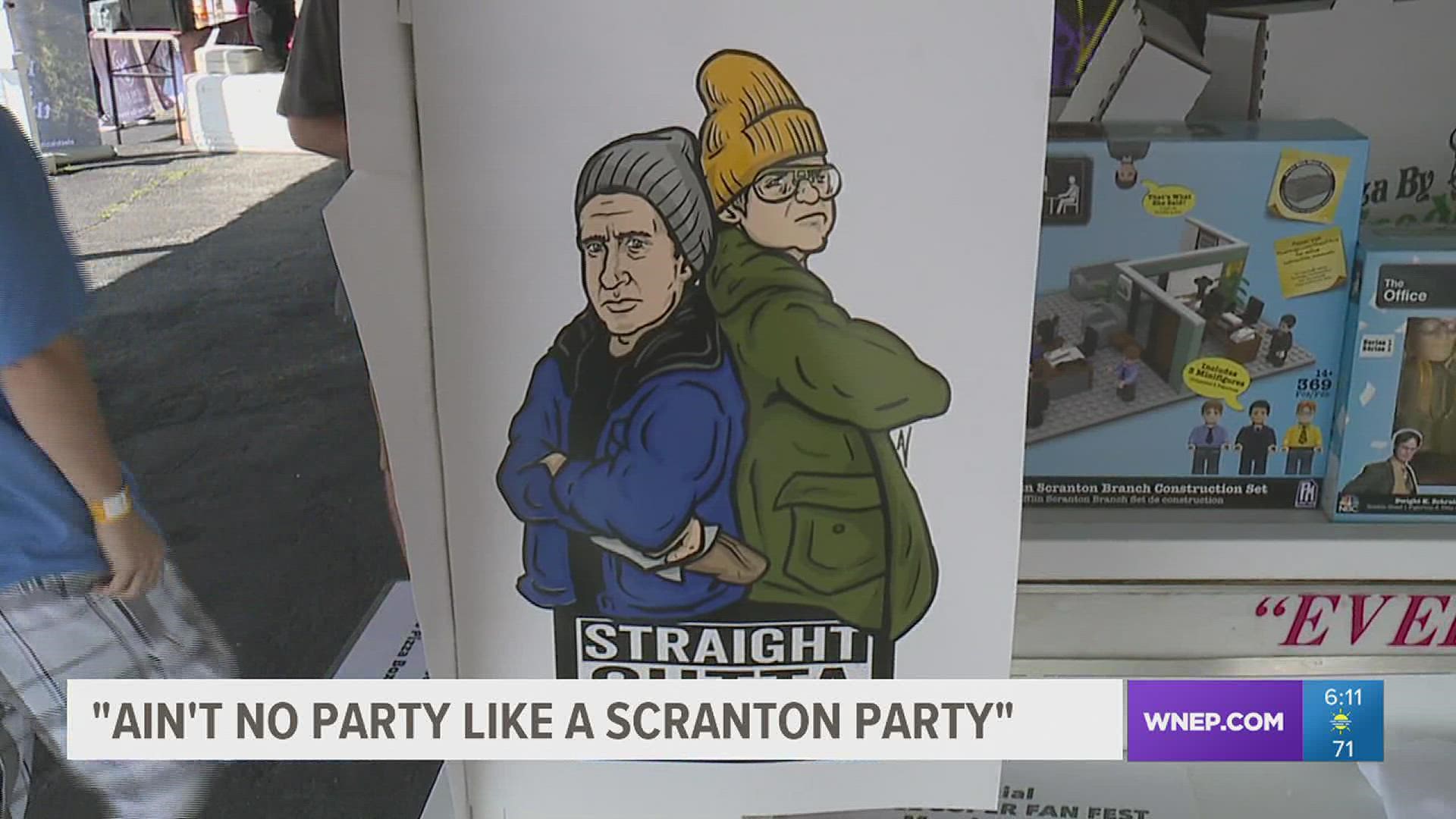 DICKSON CITY, Pa. — Those of us who live here might forget from time to time that people will travel great lengths to pay a visit to the Electric City.

"It was about a 13-hour road trip in a Michael Scott Paper Company van," said Adam Vincent, the festival organizer.

"We actually flew into Baltimore, Maryland, and then we drove from there," said Stephanie Wood from Mississippi.

Fans of "The Office" came from all over the country to attend a three-day festival at the Circle Drive-In Theater.

That's because for Office superfans, simply just being in the city where Michael Scott and Dwight Schrute sold paper is enough to make the trip worth it.

"We woke up this morning and went and had breakfast and took cheesy pictures like, 'we're having breakfast in Scranton!' like total nerds. But it was awesome," said Wood.

It's even that way for the actors in the show.

Jackie Debatin was only in 3 episodes, but if you really know The Office like these fans do, you know who she is.

The actress believes that says a lot about the show's fanbase.

"That they're amazing, and dedicated, and loyal, and they love the show so much, especially since we shot this so long ago."

Debatin was joined today by the actors who played Hidetoshi Hagasawa and Troy Underbridge. Leslie David Baker, who played Stanley Hudson, will be at the drive-in on Saturday to meet fans and answer questions.