SCRANTON, Pa. — Downtown Scranton has been busier than usual with tractor-trailers, trucks, and tents filled with production workers and gear for making a... 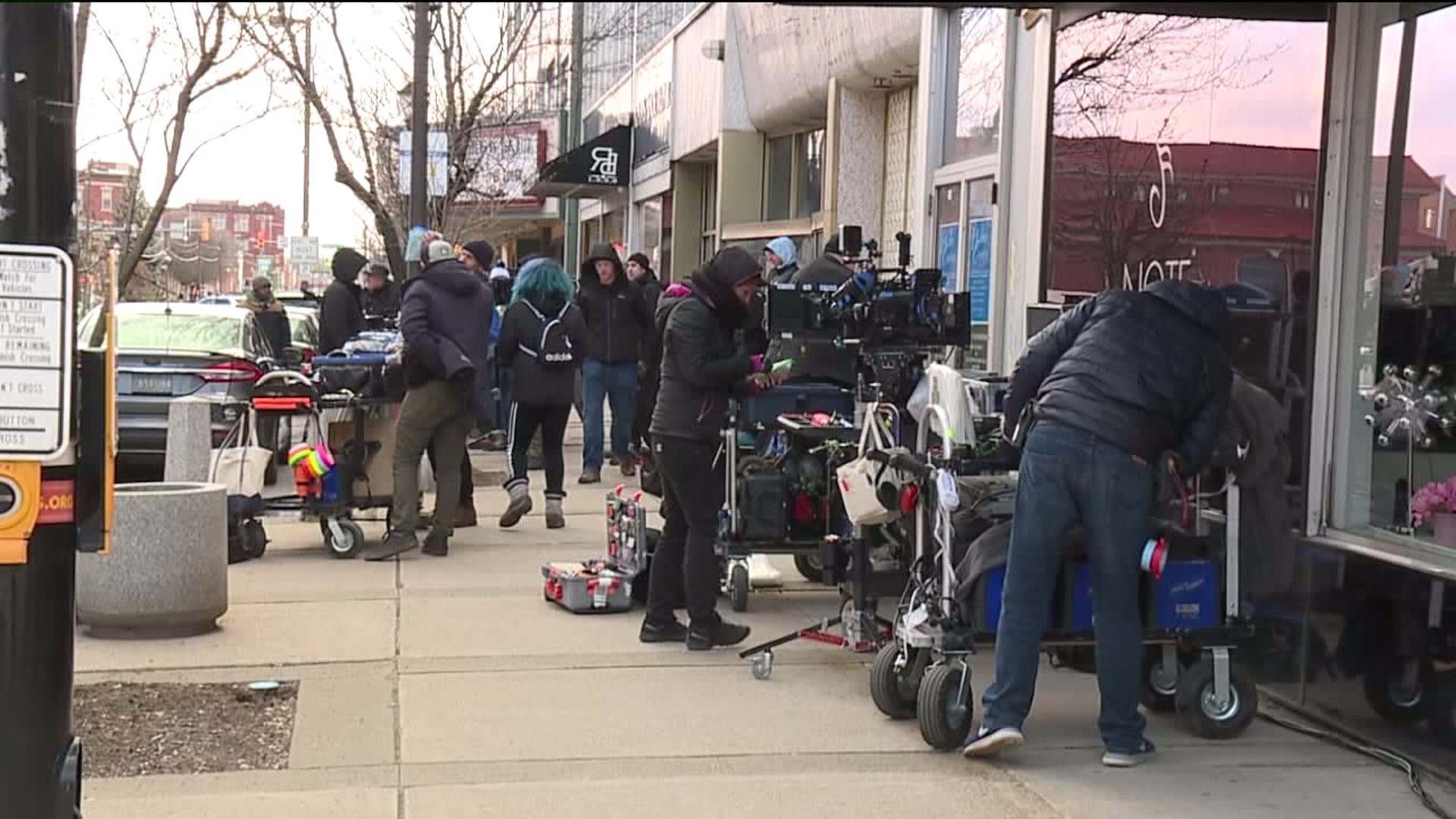 SCRANTON, Pa. -- Downtown Scranton has been busier than usual with tractor-trailers, trucks, and tents filled with production workers and gear for making a movie.

A crew is in the city filming scenes for "The Virtuoso," starring Anson Mount, Abbie Cornish, and Anthony Hopkins.

"I think it's really great. I mean 'The Office' put Scranton on the map, but this is really going to do with a huge mega-star like Anthony Hopkins," said Vince Morabito of Scranton.

No parking signs were attached to meters, and city police closed off part of Wyoming Avenue for the film crew, too, for a dramatic crash and explosion scene.

This is not the first time films have been shot here in the Electric City. Others include "Blue Valentine, "The Trouble with Cali," and "That Championship Season."

"If you pay attention to television and movies, Scranton is mentioned many times in a variety of entertainment. Now, I was here when they did 'That Championship Season.' That was the first big movie that was done around here," said Eileen Evans of Scranton.

Along with excitement, the movie-making is brewing up some extra business in the city like at Northern Light Espresso Bar and Cafe.

"We had a very, very busy weekend, so we did see a lot of new faces. There was a gentleman here this morning as well who was part of the crew, and they seem very excited to be here, so it really was good for business," said owner Jennifer Saunders.

"This one sounds like a real action thriller, looking forward to it," said Morabito. 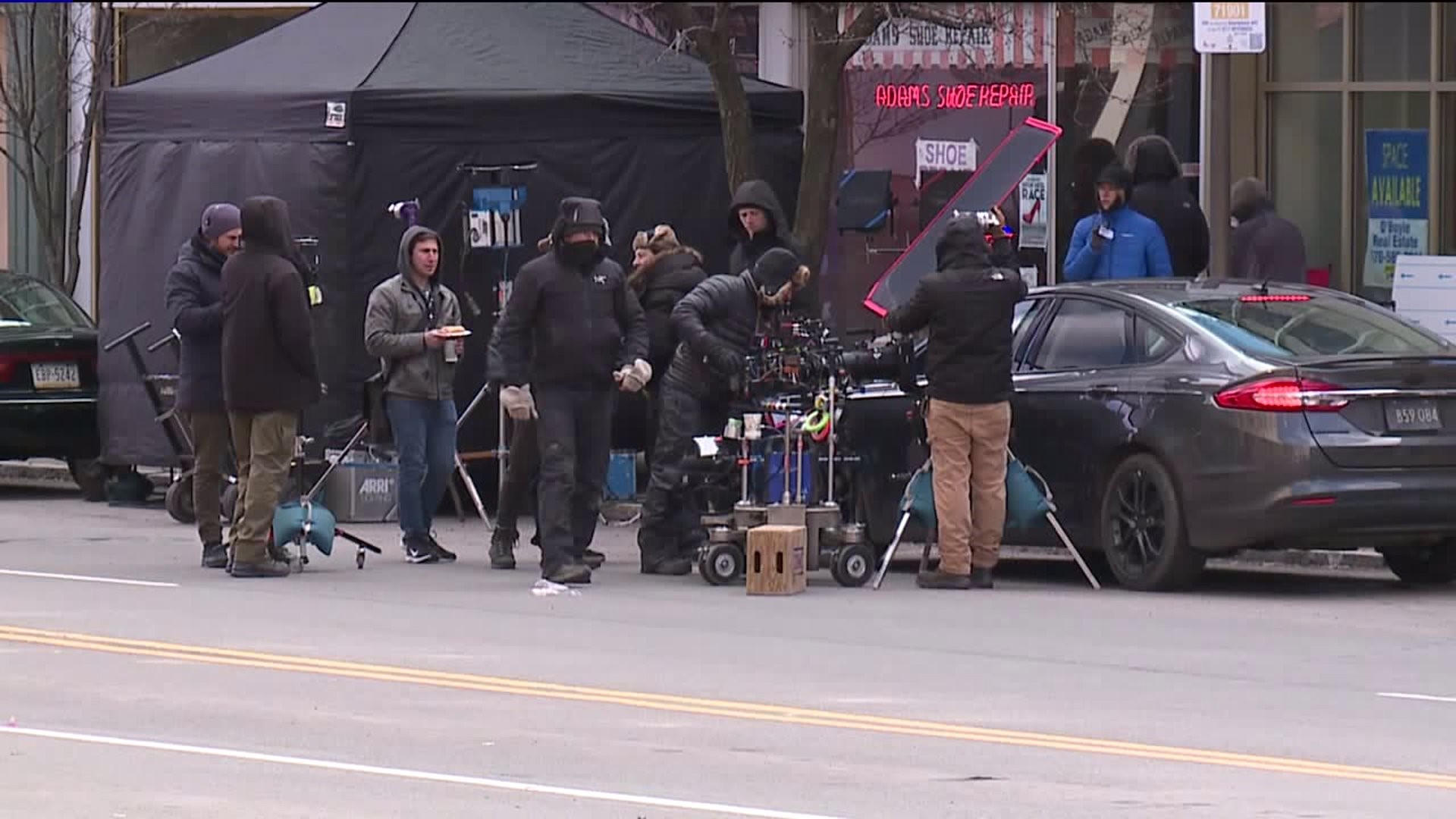 Perhaps the most excited person is Branda Angel's husband.

"He texted me this morning. He was like, 'Are you there? Can you see it?' And I'm like, 'I can.' I sent him a picture right out the window and I was like, 'I can see everything.' He said, 'If you see Anthony Hopkins, take a picture for me,'" Angel said.

Newswatch 16 didn't see Anthony Hopkins or any of the other stars of the movie "The Virtuoso," but there are reports that Anson Mount is in town.

However, we did find folks who live and work nearby stopping by to take photos and videos of the movie set.

"I thought it was awesome," Lisa Wilkinson said. "It's not often this happens in Scranton. It's exciting."

"It's pretty exciting," Karen Badyrka added. "You don't see this happening every day. We happen to work in the Globe Store building, having this happen right where we work is pretty cool."

Folks who came out to see the action say when the movie actually comes out, they're more likely to go see it.

"Oh, definitely, I love seeing scenes from Scranton in movies. I was just watching a movie last night that was filmed in Scranton, 'Blue Valentine,'" said Wilkinson.

"I'll be curious. I might go see it. If it's in the local theaters, sure," Badyrka said.

According to the film's IMDB page, the movie is a thriller, and the scene happening here on Wyoming Avenue is a car collision and explosion. although when that would actually happen was unclear throughout the day.

"Hopefully, catch the actual scene. I'm not sure if we will, but just to see what's going on is pretty neat," Badyrka added.

Shooting is expected to wrap up in Scranton Tuesday or Wednesday.