CLARKS SUMMIT, Pa. — After a year and a half of negotiations, the Abington Heights teachers union now has a contract agreement with the district. The scho... 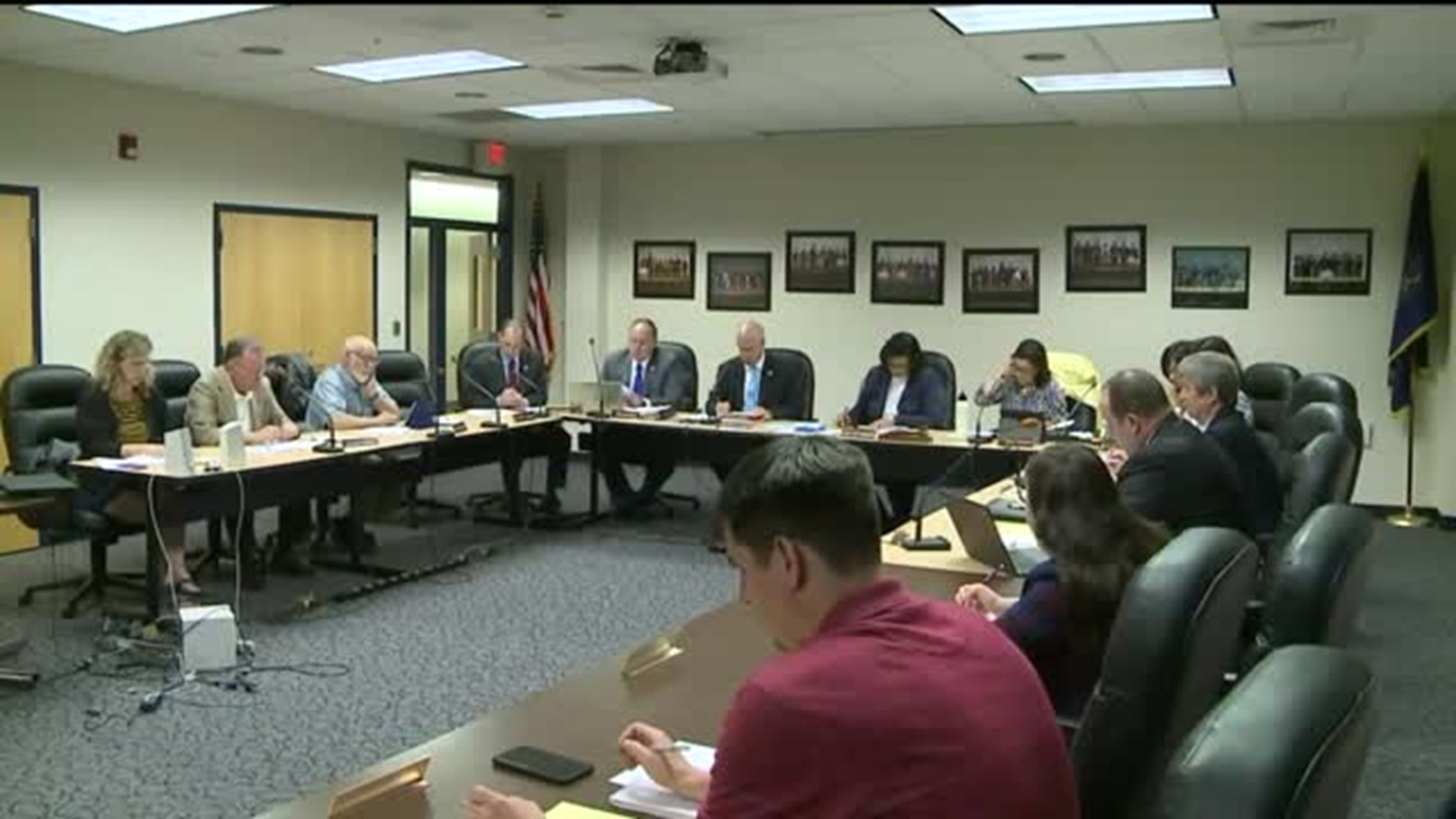 CLARKS SUMMIT, Pa. -- After a year and a half of negotiations, the Abington Heights teachers union now has a contract agreement with the district.

The school board approved that contract Wednesday night.

The board met at the administration building in Clarks Summit and voted 6-2 to OK a five-year teachers contract.

The vote ends a year and a half battle with the teachers union.

As for a teachers strike the union planned for the fall, that is now called off.

"We were able to find common ground with the board over the last couple days. They were able to get a premium share which was important to them, and we were able to get enough salary increase to move our teachers forward and remain competitive," said Tim Moher, Abington Heights Education Association.

Now, the Abington Heights Education Association has a five-year contract that's retroactive to September 2017 and runs through August 2022.

The board and the union came to an agreement on the issues that were being sparred over: salary increases and contribution to health care.

"We're elated because this is something for our community. For five years, our students won't have to worry about the threat of strikes," said board president Cathy Hardaway.

During contract negotiations, teachers went on strike at the start of this past school year and continued threatening to strike. They had planned to strike once again in September.

Now that there is a contract in place, the teachers union says that upcoming strike is now canceled.

"I'm glad that they've reached a contract and that everybody can agree, and I'm glad that we can go back to a normal school year next year," said Noelle Prisco, sophomore.

The board also approved a roughly $48 million budget for the upcoming school year. It calls for a property tax hike where the average homeowner will pay an extra $35 a year.

"Though this is a tax increase this year, we are not hoping to have to raise taxes every year to afford this contract," Hardaway added.

With a teachers strike at the beginning of the school year and some snow days, the school year was forced to run nearly to the end of the month. The last day of school was Tuesday.