DICKSON CITY — A grocery store chain plans to develop a piece of property that was abandoned 20 years ago. Dickson City’s first Walmart has been emp... 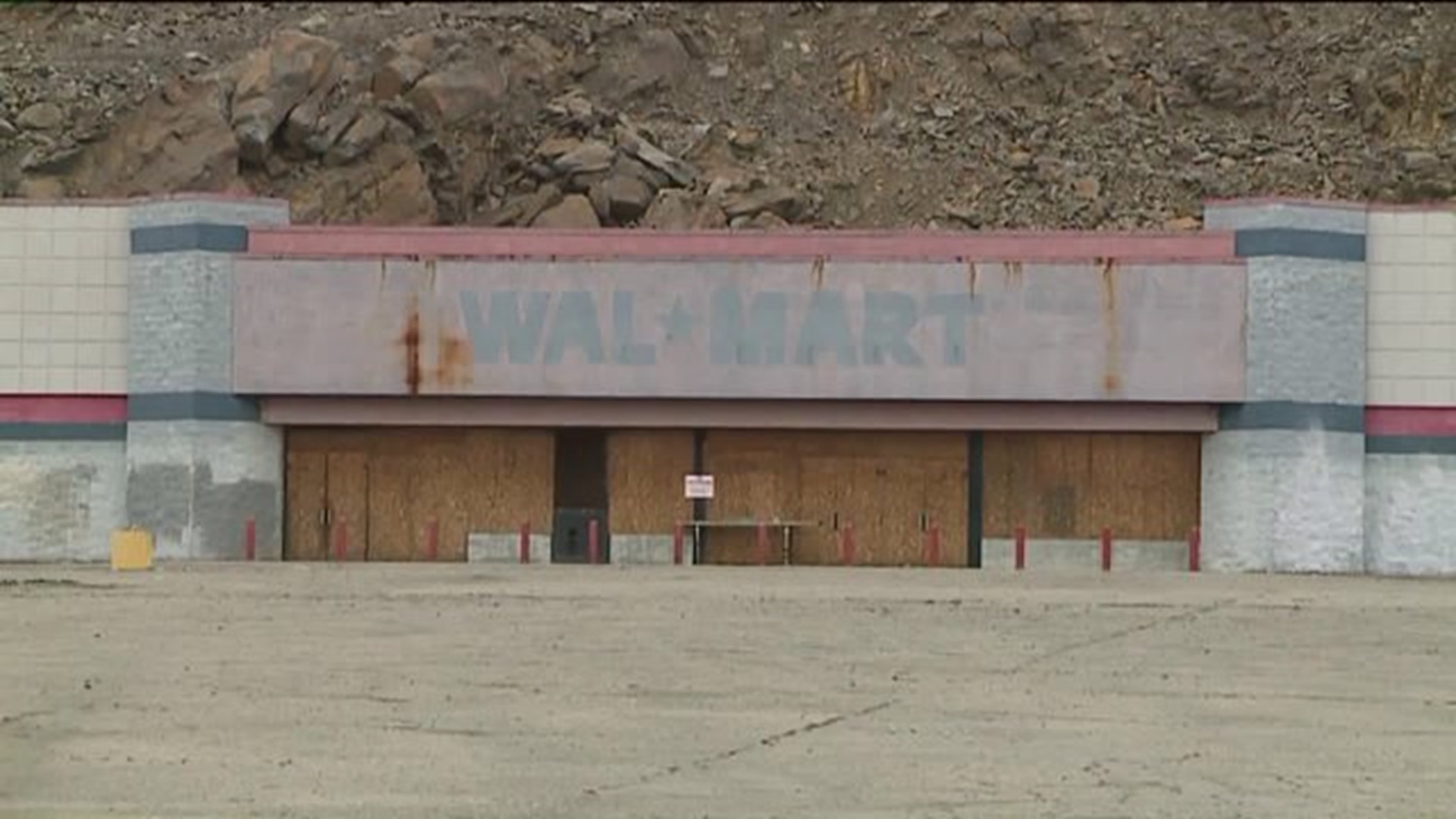 DICKSON CITY -- A grocery store chain plans to develop a piece of property that was abandoned 20 years ago. Dickson City's first Walmart has been empty and decaying since 1996. Its neighbor – Wegmans -- has purchased it and made plans to tear down the old Walmart.

Few places are busier than Wegmans in Dickson City. In the late morning, the parking lot is full. But to get there, shoppers pass by a big-box store ghost town of sorts.

The borough's first ever Walmart has sat empty for 20 years after boulders fell from the adjacent mountain and threatened the building's safety.

But now, there are signs of movement at the old Walmart. Preparations are underway for a $2.5 million sale to Wegmans.

"I have thought, 'What will they do with that empty building, that many years?' It's too bad. It's a nice building, but there will probably be something better there now," said John Kostiak of Carbondale.

Wegmans officials aren't saying much about their plans for the property other than the first order of business is to tear the building down.

"I think it's a very good idea that it comes down," said Dorothy Russell of Browndale. "It's an eyesore. We could use something really useful in the area."

"I'm thrilled," said Pat Wasley of Archbald. "It's been empty such a long time. But to tear it down, it's a beautiful building, it's a shame. But what are you going to do? They must have some type of plan."

Wegmans officials say there isn't a long-term plan except the possibility of attracting other businesses that would complement that grocery super store.

"I don't know what they would put in there, but whatever they put in there will do more business than an empty building," said Frank Verbrugge of Greenfield Township.