MOOSIC — For most young boys, it usually doesn’t get any better than going to a baseball game and getting to throw the first pitch and brushing off ... 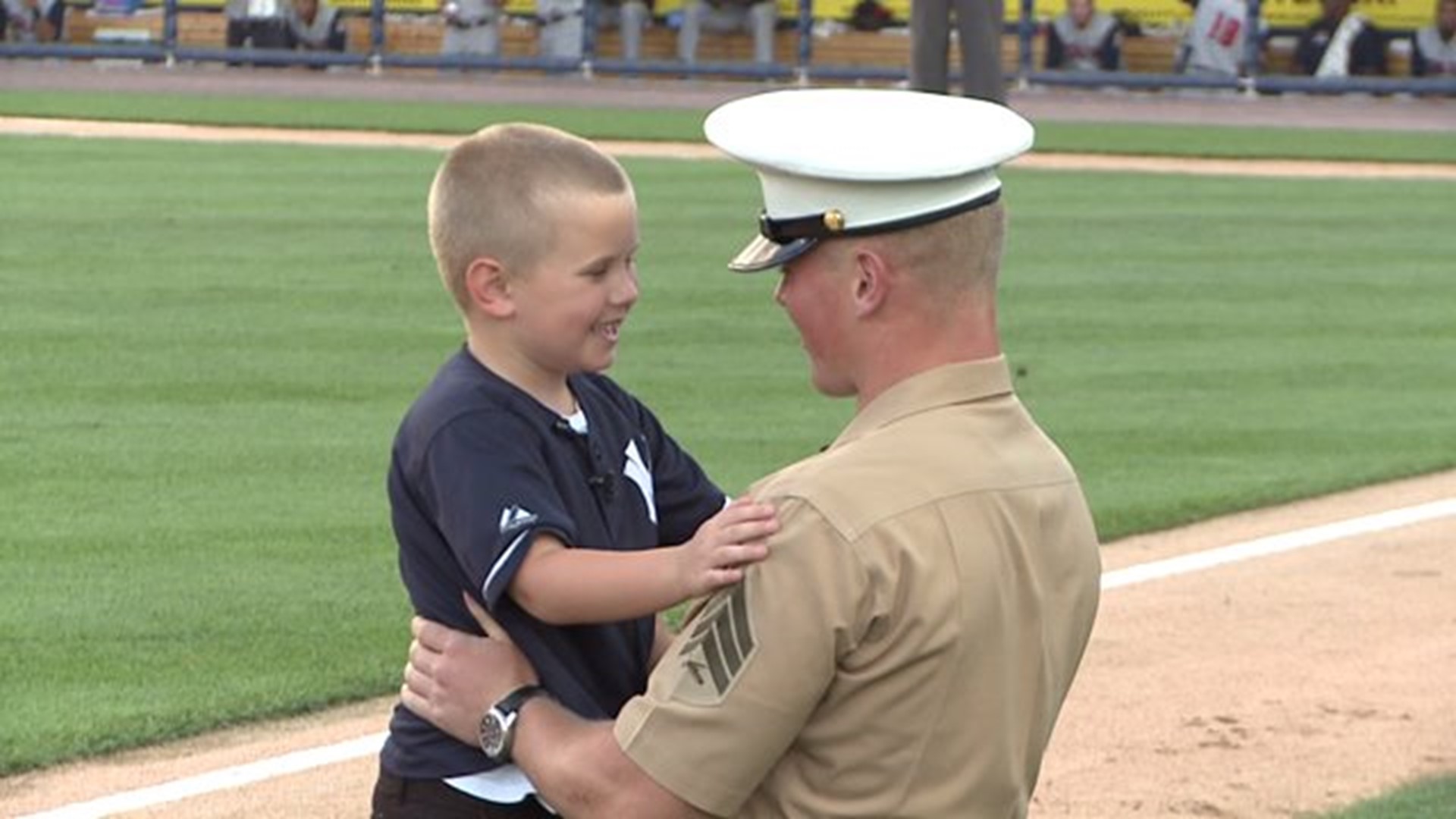 MOOSIC -- For most young boys, it usually doesn't get any better than going to a baseball game and getting to throw the first pitch and brushing off the bases. But a 6-year-old boy from Scranton got to do all that plus one more thing, leading to a moment that had everyone at PNC Field in Lackawanna County on their feet.

Hanging out at the ballpark is the ideal day for many kids, including 6-year-old Devin Maconeghy Jr. of Scranton, who knew he was in for a special day, he just didn't know how special.

Devin was ready not only to sweep the bases, but also to throw out the first pitch.

What he didn't know though was he would also be seeing his father for the first time in nearly three years.

Sgt. Maconeghy just got back from serving in the Marine Corps. The long-awaited reunion wouldn't happen until after the first inning, so he watched his son from afar, getting to see him throw that first pitch, run around the bases, and brush them off.

And then he finally got to hold his son.

Devin's mother had been planning this moment for a month.

And it was one that thousands in the crowd stood up to applaud.

"It was hard to keep my composure. I just wanted to get to him," Sgt. Devin Maconeghy said.

"Amazing, it feels great. I'm glad to have him home and I am super excited for it," said Crystal Gillette, Devin's mom.