A Witness To Tragedy

This Friday the nation will remember the day the president lost his life after being shot while in a motorcade passing through Dallas with the 50th anniversary ... 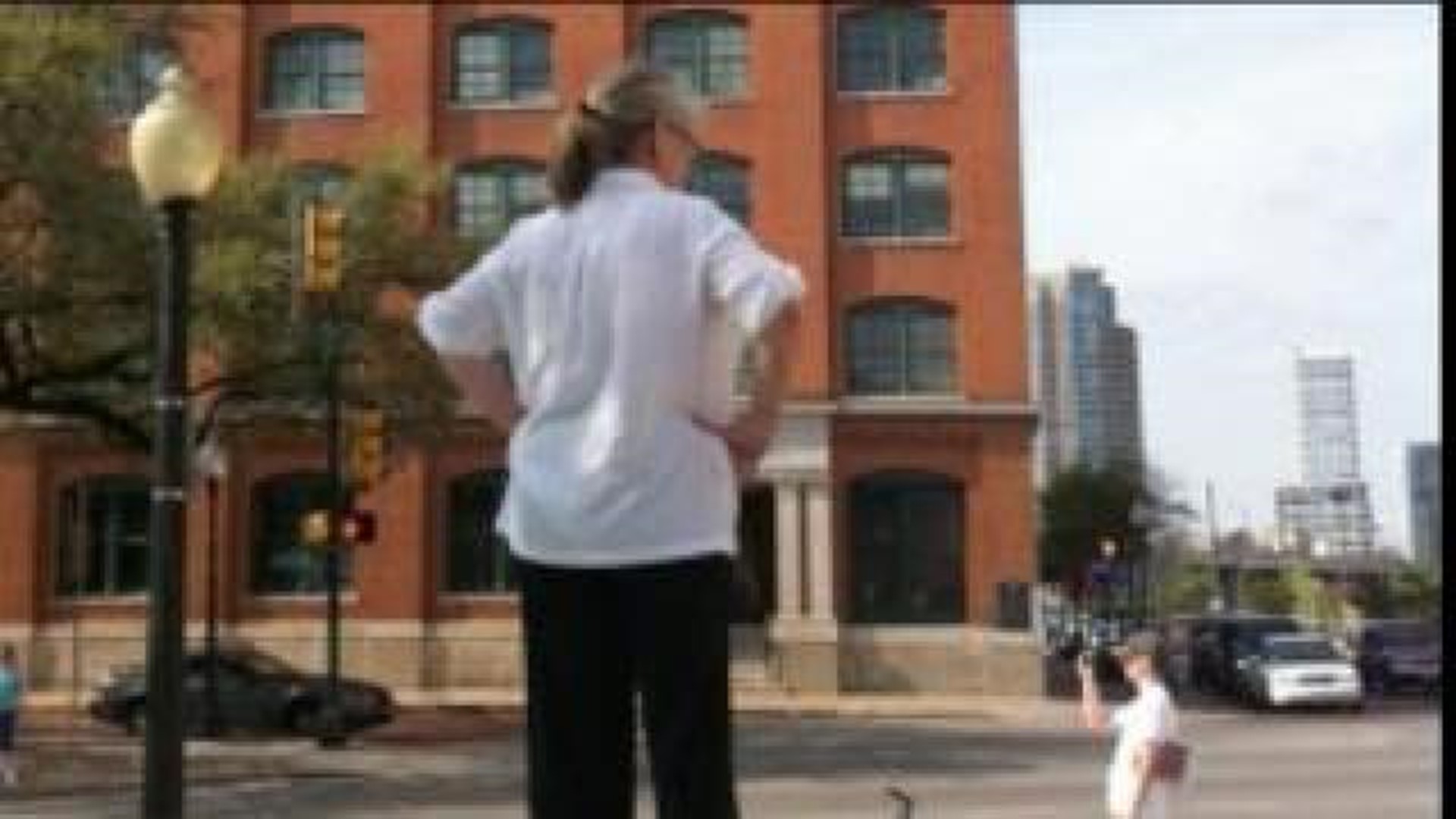 This Friday the nation will remember the day the president lost his life after being shot while in a motorcade passing through Dallas with the 50th anniversary of the assassination President John F. Kennedy.

One of those people who witnessed the horrific killing in person is a woman who lives right here in Scranton.

“Jackie was in front of him working on his collar, trying to figure out, and he had his arms up.”

University of Scranton Professor Doctor Toni Glover recalled that fateful day in Dallas on November 22nd, 1963 as she watched Jackie Kennedy trying to help her husband moments after he was hit for the first time.

An excited 11-year old Glover was standing on a stone pedestal in Dealey Plaza giving her a good vantage point of President John F. Kennedy`s motorcade.

“I was five feet higher than anyone else, sticking out, screaming,” said Glover. “And determined to watch that car every second I could possibly could.”

A picture of Glover was taken of her standing on that pedestal just last year.

Directly across from her is the book depository where the Warren Commission said Lee Harvey Olswald fired those deadly shots.

“She leans over in front of him, completely in front of him, and is working on his collar and then the shot that, his head exploded, it just exploded,” said Glover.  “And then the most sophisticated woman in the world jumps out of the backseat in a skirt and is sliding on the back of the limo that is covered in tissue.”

Glover was wearing this blue coat on that day and became known as “the girl in blue” in photographs.

She is now writing a book titled “Being there, the girl in blue”.

It’s about her suffering from depression after witnessing that tragedy.

“Even social psychologists say the city of Dallas suffered so much for 10 years that heart attacks, strokes, suicides just skyrocketed,” said Glover.

Glover hopes to have that book published sometime next year.