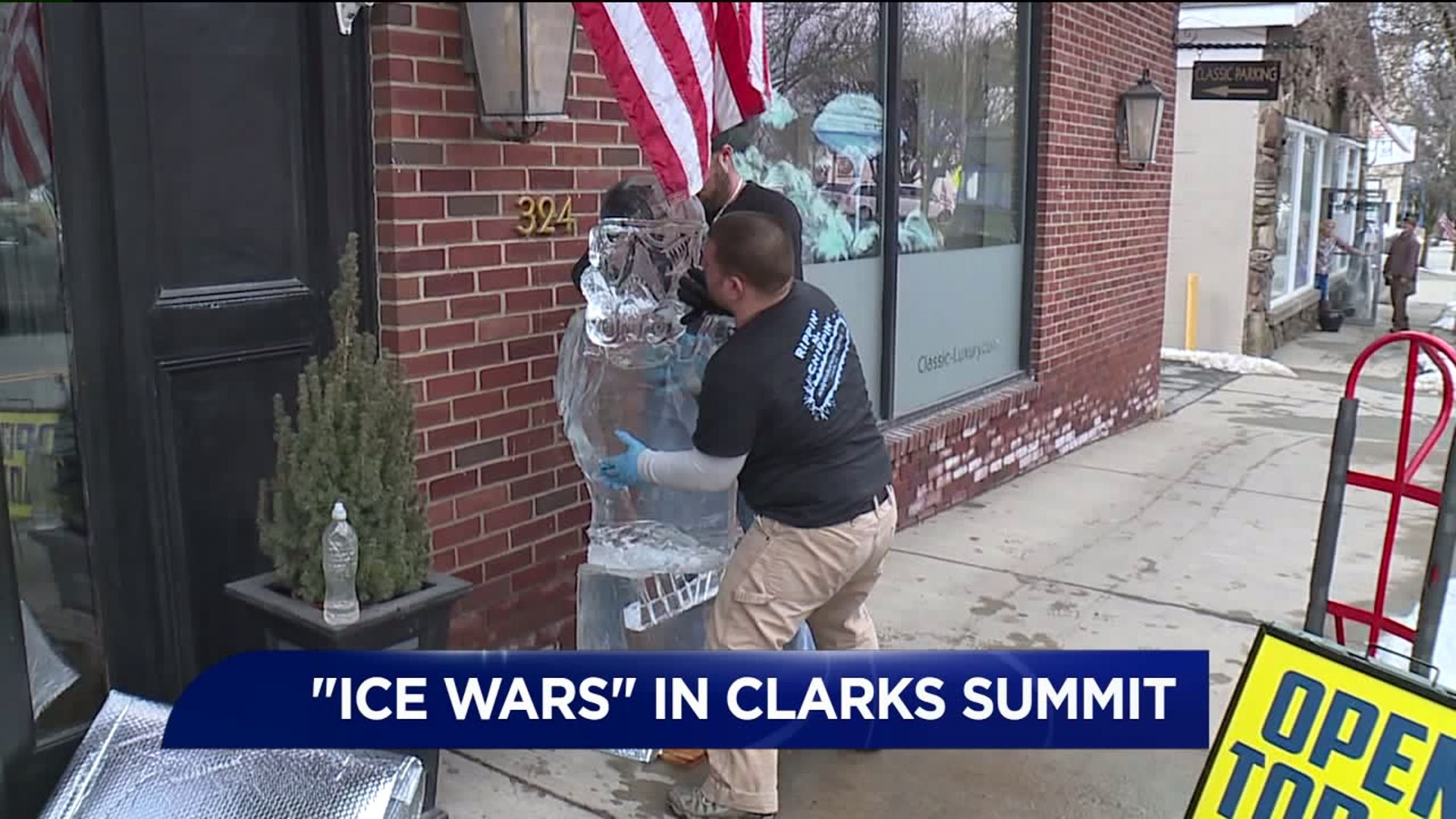 It's all for the 15th annual Clarks Summit Ice Festival this weekend.

"Star Wars! Everybody loves star wars! You know, it was a long winter, we had to get out of the house, and it`s a beautiful day," said Mary Kovaleski of Richmondale.

Kovaleski and her family were among the first to take in Clarks Summit's "Ice Wars". This year's festival is an homage to the Star Wars film franchise.

"We have some really cool pieces, we have a lot of dueling characters, lots of lightsabers and things like that on the sculptures, so it's a really neat theme," said Kristen Johnson, business manager for Sculpted Ice Works.

Temperatures are expected to be above freezing throughout most of the weekend for the second year in a row. But this year, Sculpted Ice Works came up with a plan to keep the sculptures from melting early on.

"We actually created these wonderful insulated bags that we're going to be putting over the ice sculptures to preserve them and keep their freezing temperatures inside so then by tonight we can take the bags off and they`ll be nice and fresh for the weekend," Johnson added.

There are more than 50 ice sculptures to see at businesses all over the borough, along with murals and activities to fit the Star Wars theme.

"It feels like the town has a heartbeat, there`s people out and about doing things, it`s just super fun all weekend long from Friday night on," said Diana Lombardi, owner of Abington Arts Studio.

Even if the characters start to melt, it means they're making way for spring.