OLYPHANT, Pa. — By the end of the month, one of Lackawanna County’s biggest employers for years will close its doors for good. Former employees of S... 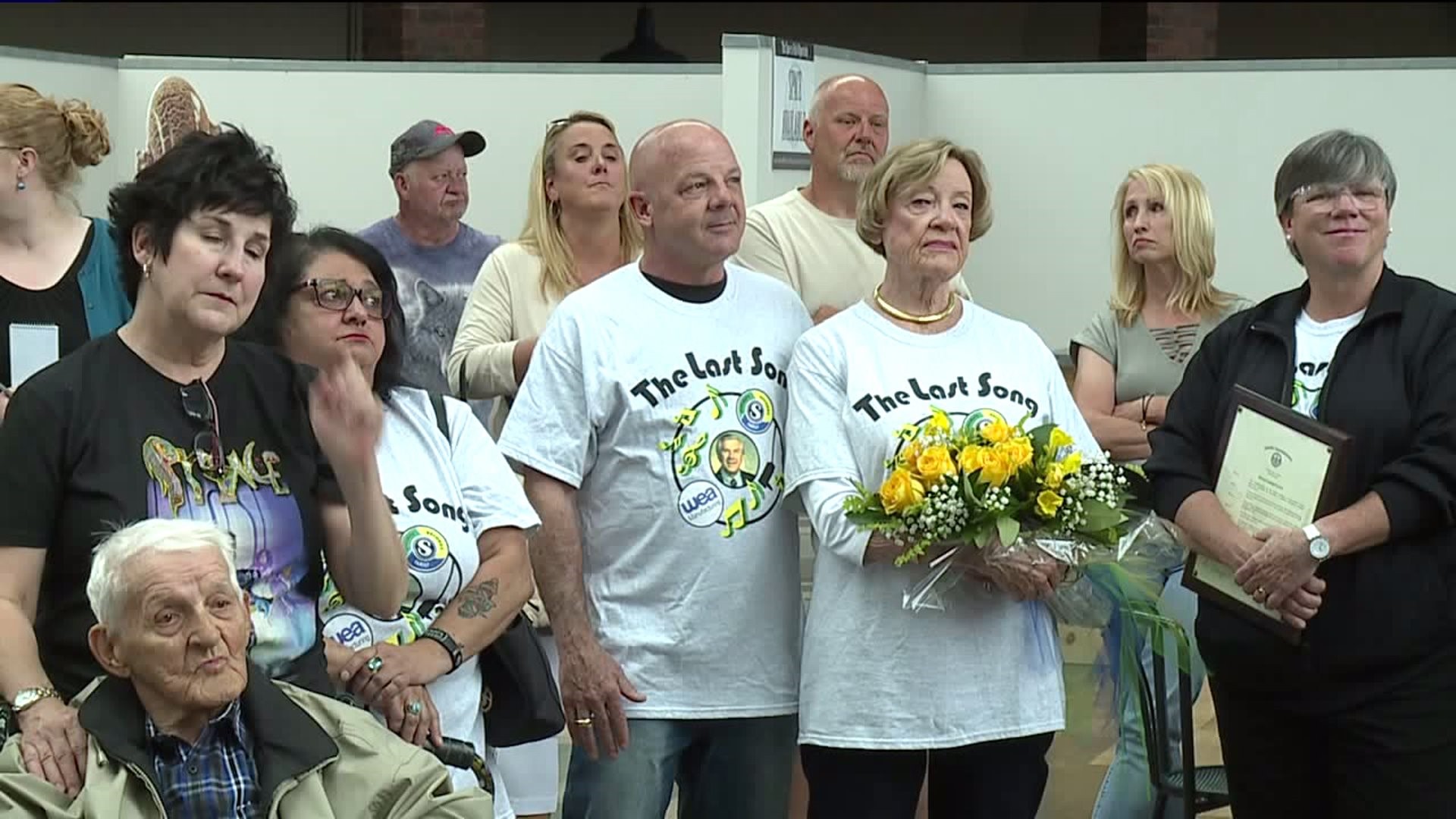 OLYPHANT, Pa. -- By the end of the month, one of Lackawanna County's biggest employers for years will close its doors for good.

Former employees of Specialty Records and WEA Manufacturing want to make sure the company won't soon be forgotten.

People who used to work there got together for a reunion on Saturday to celebrate the impact the company had on the world and their lives.

The plant in Olyphant that was home to the record and CD manufacturer will close in July after decades in operation.

Employees call the closing of the plant the end of an era for the music industry worldwide.

"Keep in mind we had patents that we did at the plant. We did the first CD was Phil Collins 'No Jacket Required' in 1984. We changed the world in Lackawanna County. We want Lackawanna County to know it, and we're not going to let the lights just shut off and let the plant close," said Doug Long, a 36-year employee.

The plant in Olyphant, which has also gone by the names Cinram and now Technicolor, employed a few thousand people in its heyday. 94-year-old Stanley Jasinski remembers his interview with boss Richard Marquardt in the early 1960s.

"I got through, and the guy said, 'When do you want to start?' Because I had a lot of experience, you know? I said, 'Well when? Now? Or tomorrow?' And he said, 'How about tomorrow?" Jasinski recalled.

Former employees tell Newswatch 16 marking the end of the company with a celebration and reunion is what their boss would have wanted.

"It is in Marquardt fashion. He would be thrilled to see this, I think," said Debbie Kosydar of Dickson City.

A picnic near the plant in Olyphant allowed employees to reconnect and remember the good old days making music together.

"I think it's an end to the company, but it's definitely not an end to our friendship," said Debbie Engle of Peckville.

Employees hope this will be the start of a reunion tradition to stay connected with their Specialty family for years to come.

There are just a handful of employees still on the job at Technicolor before the plant closes for good.