A rainbow after every storm: T-shirt fundraiser to cover flood damage in Lackawanna County

It's been one month since a storm caused extensive property damage to several homes in Dickson City. 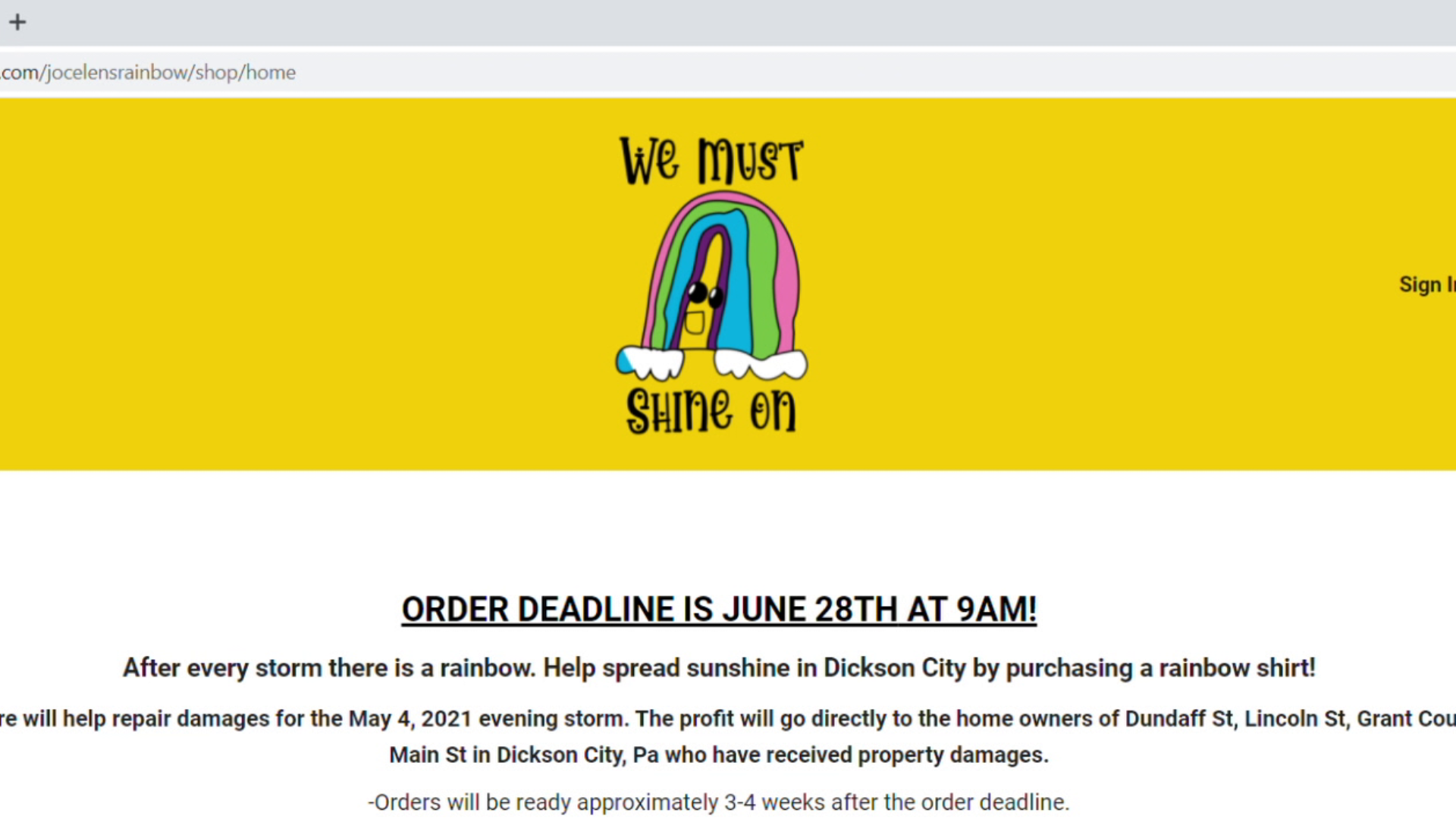 DICKSON CITY, Pa. — These are the two drawings that are helping neighbors in Dickson City get back on their feet.

They were drawn by the children of Devon Demkovich-O'Donnell, who lost everything in the basement of their house a month ago when their street flooded.

"I want my kids not to be afraid of the rain or think about what they lost. I want my kids to remember that they helped people through this. I want that to be the memory," said Demkovich-O'Donnell.

Her 7-year-old daughter drew a rainbow, and her 8-year-old son drew the tricycle he rides around his neighborhood with the phrase 'road to healing' below it.

We Talk Shirty, a local custom design apparel shop, turned those pictures into t-shirts - which Demkovich-O'Donnell is selling to help cover the costs of damage done to her home and 30 others in her community.

"After any storm, there is always a rainbow. And we gotta pick ourselves up and try to rebuild. And I want to do this in a positive, cheerful way," she said.

That's because this time a month ago was anything but cheerful for people who live near Dundaff Street.

Demkovich-O'Donnell and her family are already $6,000 in the hole, but if she was going to raise money, she wanted to make sure her efforts helped others.

"They're overwhelmed with all the financial responsibilities. A lot of them lost washers, dryers, furnaces; there is a neighbor who doesn't even have a washer and dryer yet. The other neighbors are helping dry and wash their clothes."

Demkovich-O'Donnell hopes these rainbow t-shirts help spread a little sunshine in her neighborhood. The deadline to order one is at the end of the month. You can order one here.