A colorful tribute to a music icon is going up in Scranton. 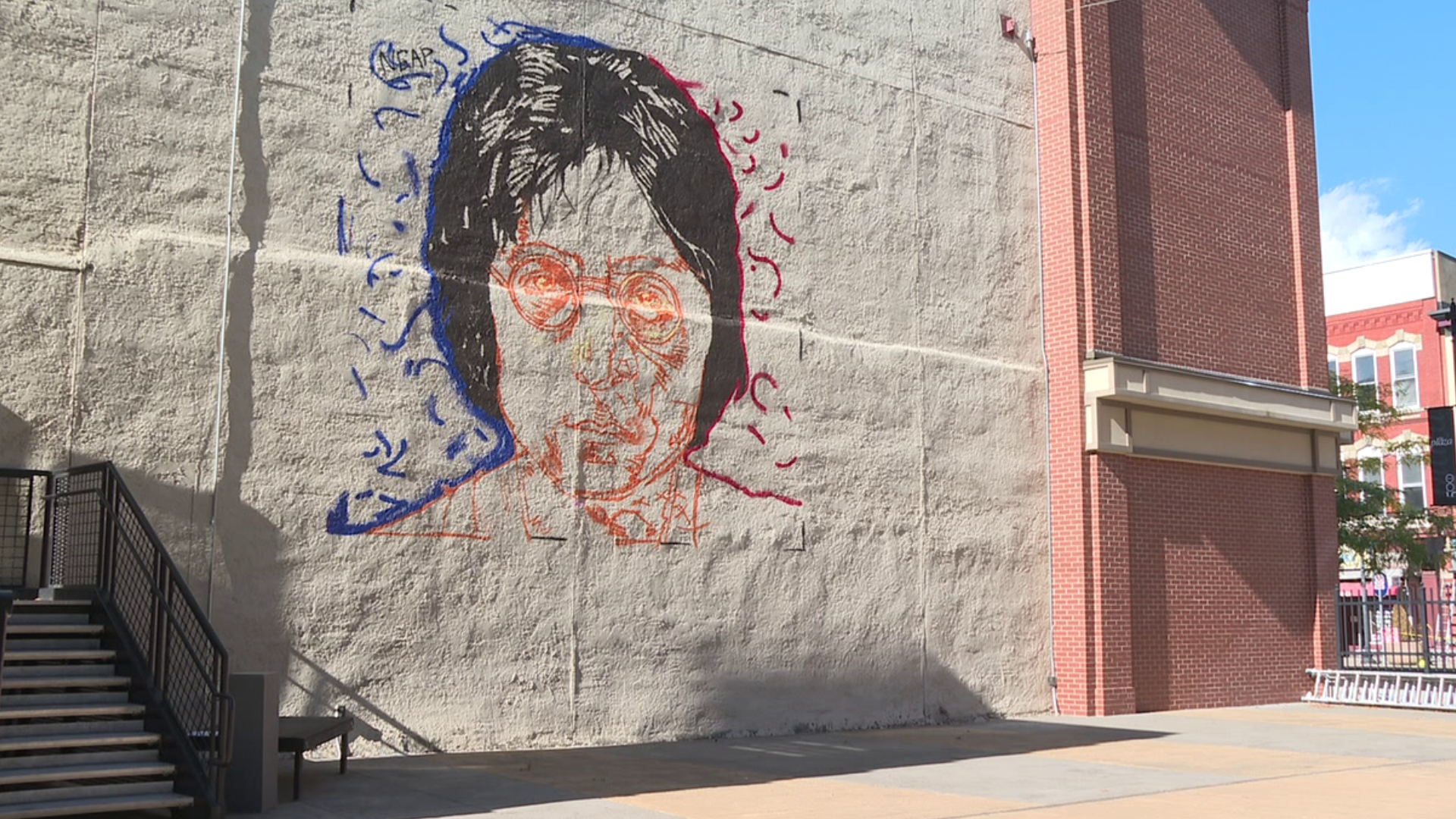 SCRANTON, Pa. — What was once an empty wall off Lackawanna Avenue in downtown Scranton is now a canvas for a mural of music legend John Lennon.

"Ever since I was young, I've always enjoyed the Beatles, and John Lennon was my favorite Beatle, and it was 40 years ago, almost 40 years ago that he was tragically killed outside the Dakota in New York City," said Frank Dubas, the Lennon Tribute organizer.

Frank Dubas took his love for John Lennon and decided to have a mural painted on the side of one of his buildings. He invited art students, staff, and faculty from Marywood University to come up with original portraits of the rock and roll legend to be used as input for the mural.

Two students were chosen and granted a $500 scholarship.

Freshman Krista Perdomo's rendition of Lennon's face will be the focal point of the mural.

"I just feel absolutely excited. I also know one thing about Lennon is that when he said something, It always made people think, and I think the same applies to artwork," said Perdomo.

Although Lennon has been dead for nearly 40 years, those involved in the project believe his message is coming at an important time for Scranton.

"If you could summarize John Lennon in one word 'imagine,' and he used that word and he challenged the world to imagine, and even if we look at even our local Scranton here, you could look around here and what can be accomplished here," said Dubas.

"All John Lennon wanted to do was bring peace to the community or peace to the world, and this is a very poignant mural at this time where peace needs to happen again," said Ryan Hnat, the mural artist.

The mural is being painted by artists Ryan Hnat and Eric Bussart.

The tribute is scheduled to be completed by this weekend and will be up until at least December 8, the 40th anniversary of  Lennon's death.

The mural is located on the Eastside of 815 Lackawanna Avenue in Scranton facing the Renaissance Plaza.