‘A lot to be thankful for’ – Celebrating 108 Years

SCRANTON, Pa. — This week in 1911, Ronald Reagan was born and so was Irene Cinquegrani. Irene lived in Scranton her whole life, worked in a bank until she... 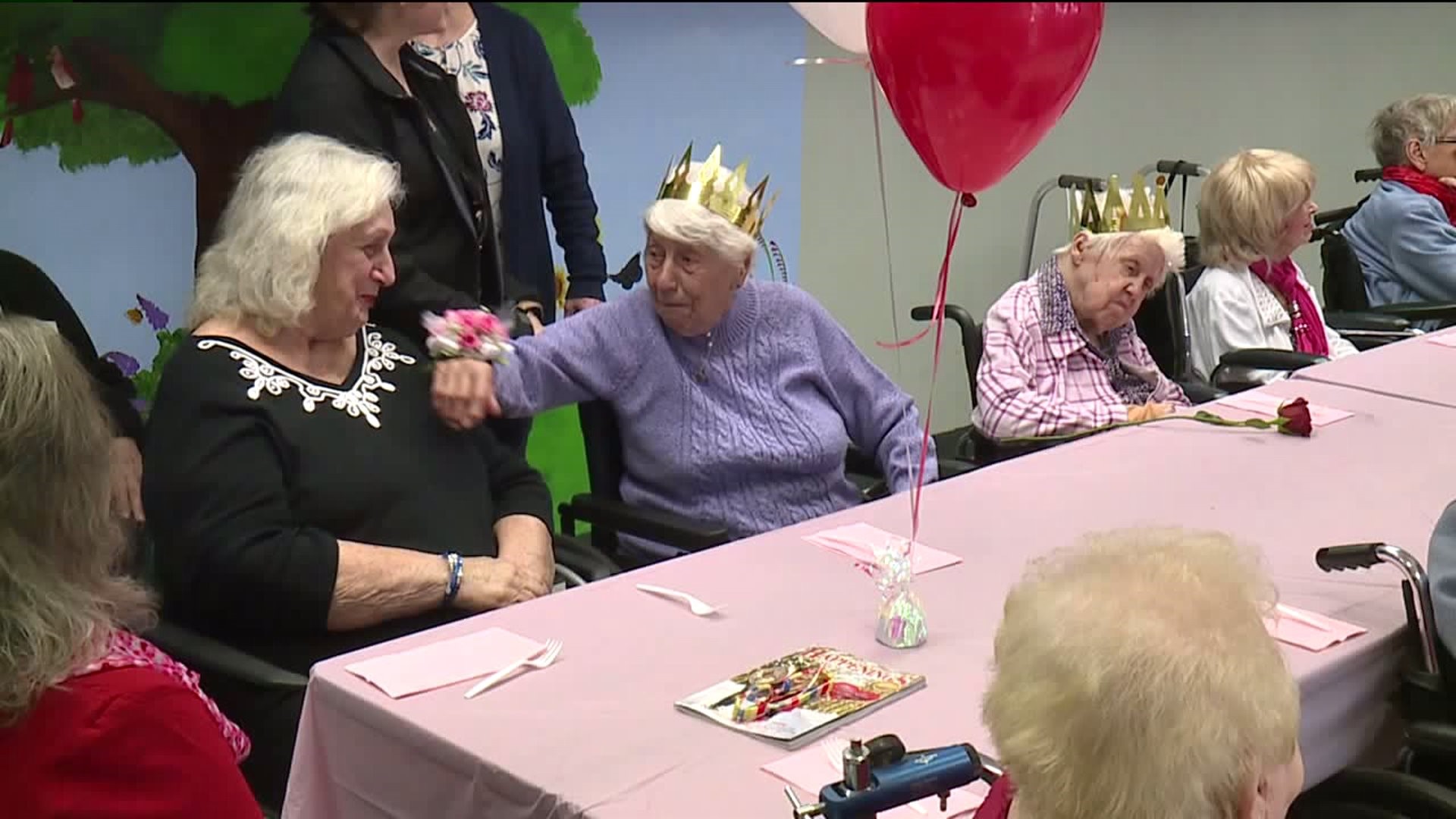 SCRANTON, Pa. -- This week in 1911, Ronald Reagan was born and so was Irene Cinquegrani.

Irene lived in Scranton her whole life, worked in a bank until she was 70, and on Monday she turned 108.

It was a birthday party for a queen at Green Ridge Health Care Center in Scranton. Irene Cinquegrani turned 108, and all of her friends and family were there to celebrate.

"I couldn't believe that I could be that old and still be alive. I have a lot to be thankful for," Irene said.

Of course, everyone in the room wondered the same thing: what's Irene's secret to living to 108?

"She never got married. She never drove a car, never lived alone, so we kid her that she's never had any stress in her whole life," Carol Cinquegrani said.

Although she doesn't have any children of her own, Irene has nearly 50 nieces and nephews spanning three generations. They say dressing up is still her favorite thing.

"If her hair isn't done, and she doesn't have her jewelry on, she's not ready for the day. And at 108, if you're still concerned about the way you look and how you live the day, that's a good thing."

Irene says she didn't want anything for her birthday, so she was shocked to arrive to a surprise birthday party.

"Very emotional, especially when it's about her. She likes to sit in the background. She never wants it to be about her."

"She just said to me just in the other room, 'Wait until I'm 109,' and we believe she could outlive us all. She's very strong-willed."

With plans already in the works for Irene's 109th birthday party, WNEP made the promise to be there.