A labor of love for our veterans

Over the past year, Alicia Lee has cleaned 256 veteran headstones. She hopes to increase the number to 400 by July 4. 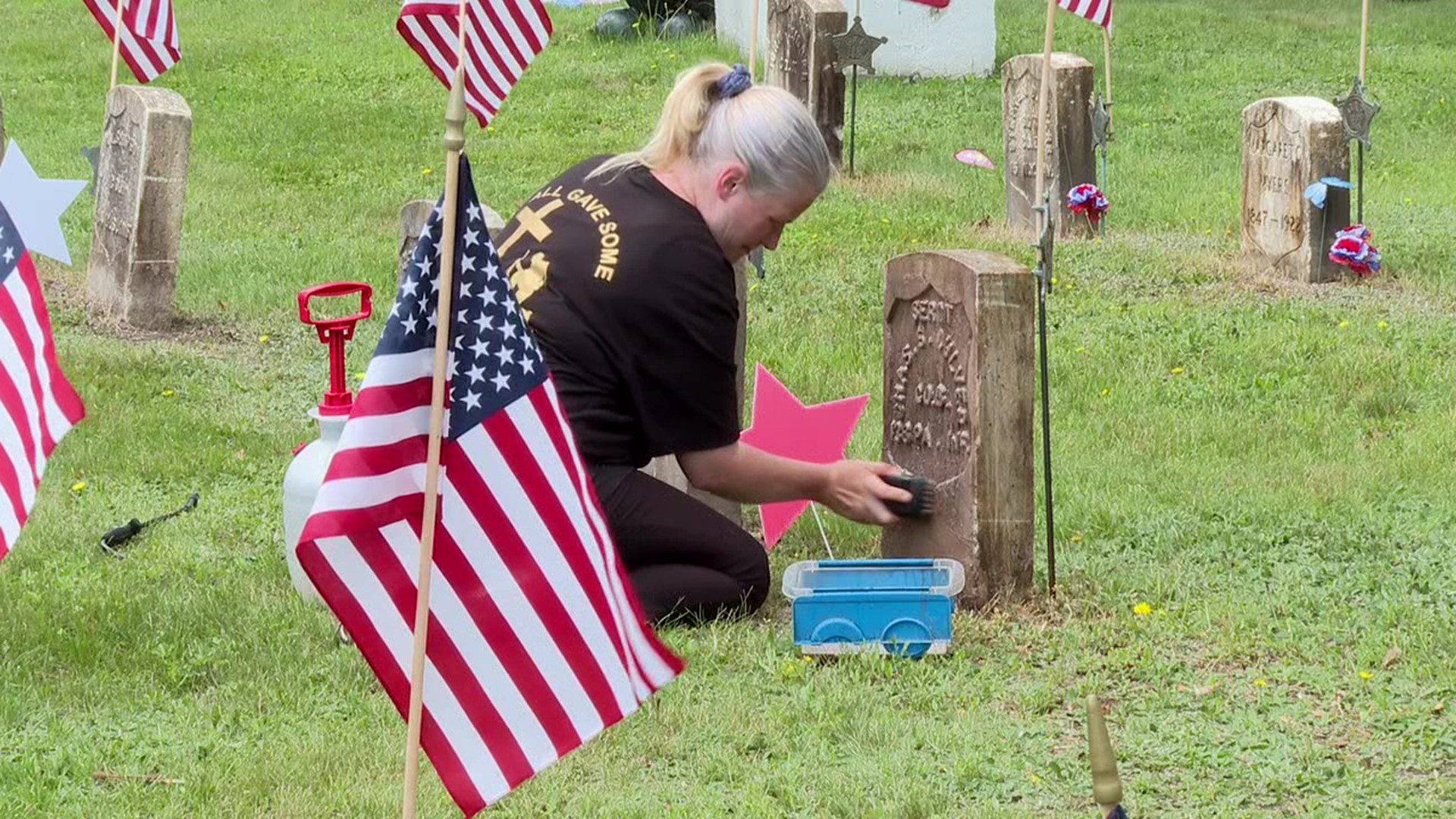 DUNMORE, Pa. — Under the trees in Dunmore Cemetery, you'll often find Alicia Lee. She spends much of her time giving back to those whose time was cut short.

"They're our fallen veterans, though. It's a little bit I can give back to them, for as much they gave back to us," said Alicia Lee with Jabbs Memorial Cleaning.

Lee calls it a labor of love, spending nearly every day it doesn't rain at cemeteries across northeastern Pennsylvania, cleaning veteran headstones for free.

With scrub brush in hand, Lee erases years of dirt and grime, washing away neglect, helping bring new light to each stone.

"A lot of people don't have family no more," said Laurie Petroziello, a Dunmore Cemetery lawn maintenance worker.  "It's just great to see the stones white again, like there's a lot of rundown stones, and I think really she's doing a good job with it."

The headstones Lee cleans are government-issued, meaning she's allowed to clean them without contacting family members, cleaning each stone with a solution that will preserve it.

It's a passion that started when she first cleaned her grandparents' headstones in Laceyville, but it didn't stop there.

Over the past year, Lee has cleaned 256 veteran headstones. She hopes to increase the number to 400 by July 4, encouraging those in the area to reach out to her if they have a stone that wants to be cleaned.

Carolee Green Vieira reached out to Lee to clean her father's headstone.

"I just can't even thank her enough and commend her for the job she does, and then she sends you a message that's it's been her privilege to do this."

One grave at a time, Lee hopes to give back a portion of what our veterans gave to us.