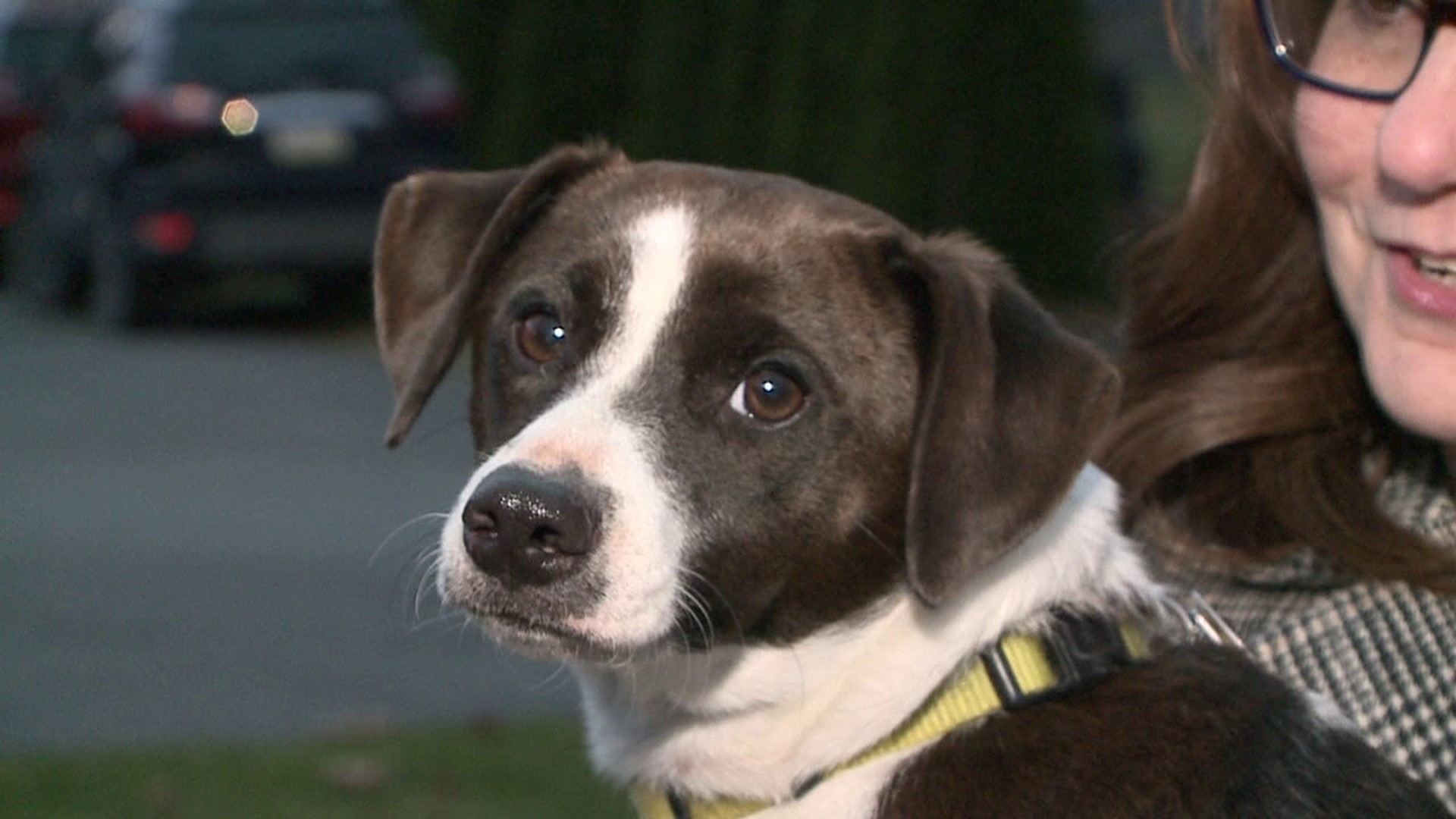 CARBONDALE, Pa. — Laura Swingle of West Virginia is counting her blessing this Thanksgiving.

She and her dog Gendry were reunited after being apart in different states for more than a month.

The 1-year-old, Jack Russell mix, went missing on October 15 in Carbondale when Swingle was visiting her family for a funeral.

"Whatever spooked him, and my husband came in and said Gendry just ran off, and he said Lila went after him and my daughter down the street. We just didn't think he'd go far cause he's not one to run off," said Laura Swingle.

Even after tons of searching and friends, family, and the community posting on Facebook, 40 days passed with no sign of Gendry.

But after all this time: a Thanksgiving miracle, just as she was driving back to Carbondale to visit family for the holiday.

"Phone rang, and I answered it, which I never do, and Glen, the man who found him, said, is your dog missing? And I said yes. Do you have my dog?" Swingle said.

It turns out he did.

Gendry traveled from Carbondale all the way to Glen Hallock's backyard on Court Street in Jessup.

He posted this photo and caption on Facebook, reading in part;

"The owner just left with Gendry. We were almost in tears seeing the dog's reaction to being reunited with his mom."

"You know, during the holiday season, they're just amazing," Swingle said. It's wonderful that people like them exist, and I'm just so grateful to them."

Besides for some cuts, sore paws, and losing some weight, Gendry is in good health.

Swingle says her family has even more to be thankful for this Thanksgiving.