A giant pumpkin grows in Taylor

The great gourd weighing nearly 2,000 pounds will soon be picked and sold. 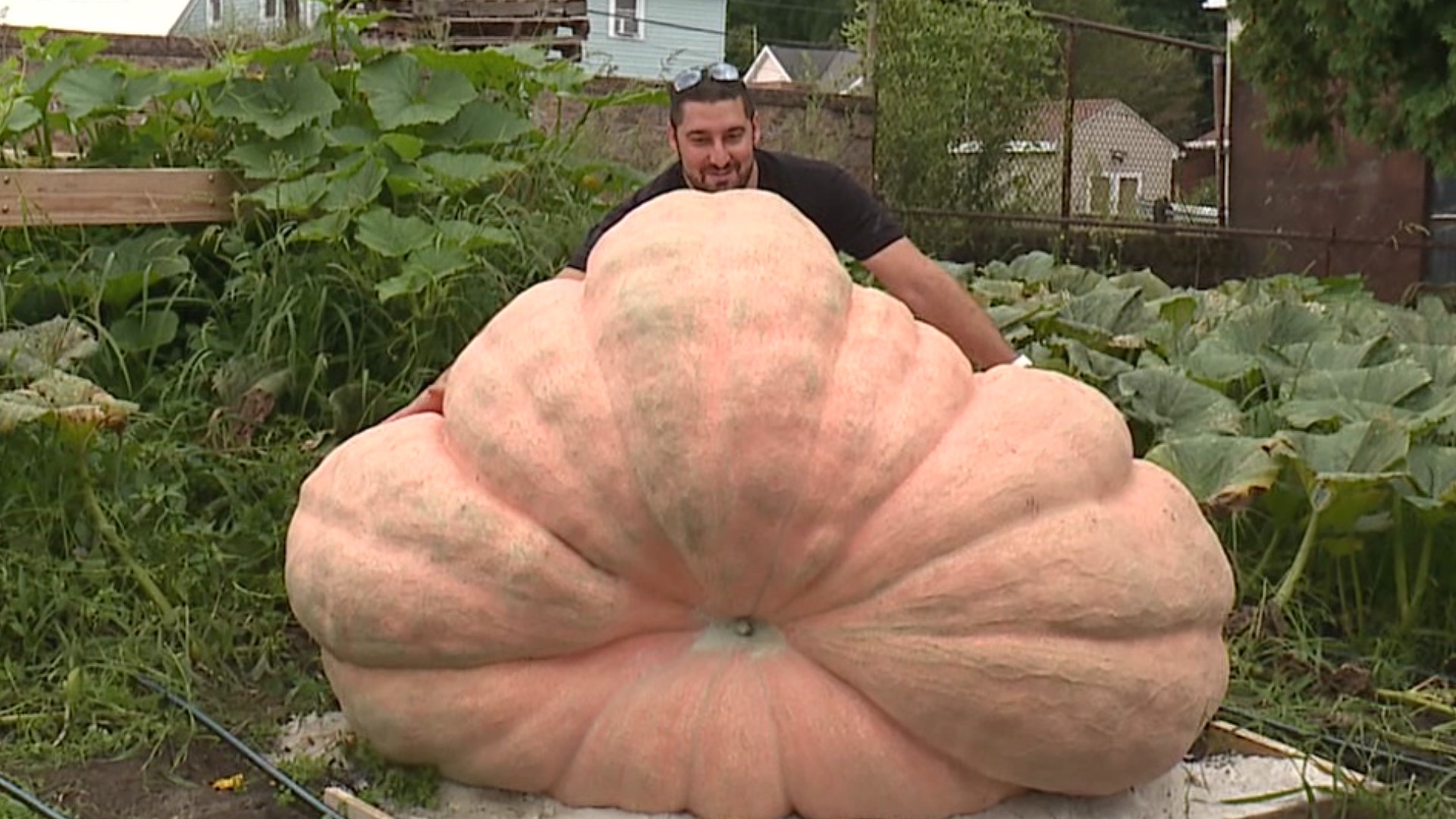 TAYLOR, Pa. — Five years ago, Matt Gawel's wife Alyssa asked him to plant a vegetable garden. Little did she know, he'd end up spending a few hours a day tending to just one vegetable.

Giant pumpkin growing has become Matt's passion. The man from the Moscow area moved his efforts to his grandmother's backyard in Taylor, where the pumpkin becomes part of the neighborhood every growing season.

"I realized you can grow them big, the first year was 950 pounds, and I kind of got hooked on it. It's cool to see; definitely not a normal average day garden that you see a 1,900-pound pumpkin," he said.

This year's crop is the biggest yet, weighing in at almost a ton. For a time, it was picking up 57 pounds a day.

"You go to work in the morning, and you come back later, you can literally see how much bigger it got. Especially week to week, when you see it, it's crazy to know it gained that much," Matt added.

The Gawels can gain a pretty penny for the pumpkin. Later this week, they'll pick it and take it to a weigh-in competition in Connecticut where it could fetch 7 dollars a pound.

Alyssa is currently growing a set of twins due in December. So soon, giant pumpkin growing will be a family affair.