A Chance at Singing the National Anthem

SCRANTON — Contestants sang the Star Spangled Banner in front of judges at the Mall at Steamtown in Scranton in hopes of taking the field before a game of... 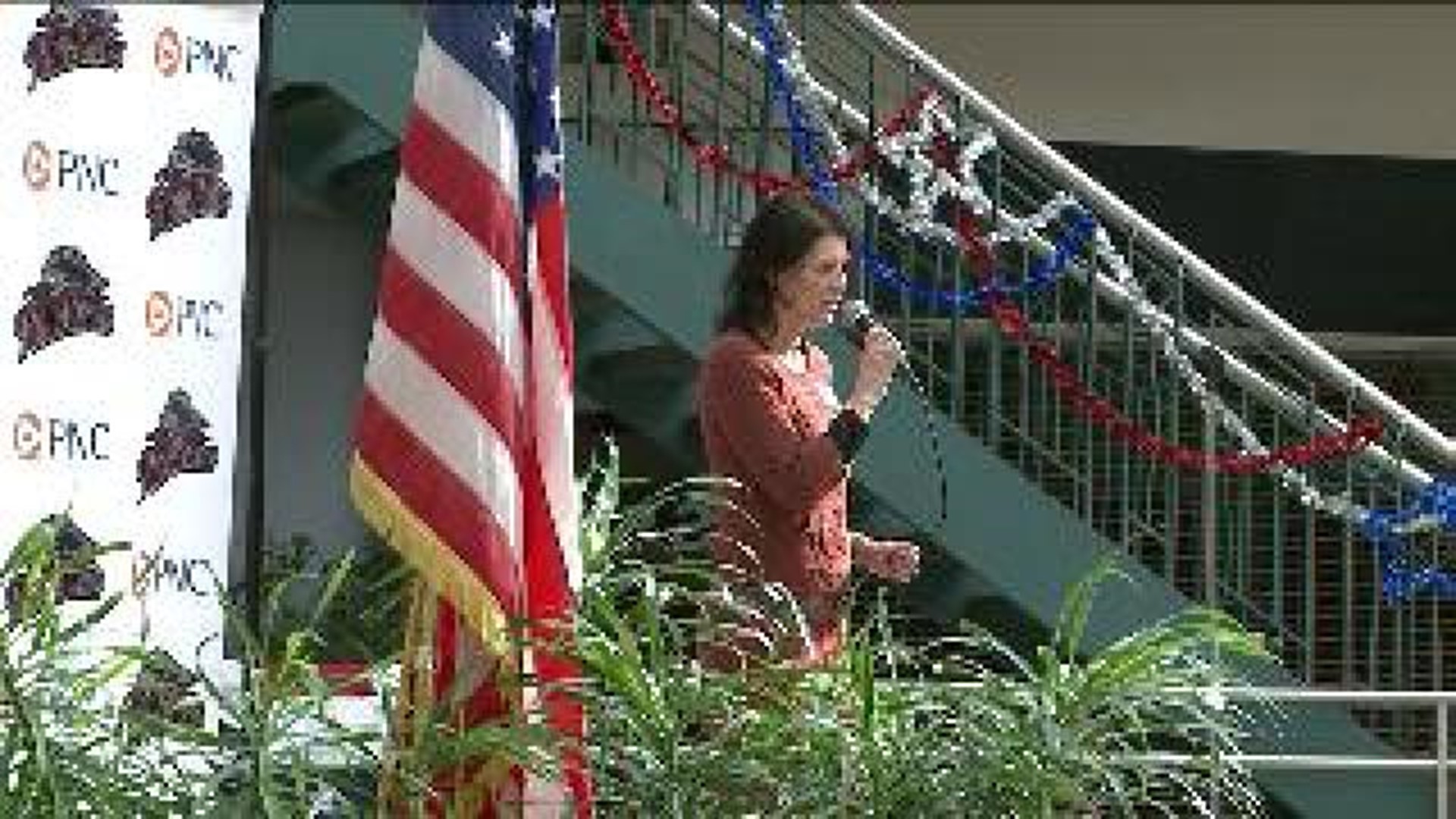 SCRANTON -- Contestants sang the Star Spangled Banner in front of judges at the Mall at Steamtown in Scranton in hopes of taking the field before a game of the national pasttime.

The halls inside the mall echoed with that well-known patriotic tune.

There were solo acts and duets, each one trying to impress judges enough to score a spot at PNC Field this upcoming season.

The Scranton/Wilkes-Barre Railriders were looking for the right person or group to sing the National Anthem in front of thousands of fans before a home game, in "Oh Say, Can You Sing?"

Tony Moran of Clarks Summit made the cut last season and was back on stage looking for another chance to sing this season.

"This is my 3rd or 4th, I made it last year, every year is tough but it's a challenge," said Moran.

The AAA ballclub's mascots - Champ and Quills - were on hand for the auditions and got in on the fun.

In order to make the cut, Newswatch 16's very own Sharla McBride was part of the judging team listening closely for the right pitch and tone for the Star Spangled Banner.

"There's a lot of people that go unrecognized, so hearing them sing that song which I believe is the hardest song to sing, and hearing people hit those notes, it brings a comforting feeling," said Kelsey Cunningham from Plains.

Cunningham had her shot last season as well and even sang before a game in which New York Yankee Derek Jeter played.

"I told everyone I was bringing everyone in the stadium, he was just an extra," said Cunningham.

Out of about 100 singers that tried out, there was a duo that did not use their vocal chords, but a couple trumpets in hopes of wowing the crowd at PNC Field soon.

"We made some incorrect notes here and there, we had a good time, we enjoy playing. The acoustics are great in the place, it's nice to play in here," said Steven Czumak from Johnson City, NY.

There are 72 home games this year so a lot of that talent that that tried out will be kicking off the baseball games this summer.