911 Dispatcher Meets Baby She Helped Deliver on the Phone

JESSUP, Pa. — 911 dispatchers rarely hear about happy endings, let alone get to meet them. But that actually happened on Wednesday when a dispatcher in La... 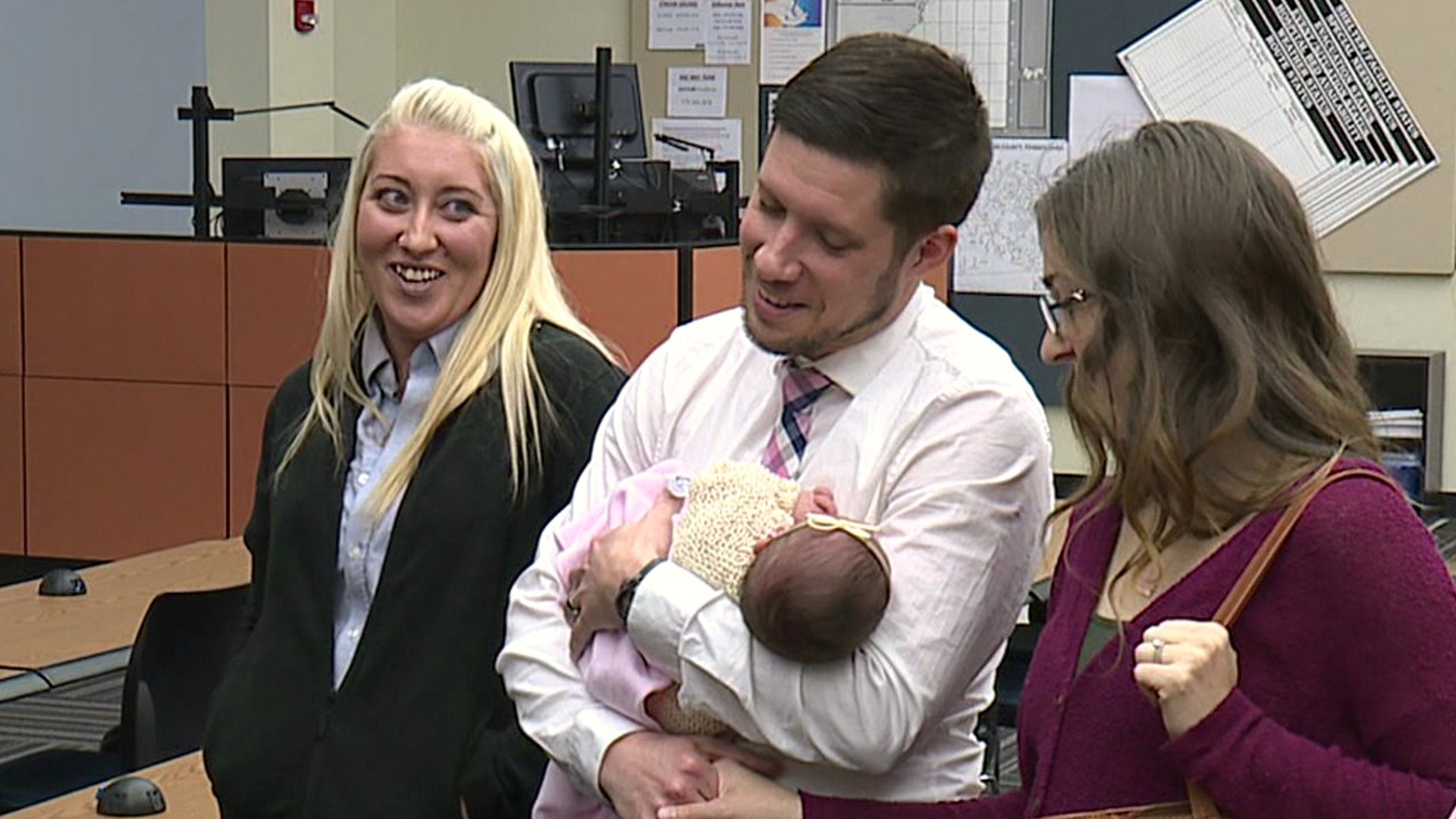 But that actually happened on Wednesday when a dispatcher in Lackawanna County got to hold the baby she helped deliver over the phone.

That special meeting happened at the Lackawanna County 911 Center in Jessup, the same place dispatcher Katlynn Aulisio was when she took that emergency call a little over a week ago.

There was a series of fateful meetings around 1 a.m. on April 17. One of them was over the phone.

Tim Benedict of Covington Township called 911; his wife Arlee was in labor.

"I hoped that meant an ambulance would come and it wasn't until a couple of minutes later that I realized that nobody was coming. It was going to be me," Benedict said.

The closest ambulance broke down on the way.

This is Tim and Arlee's fourth child and Katlynn Aulisio's first over-the-phone delivery.

"I have a dog, and he is my child, but other than that, no," Aulisio said.

Mom, dad, and baby Felicity came to visit Katlynn at work at the 911 Center in Jessup. It was a calmer meeting than their first.

"Knowing that she was the reason that she was safe and OK, and she had talked Tim through the whole ordeal and kept him calm enough to do what he needed to do," Arlee said.

"Calm down. You just delivered your baby. You're in the clear. Relax, OK? This is going to be a story to tell your friends," Aulisio said during the 911 call.

Happy endings don't happen too often in the 911 business.

"It means a lot to me because we never get to find out the outcome," Aulisio said.

Nor do dispatchers get to meet them. Felicity's name means "intense joy."

"As far as the intense part goes, I just figured that described being parents. Little did I know intense would describe her arrival," Tim said.

Katlynn Aulisio was awarded a commendation by the Lackawanna County commissioners. She awarded baby Felicity with a stuffed giraffe.