ARCHBALD, Pa. — The Steamtown Marathon brings out hundreds of spectators each year to cheer for the runners as they wind through the streets of Lackawanna... 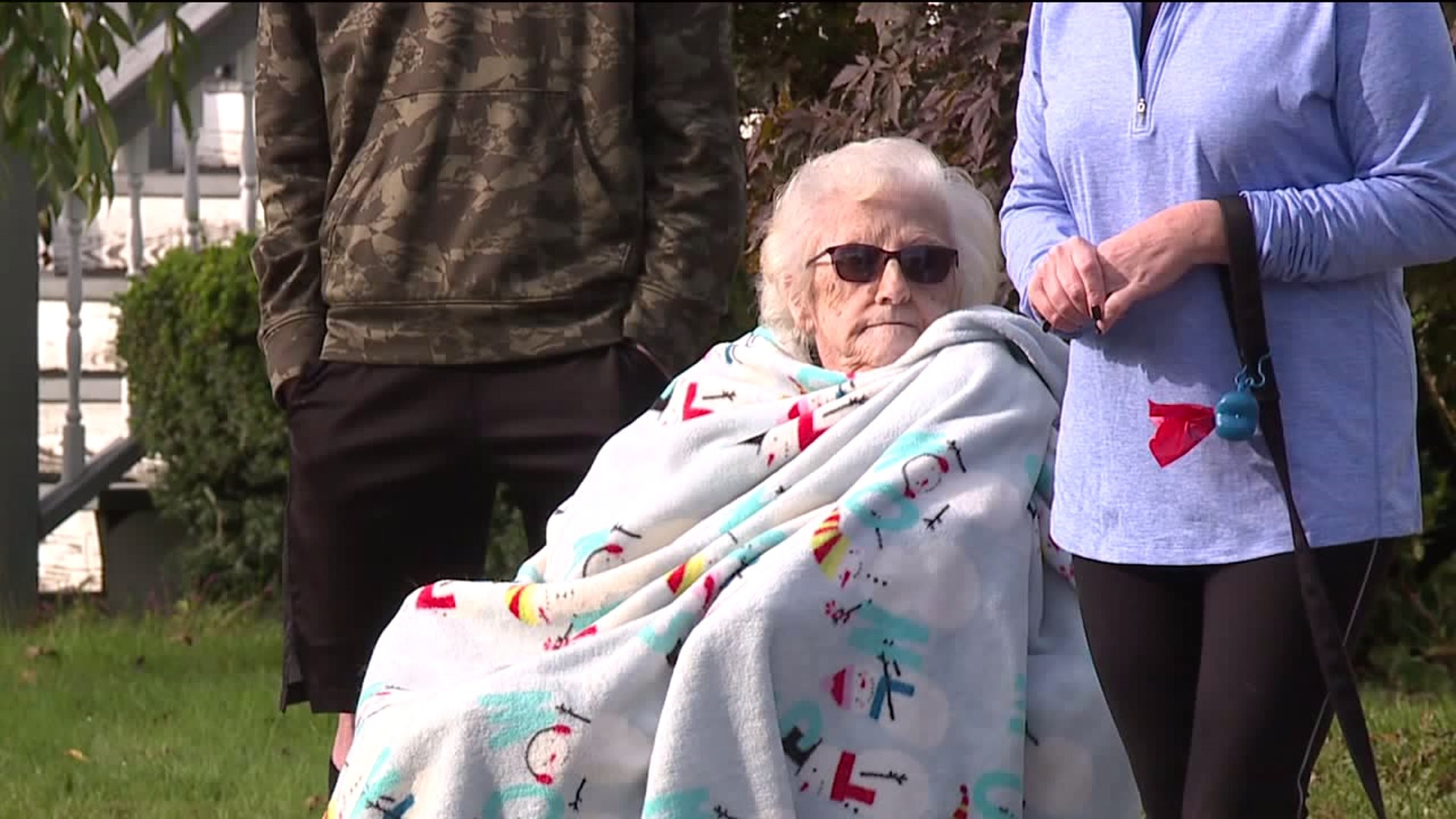 ARCHBALD, Pa. -- The Steamtown Marathon brings out hundreds of spectators each year to cheer for the runners as they wind through the streets of Lackawanna County, and it's an especially important day for one woman in Archbald.

"We started when it first started, with candy and water. We had hot days, freezing days, rainy days, and we look forward to it every year," she said.

But this year is different. After a fall, Marie went to live at a rehab facility. It would be the first marathon she would not be out cheering for the runners.

That's when her neighbors stepped in.

"We felt it very important to get her out of there for the day and bring her back to the tradition that she started," said Sean Osborne of Archbald.

Wrapped in a blanket with a space heater for extra warmth, Marie was on Laurel Street with her neighbors as runners passed by.

And while she says she is no longer in charge, her neighbors know she still calls the shots.

"We wouldn't know what to do without her. That's for sure," Osborne added.

"It's wonderful! When you see them running, coming down, and the sirens on the motorcycles and everything, it's really thrilling," she said.

Even at 90, Marie says she plans on being back here next year.

"It's exciting! It puts life in our bones," Marie said. "As long as I'm here, I'm going to try and keep it going."

With so many willing to help, it seems like Marie's tradition is in good hands.